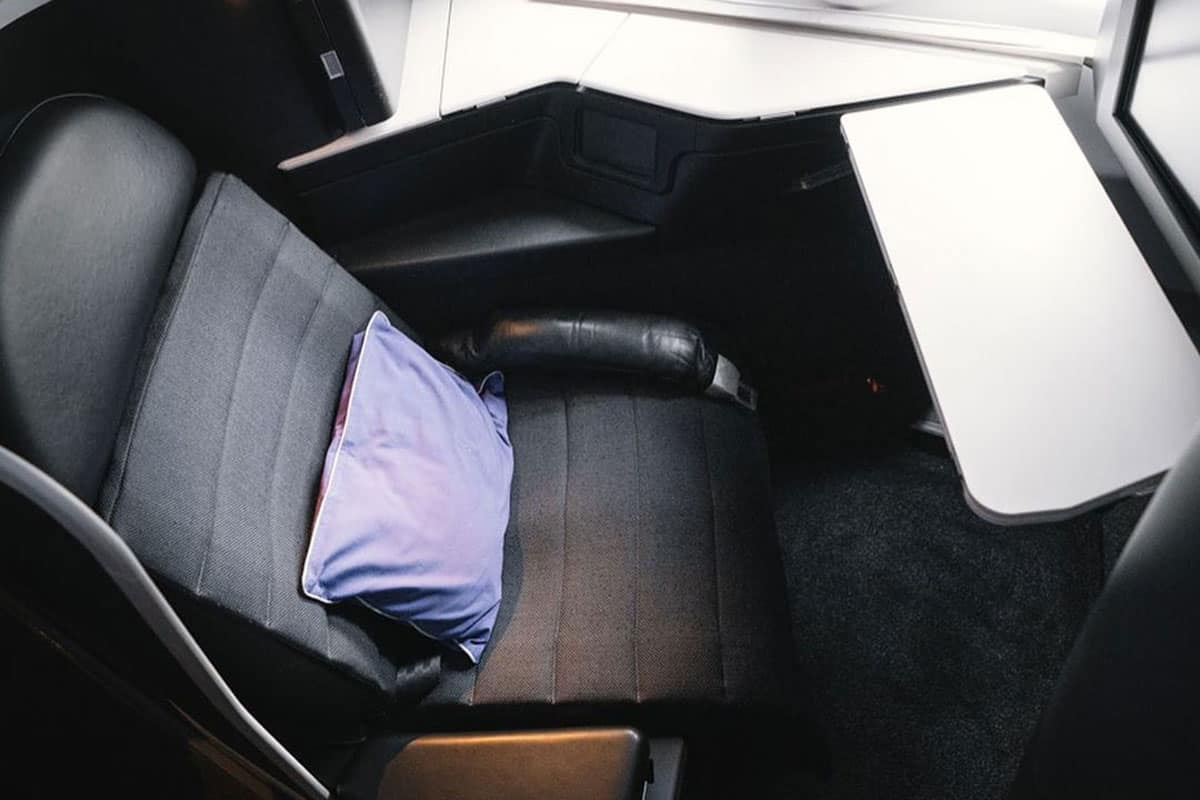 From Qantas’ Queen of the Skies being axed to the return of international leisure travel being pushed back again and again, it’s been a rough year on the Australian travel industry. The lack of air traffic caused by the pandemic has led a number of airlines around the world to go under, with Virgin Australia being one of them, going into voluntary administration in April.

After going through a sale and restructuring process, Australia’s second fiddle airline is making moves to bounce back, with the financial backing of bidding war winner Bain Capital. The airline’s latest announcement showcases a number of these changes – many positive. There was one, however, which may strike fear into some business class passengers’ hearts.

As part of its recovery plan, Virgin Australia will revert to an all Boeing 737 fleet. While this has been expected for some time, it has now been confirmed in an official statement.

In a devastating blow to Australia’s business class connoisseurs, Virgin Australia will remove the ATRs, 777s, A330s, and A320s from its fleet.

This leaves 29 Boeing 737-800s on the books – jets which feature 2-2 business class configurations. While there are worthy planes, this will leave some business class passengers disappointed – especially as the axed A330s and 777s featured what many have called the best business class in the world (which came in a 1-2-1 configuration that gave direct aisle access to every passenger).

Such a sad day for Australian aviation. With 3000+ Virgin Australia staff to lose their job. Also RIP to the best domestic business class product in the WORLD. Moving forward there will be no long haul flights, B777 and A330. I hope the economic ruin created this year will all be worth it in the end. I doubt it 😔 #virginaustralia

Of course, in the scheme of things, it’s not the biggest thing to be complaining about. But as the last few months have shown, there’s little some pointy end passengers (ourselves included) won’t complain about.

RELATED: Ridiculous Rants Prove Business Class Passengers Are The Worst In A Crisis

Tigerair will also be killed off, Virgin Australia has said, “as there is not sufficient customer demand to support two carriers at this time” while Tigerair’s Air Operator Certificate (AOC) will be retained to support optionality to operate an ultra-low-cost carrier “in the future when the domestic market can support it.”

Virgin Australia’s reasoning for the changes? Their current mission is to “overhaul the cost base, and simplify everything, starting with the fleet,” the airline announced yesterday.

Virgin Australia also acknowledged the stripped back fleet would not be sufficient once international travel returns as normal.

“Long-haul international operations are an important part of the Virgin Australia business. However, given current international travel restrictions, the airline will continue to suspend flights to Los Angeles and Tokyo with the intention to recommence and grow long-haul flights when sufficient demand returns.”

“Customers will continue to have access to international markets through the airline’s codeshare partners.”

Once demand for international travel returns, Executive Traveller reports, “Virgin will have an all-new international fleet, with Boeing 787 Dreamliners previously earmarked for both Asia and the USA.”

These updates come as part of a six-point plan geared around overhauling the cost base, focussing on customer value, harnessing culture, investing in world-class digital and data technologies, creating a strong balance sheet and boosting jobs and future growth, which can be read in detail here.