He’s the hero soccer deserves, as well as the one it needs right now: Zlatan Ibrahimovic is one of the most exciting and entertaining personalities in modern professional football.

The imitable Swede is not only known for his prowess on the field, but also for his larger-than-life persona. It’s hard to tell how much of Zlatan’s outrageous ego is just an act or if he’s genuinely just a narcissist, but the brash A.C. Milan striker has undoubtedly drawn scores of new fans to the game over the years. He’s a captivating figure: people want to see what he’s going to say next, or which goalkeeper is next on his chopping block.

Such a heroically egotistical man naturally requires a statement-making automobile, and Ibrahimovic’s latest ride perfectly suits his personality. Docking in Porto Cervo, a stunning seaside resort town in Sardinia, Zlatan hopped off a superyacht into his new Lamborghini Urus SUV, a beast of a car that seems like the perfect ‘Zlatmobile’. 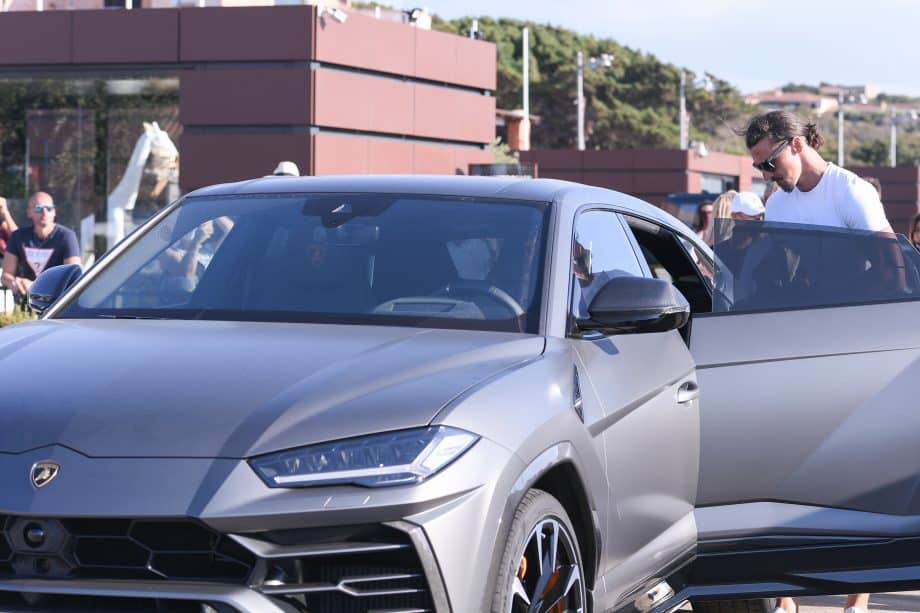 Keeping his cool while being mobbed by fans, ‘Ibra’ stopped briefly to sign some jerseys and then made a quick getaway in his new ride.

The Lamborghini Urus has proven to be one of the most successful models for the Italian sports car manufacturer in recent memory. Despite weighing in at 2,200kg, the Urus makes a healthy 478kW and 850Nm from its 4.0L twin-turbocharged V8 – it’s not your average Toorak tractor.

Lamborghini’s current design language emphasises sharp angles and aggressive air intakes, which has led many observers to compare the Urus to the ‘Tumbler’, the aggressive Humvee-esque incarnation of the Batmobile from the 2008 Batman film The Dark Knight. We’d imagine that Zlatan would quite like the Batman comparison.

There’s been speculation as to whether Zlatan will pen another deal with his current club A.C. Milan or whether he’ll leave San Siro for greener pastures abroad. Buying an Italian car and holidaying in the Mediterranean, however, would seem to send a message that he’s quite happy staying in Italy for the time being.

In any case, it’s a brilliantly bold car for an even bolder man.