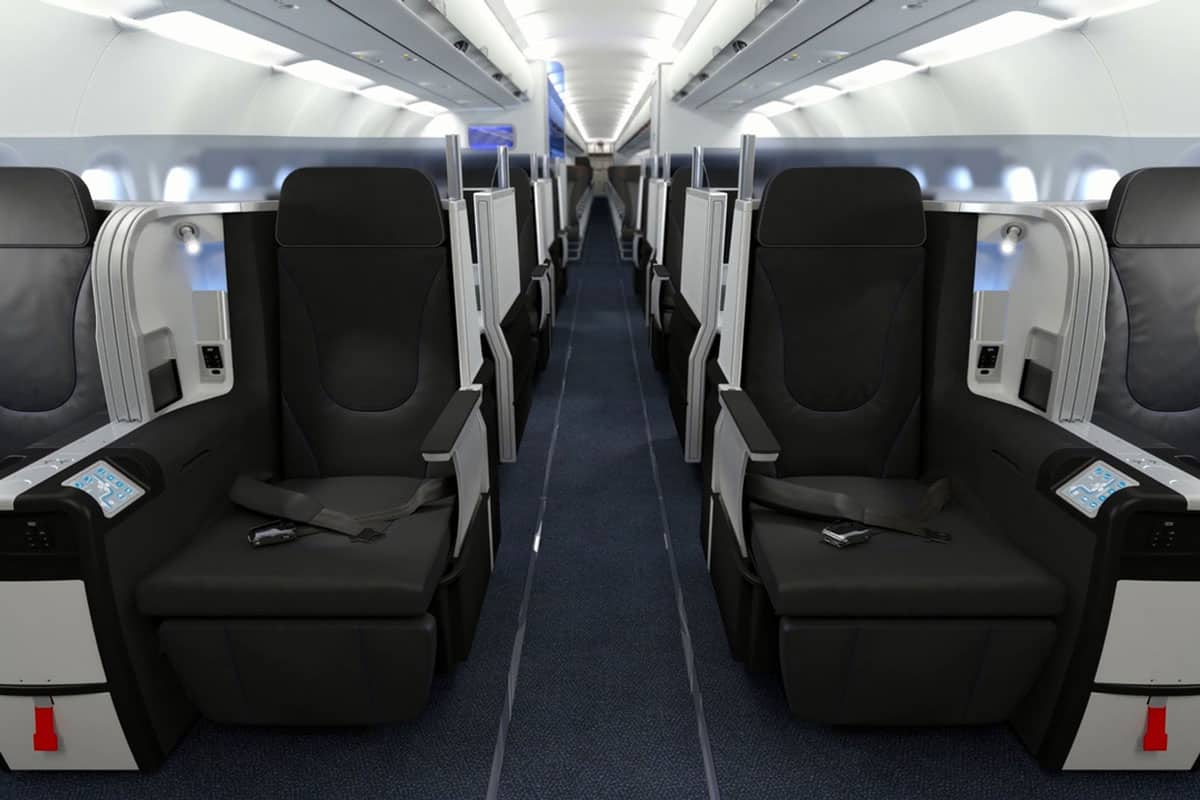 Entitled passengers. Absurd requests. Losing your seat belt. Though business class is curtains apart from economy (at least at The Pointy End you aren’t clambered over by your neighbour every 30 minutes), we all still have our bug bears.

That’s at the best of times. In this current era, with a pandemic in full swing, there are more pronounced safety concerns. Most people are pulling together to mitigate them. Masks are now being worn with a grim acceptance (if not relish) by everyone and the concept of personal space in public has seen a welcome renaissance.

However, there is one pet peeve that does not appear to have gone away – passengers standing up as soon as the plane lands. Not only is this irritating (not to mention futile) at the best of times, but many are infuriated to see it happen during a pandemic (when you are supposed to stand up ‘Mexican wave style’ – when the people in front of you are already well on their way).

Enter: business-class blogger Zach Griff, a professional connoisseur of the pointy end space. Mr. Griff recently took to Instagram to share a video of passengers committing this very crime – along with a call for airlines to do better.

“The pandemic has caused airlines to rethink many elements of the travel journey. But in the video above, you’ll see the one major social distancing challenge I’d like to see airlines fix — deplaning,” Mr. Griff wrote.

“On both of my recent flights, passengers popped right up when they heard the ‘chime,’ despite repeated announcements to stay seated… Not sure exactly what airlines can do about it, but it needs to be addressed.”

In the comments, some rather harsh solutions were discussed. One involved spikes in the cabin ceiling (“if you get up too fast you get a nasty prick, and develop a psychological disincentive to react to the chime too quickly”). Others were simpler: “mute the chime and keep the seatbelt light on and just have the flight attendants dismiss row by row.”

“Keep the entertainment systems going so people have a distraction while waiting for their turn to deplane.”

Other comments suggest this could be a uniquely American problem. One British flyer wrote: “I flew BA twice yesterday – my 1st flight since COVID and they made the same announcements and everyone did as they were told (may be a British thing) worked rather well.”

One Italy based flyer wrote: “I currently live in Italy and every airline I’ve flown thus far (Lufthansa and Alitalia) everyone sits until it’s their turn to deplane. Like it’s insane how well people listen. They don’t even need to make the announcement, it’s just an understood rule here and everyone follows it. It’s quite incredible. It’s like clock work.”

Other commenters argued it was not the airlines’ responsibility, emphasising that if passengers listened to the rules it would be a non issue: “Not sure if you’ve flown @delta recently but we make an announcement in the air and once we land about staying seated until the row in front of you is six feet away and retrieved their items.”

“The challenge you’ll face on any airline is enforcing said rule and people’s ability to listen to the PA announcement with Boise noise canceling headphones. Some things are simply out of the airlines’ control but we make a solid effort.”

To this Mr. Griff responded: “Absolutely… The same announcements were made on my JetBlur and United flights. As you said, people just don’t hear or care to listen… I’m not sure exactly what can be done about it (unlike boarding when you have a gate agent metering the process). But at least it’s a conversation starter.”

Will this trend be stopped in the future? Watch this (air) space.