“Virgil wishes his Benz was this clean.” 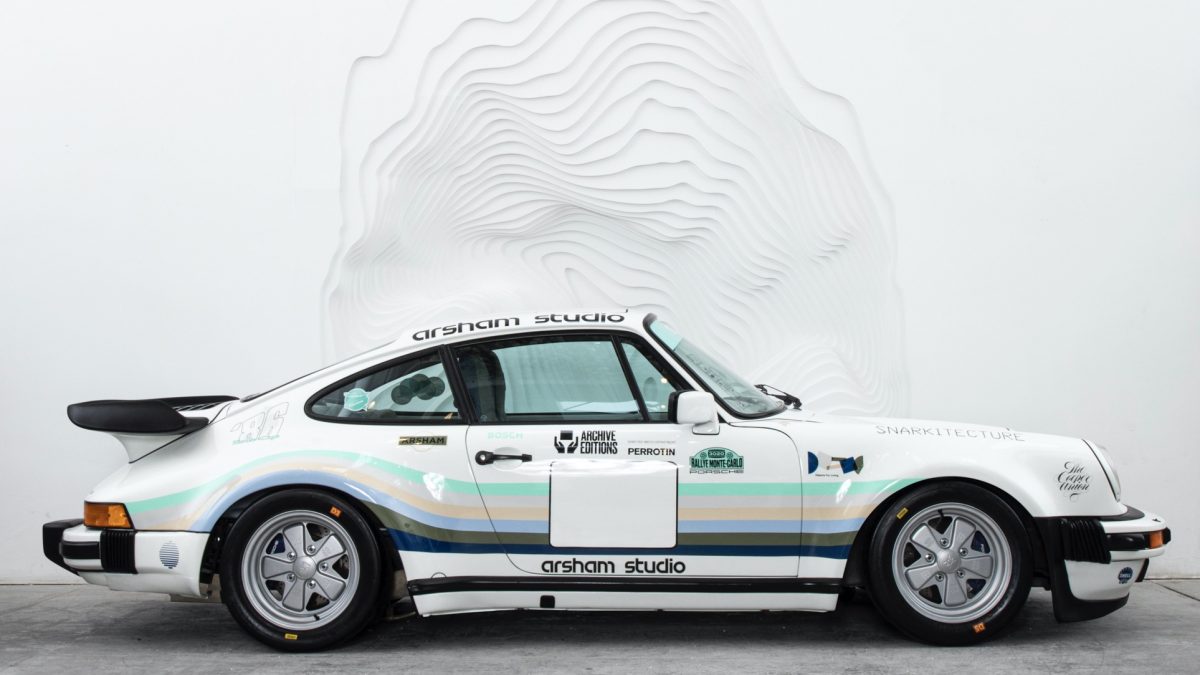 Daniel Arsham is one of the world’s most intriguing contemporary artists. Based in New York City, Arsham’s practice spreads across sculpture, graphic design, fashion and architecture among other fields. His distinctly postmodern style, influenced by his colour-blindness, is highly textural and thought-provoking: Arsham styles himself as a sort of artistic scientist or archaeologist, exploring ‘future relics’ and deconstructing physical forms, with crystals as a common motif.

He’s also a big fan of cars. Iconic motors such as the DeLorean DMC-12, Ferrari 250 GT California Spyder and Porsche 992 coupé have been the focus of sculptural works from the iconoclastic artist… But Porsche is undoubtedly his favourite brand; the artist particularly obsessed with the 911 Turbo (aka the 930).

It comes as no surprise then that Arsham would choose a 1986-model 930 for his latest ‘art car’ project, which might just be the best car customisation ever completed in history.

“After two years of research, development and production, my second Porsche project is complete, the Arsham Porsche 911 Turbo ‘930A’,” the 41-year-old artist recently posted on Instagram.

“The 930A pulls from Porsche’s own illustrious racing history, combined with the language and ideology of my own studio… every aspect of the car was customized… the turbocharged engine and transmission were taken out and completely rebuilt. Aside from increasing the bore size on the pistons and powder coating select parts in Arsham Studio green, the 930A engine was expertly restored to factory settings.”

Many of the car’s customisations come courtesy of Arsham’s creative friends, as well as from brands he’s collaborated with like Dior, Apple and Rimowa. Indeed, the ‘frunk’ features a compartment specially designed for a Rimowa suitcase, and Dior iconography covers the car. (Arsham’s DeLorean previously featured in a Dior campaign as well.)

Highlights include the customised aluminium wheels in the style of the iconic 70s Fuchs magnesium rims that were fitted to many 911s over the years; hand-painted retro racing livery and gauges; an interior wrapped in leather and Arsham’s own ‘Objects For Living’ heavyweight canvas; and the man’s name absolutely everywhere – from the engine’s intake to the carpets and even the steering wheel. It’s his personal car, after all.

Australian former F1 champion Mark Webber has described the 930A as “the last word in bespoke Porsche art cars” and we’d tend to agree with him. While the ‘Arsham’ badging everywhere is a little egocentric, the car is incredibly tasteful. Arsham’s taken all the best features and spirit of Porsche in the 80s and distilled it into one incredibly cohesive, attractive package. 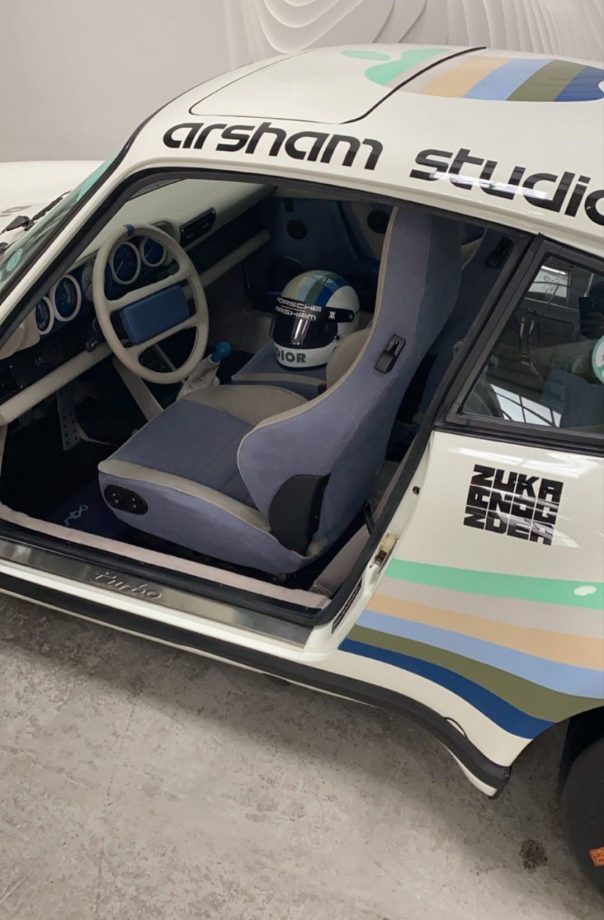 Arsham’s also got himself a matching helmet for his Porsche, he shared today on his Instagram story.

The hot take? It puts Virgil Abloh’s G-Wagen to shame – “Virgil wishes his Benz was this clean,” one commenter relates, another chiming in with “Arsham Porsche >>>> Abloh Mercedes”. Whereas Abloh’s G-Wagen is ungainly and almost gratuitous, Arsham’s 911 Turbo is restrained. It’s not a white elephant or elephant in the room, even – it’s a loving homage to everything that makes cars great.

The Porsche 930, better known as the 911 Turbo, was manufactured from 1975 and 1989. It was Porsche’s top-of-the-range 911 model for its entire production duration and, at the time of its introduction, the fastest production car available in Germany. American-market 1986 model year 930s made 210 kW and 377Nm of torque back in the day (slightly less than 930s in other markets thanks to emissions restrictions) but Arsham’s is likely to make a little more than that thanks to its increased bore size and immaculate fettling.

Read more about the 930A here.