Sometimes it feels like swiping through Tinder is more likely to leave you with RSI than a hook up or relationship. Enter: 2020. Now, not only is online dating as tricky as ever, but the global pandemic that’s underscored just about every aspect of life this year has brought with it another load of challenges.

Not only is the prospect of meeting up a potentially deadly one, but the number of people who aren’t actually interested in dating and are just taking to dating apps to crunch some boredom during this era of social isolation has meant that your chances of actually finding love are slimmer than ever.

Despite all that, we’re still shooting ourselves in the foot even when we cinch those elusive matches, as this Reddit thread reveals.

A woman in her late twenties took to /r/dating_advice to share a home truth with all lonely singles – but particularly straight men – “if you don’t communicate between dates, I’m gonna assume you’re not interested.”

“I don’t know if guys from apps are just not into me or kinda clueless as to how to date, but if we go on an in-person date and it takes you a week to text me at all to plan another one, with zero attempt at conversation or asking how I am, I’m gonna assume you don’t care that much. I don’t consider myself much of a texter, but absolutely no communication except planning for a week or two does not make me feel wanted. I literally have written in my bio to ask me questions. I’m sick of feeling like I just fill the quota of ‘girl’ in a guys life and that they don’t actually care to know more about me as an individual. End rant.”

It goes to show you can’t just coast on your looks on or after a successful first date: you need to put in the effort to keep the spark going (especially if you want to reach the sort of Johannes Huebl level relationship contentment depicted below).

One guy sympathised with the original poster’s frustration and offered their two cents:

“A text takes approximately no effort whatsoever. If you are interested in a girl, it’s so easy. A ‘how’s your day going?’ during the day takes three seconds to type. In the past I fell victim to the ‘I don’t want to come off as needy or too interested’ BS. If you like someone, just say that you like someone and talk to them. If someone in a dating situation can’t communicate that basic fact then it does not bode well for when the relationship has actual problems.”

But while there were many Redditors – male, female or otherwise – agreeing with our frustrated heroine, many others also thought there was a bit of a double standard at play.

The biggest question was if you’re frustrated that men aren’t messaging you, why aren’t you messaging them? Waiting a week hoping the guy to respond reveals you’re potentially just as bad as the men you’re decrying. “Phones work both ways,” one Redditor noted.

“I’ll ask some questions as try to out on a date and usually if things go alright [I’ll] organise another one. But if the girl can’t give decent answers, [doesn’t] ask questions, won’t also try to organise a date and I always have to text first… Just because I’m the dude doesn’t mean [I should be] putting in all the effort. I’m not desperate or in a rush and relationships are 50/50 so if I don’t feel like they’re putting in half the effort I can’t be arsed. If you want someone to text you. Try giving them a text. If they still don’t respond just move on.”

One point was that her bio might be working against her too, one male commenter related:

“If I saw something to the effect of ‘ask me questions’ in a woman’s bio, I’d be turned off by the one-sidedness of the request because I’d assume she’s looking for a performance or validation, rather than a conversation.” 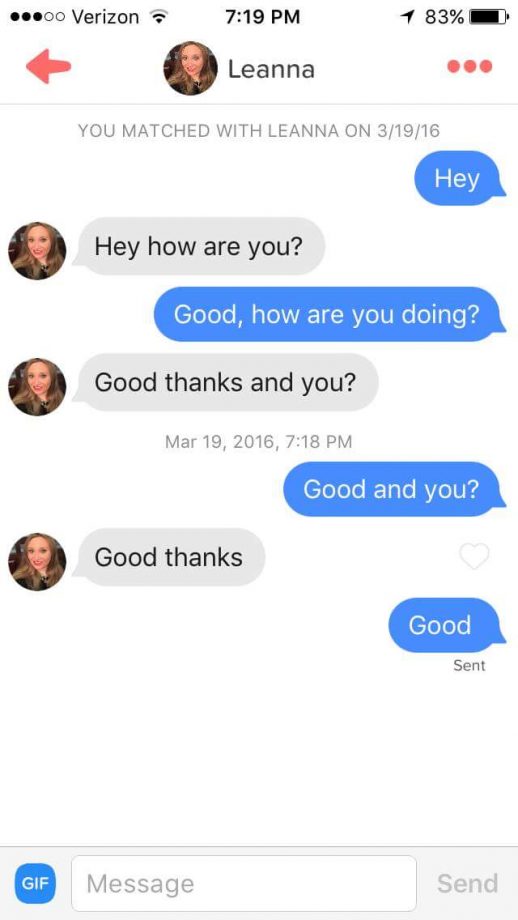 While no doubt many men are terrible at communicating, it also speaks to another truth about online dating: men almost always are expected to initiate. This is perhaps why apps like Bumble – where women have to make the first move – are so popular; they speak to a common imbalance in heterosexual dating culture.

A viral VICE UK article from 2019 which interviewed a 28-year-old straight dude who’d sworn off sex revealed that a big part of his ‘voluntary celibacy’ was a reaction to the frustration he experienced at always having to lead romantic interactions.

“There are a lot of things I do, or that I am expected to do, because I am a man,” freelance photographer Ian explained.

“The man has to take more initiative and drive forward and insist a bit more. It’s almost as if he wants it more than the woman he’s pursuing does… Recently, I was shopping and a girl in a shop started talking to me and asked me to try on a shirt she was buying for a friend who was the same size as me. Sure, she broke the ice, but I didn’t do anything, so nothing happened. The guy is always expected to drive it forward.”

While swearing off sex and dating entirely because you’re tired of taking the initiative is a pretty extreme reaction, it does reveal how outdated and persistent many dating norms are in our culture.

What’s the takeaway from all this, you might ask? Make sure you’re communicating effectively and meaningfully with someone you’re dating or trying to date, even if it feels like a bit of a chore. But also remember that if you’re the one doing most of the talking / initiating (or vice versa), it might mean you’re better off moving on. Don’t waste people’s time and don’t let them waste yours.