This Ambitious New Jet Design Could Be ‘The Next Concorde’

Back to the future. 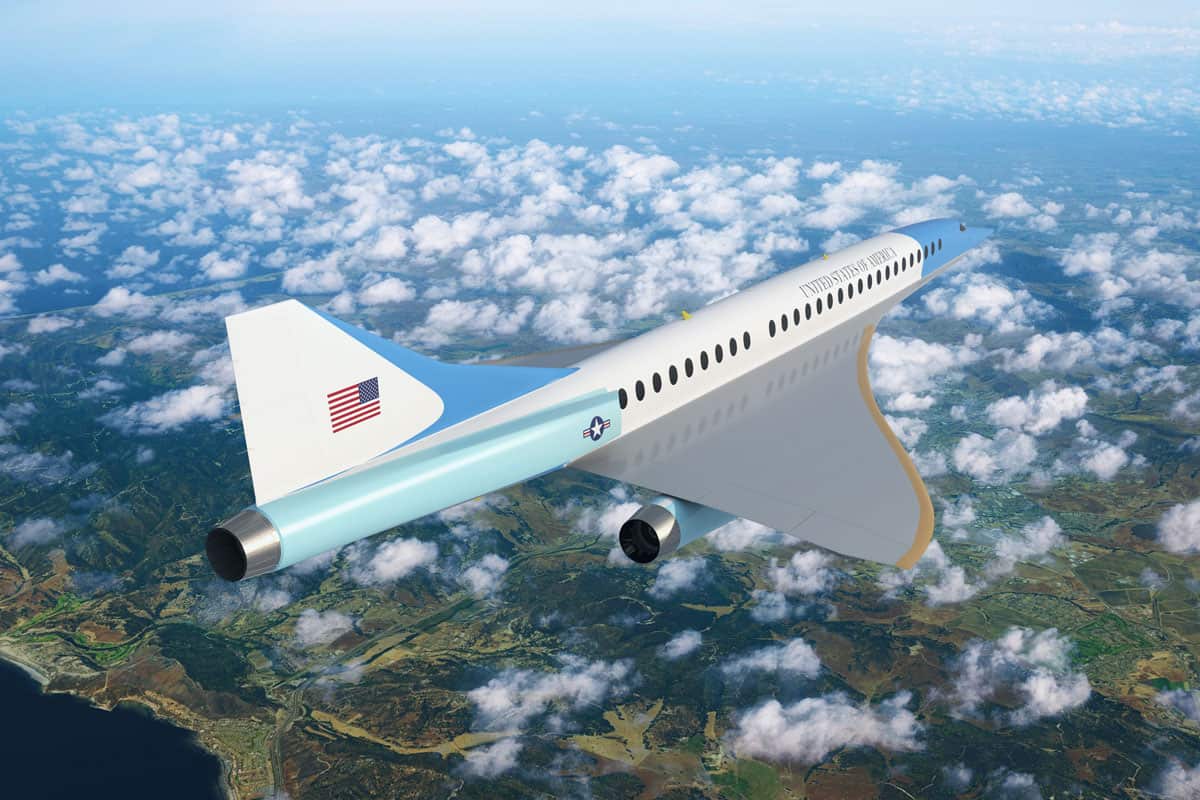 The Concorde was one of the most iconic jets of the 20th century. It was also the first major cooperative venture of European countries to design and build an aircraft (not to mention one of the few times Britain and France have collaborated in harmony). Suffice to say, when it made its first flight, on March the 2nd, 1969, it made history.

According to Brittanica, “The Concorde had a maximum cruising speed of 2,179 km (1,354 miles) per hour, or Mach 2.04 (more than twice the speed of sound), allowing the aircraft to reduce the flight time between London and New York to about three hours.”

When you consider that in 2020, modern jets fly from London to New York trip in 7 hours – more than double the time the Concorde used to do it in – it might spark you wondering: will we hit such milestones again?

For the moment it’s a no: the development costs of the Concorde were so great that they could never be recovered from operations, and the aircraft was never financially profitable. That, plus one of the most high profile crashes in modern history, meant the Concorde ceased flying in 2003.

Why do we mention all this? A supersonic Air Force One prototype airplane that flies at five times the speed of sound could hit the skies as early as 2025, with the US Air Force busy handing out development contracts.

“California start-up Exosonic is working on a low-boom supersonic Mach 1.8 twinjet which caught the eye of the US Air Force’s Presidential and Executive Airlift Directorate (PE),” CNN Travel reports.

“It was announced last week that Exosonic has been issued a contract to develop supersonic executive transport that could be used as Air Force One.”

“That’s on top of the news last month that Atlanta-based Hermeus Corporation, which is working on a hypersonic 20-seater that promised to deliver passengers from New York to London in 90 minutes, has received investment from the same directorate,” CNN Travel adds.

“Hermeus is partnering with the US Air Force and PE to develop its Mach 5 craft, pictured at the top of the article, in order to support the presidential and executive fleet.”

“Low boom allows travelers to fly at supersonic speeds without generating disruptive booms for those on the ground.”

A US Air Force One supersonic prototype could be rolled out by 2025, Military.com reports, while Exosonic co-founder and CEO Norris Tie told CNN Travel the company expects its supersonic plane to be flying by the mid-2030s.

Of course, this cutting edge technology is for military use, not civilian. But as history shows, exclusive new technologies, should they prove successful, have a way of trickling down to the masses.

Just think: even though Concordes were mainly used by wealthy passengers, should the jet have continued, it could now be the normal way of flying.

Likewise, normal jets, during the ‘golden era‘ of aviation in the 60s and 70s, were only for the world’s wealthy. Now they are (relatively) cheap as chips, with anyone with a spare grand able to traverse the globe.

The main problem Exosonic will face, if it wants to cater, in the future, to a market that goes beyond presidents and fighter pilots, will be commercial viability.

They would not be alone in their mission though if they were to turn that way: CNBC reported in 2019, “A return to traveling faster than the speed of sound is seen as viable for business class passenger within 4 years.”

CNBC reports Boom Supersonic, a 55-seater plane 30 percent more efficient and 30 times quieter than the Concorde and Aerion Supersonic, a 12-seater business jet that has the capability of flying direct from New York to Sao Paulo (to name just two) both have “first scheduled flights” for 2023 (it remains to be seen whether the pandemic will affect these dates).

These attempts at super-fast jets come amid other industry innovations, with a bizarrely shaped (non-supersonic)  ‘flying V airplane‘ and 500L ‘bullet’ plane both in the works too.