Lessons from the maestro. 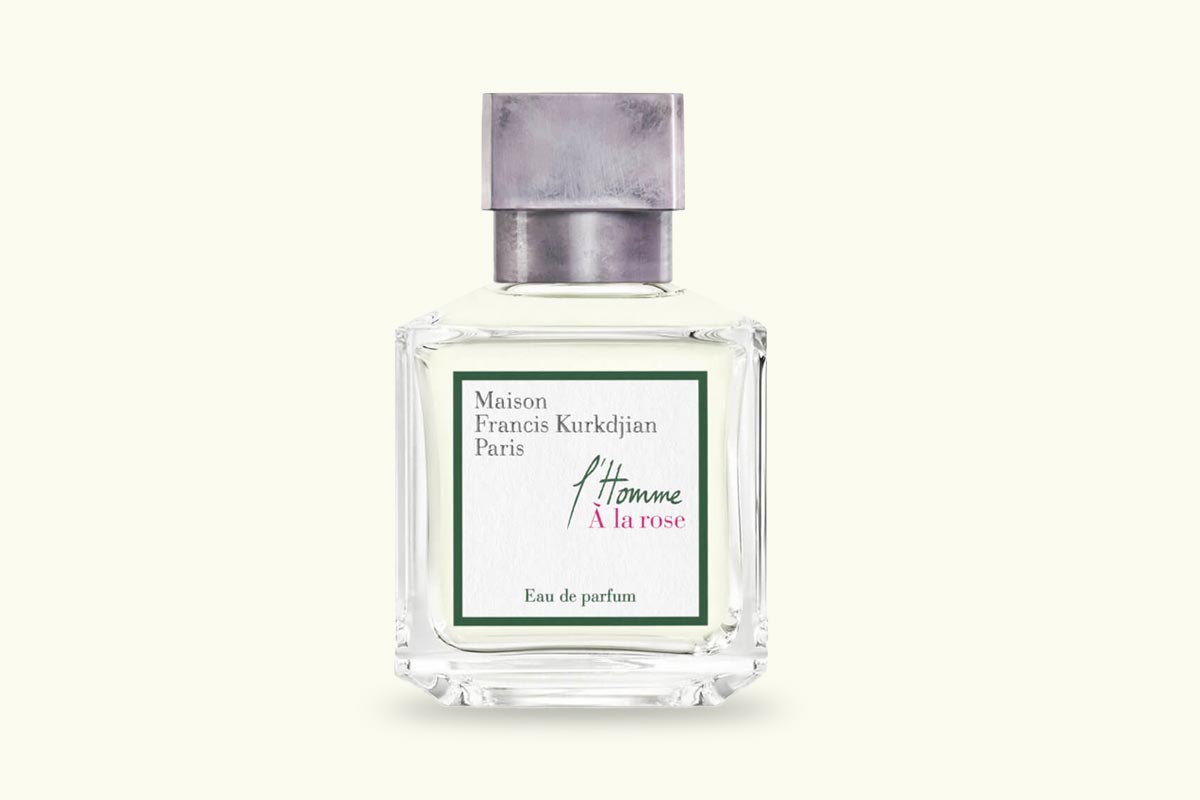 One unexpected side-effect of 2020 is that it’s got more men thinking about self-care and personal maintenance. Maybe it’s because we’ve all been locked up at home and we’ve got no choice but to focus inward for a bit; to invest in ourselves a bit more. Perhaps we’re so excited for the resumption of normal social interaction that we’re doing everything to make it a real celebration – new clothes, new hair, maybe even a new scent.

And while the rest of us have been bunkered down working on (or stressing about) our beach bodies, one Parisian perfumer has been hard at work blazing new trails in the world of fragrances, debuting a new scent that might just be the best way to up your grooming game post-iso.

Francis Kurkdjian is no stranger to innovation. The mastermind behind Jean Paul Gaultier Le Male (one of the world’s best-selling perfumes) as well as the creator of fragrances for the likes of Dior, Burberry and Yves Saint Laurent, Kurkdjian is a titan in the world of perfumes. In 2009 he founded his own label – Maison Francis Kurkdjian – which has quickly grown famous for its groundbreaking and luxurious fragrances.

One of his missions has been to confront gender norms within the world of perfumery. His latest men’s fragrance, L’Homme À la rose, continues that mission in cracking form – taking the traditionally feminine smell of roses and bergamot to a new frontier, adding a tantalising edge that makes it quite unlike anything else on the market. DMARGE chatted exclusively with the legendary perfumer, who revealed the secrets behind his creative process.

“I never think about the man – I focus on the scent,” Kurkdjian explains.

“I never want to have a specific image in my mind. It’s not about targeting someone specifically. It’s the bigger picture, no preconceived notions.”

“I don’t like stereotypes. Perfumery is filled with them… About how women should look like, and what type of hair they should have – long, short, blonde, dark [for example]. I think that the way I envision perfume is for a bigger audience. Maybe also because [Maison Francis Kurkdjian] is not a fashion house, but a perfume house… There is a big difference in the type of work I can do… When you work for a fashion house, you’re much more constrained. Each house has its own character, its own territory. Also, fashion is visual, unlike perfumes.”

The dominance of traditional luxury brands (think Giorgio Armani and Hugo Boss) in the perfume space has been challenged in recent years by independent houses such as Kurkdjian’s own Maison as well as brands like Sweden’s Byredo or Australia’s Goldfield & Banks. The rigidity of gendered fragrances is also being called into question, with independent brands leading the way – a movement that Kurkdjian has been at the forefront of, despite his recognition that perfumery faces an uphill battle when it comes to battling fragrance gender norms.

“I think it’s very traditional, and it’s very hard to change society, particularly on subjects like sexuality and sexual differences. When an idea; a concept is nailed into people’s minds for so many years, it’s like [it’s] in your blood. Your blood says blue is for boys and pink is for girls and cars are for boys and dresses are for girls and, obviously, it’s very very very hard to jump overnight from one idea to another.”

Kurkdjian is somewhat demure about his fragrance’s ability to change gender norms in perfumery.

“Men wearing floral notes is not as dramatic and challenging as changing people’s mind about [other things], but yet it’s [still] very difficult.”

“Perfumes are a reflection [of our society]. We always forget that… Trends change because society changes, not the other way around. And we must be very humble about that.” 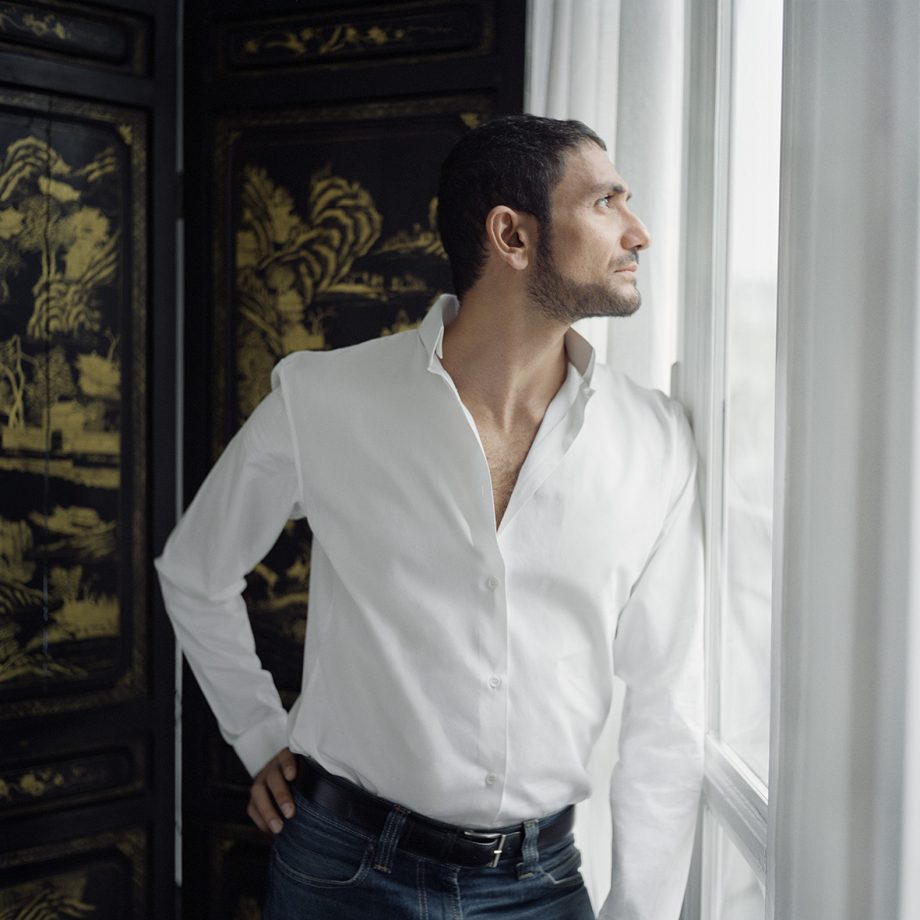 Another signature element of Kurkdjian’s creative praxis has been taking the best elements of Eastern perfumery and blending it with modern Western perfumery, a natural by-product of his Armenian heritage. There’s a lot we could learn from the Middle East in particular when it comes to perfumes, he relates.

“The Middle East is much more refined, in terms of taste than we are when it comes to perfumes. They pay much more attention to scents than we do.”

L’Homme À la rose, a woody, fruity fragrance that unabashedly lets its namesake rose scent shine through, naturally evokes the Middle East, where rose is a common ingredient in everything from food to, of course, perfumes. Men in the Middle East tend to be more experimental with their choices of fragrances than their counterparts in the West, and floral scents like rose aren’t considered ‘feminine’ in the same way that they are in the West.

Kurkdjian suggests that maybe Middle Eastern men are more comfortable with floral motifs in perfumery because of the Islamic world’s strong tradition of anti-iconism (as well as the technical aspect – as alcohol is haram, fragrances are essential oil-based instead of alcohol-based). Floral patterns in Islam are therefore less connected to gender than they are in the West. Yet he also points out that it was common for men in the French court to be more ‘feminine’: wigs, lace, makeup, heels, jewellery, and of course, floral scents.

“In the 19th century, they started to build rules. Gender rules. Men can work, women shouldn’t, men should wear black, women can wear colours but they have to wear dresses, not pants… After 300 years of this sort of brainwashing, we ended up with men thinking that wearing wood scents is very masculine… very alpha. But for masculine men, this will change. But it will take time.”

“At the end, we’ll still have male and female. The idea is just to allow people to express who they want to be. I think we can’t pretend these gendered messages in society don’t exist… But in my ideal world, everyone can just live the way they want to, while respecting other people. The only thing is to respect other people and to be kind to people. Otherwise you can do whatever you want.”

Kurkdijian explains that he doesn’t want to uproot the perfume status quo, but offer a new option alongside it. He still makes characteristically female and male scents – so he doesn’t want to totally tip the applecart, nor does he think that’s possible just yet.

“[For example] CK One became, at some point in the 90s, the biggest fragrance in the world, but it didn’t change much. It’s an addition to the market. Genderfluid fragrances, to have an impact on the market, will take at least two or three generations. It’s very hard of a sudden to say that a scent that on a primitive level has been considered feminine for so long is now masculine.”

Aside from genderfluid or gender-neutral fragrances, the other big trend Kurkdijian forecasts for the industry is a growing focus on sustainability. It’s something his maison is also ahead of the curve on, known for its sustainable practices in sourcing ingredients, such as using a protected grade of Laotian oud for his perfumes.

“Consumers want us to have the lowest impact possible. I think that’s very important.”

While Kurkdijian remains humble about his perfume’s effect on the industry, it’s clear that there’s a new guard of fragrances emerging – and any well-heeled gentleman ought to pay attention to what maestros like Kurkdijian are cooking up.

You can find L’Homme À la rose (as well as other male / female / genderfluid fragrances from Maison Francis Kurkdjian) at MECCA.