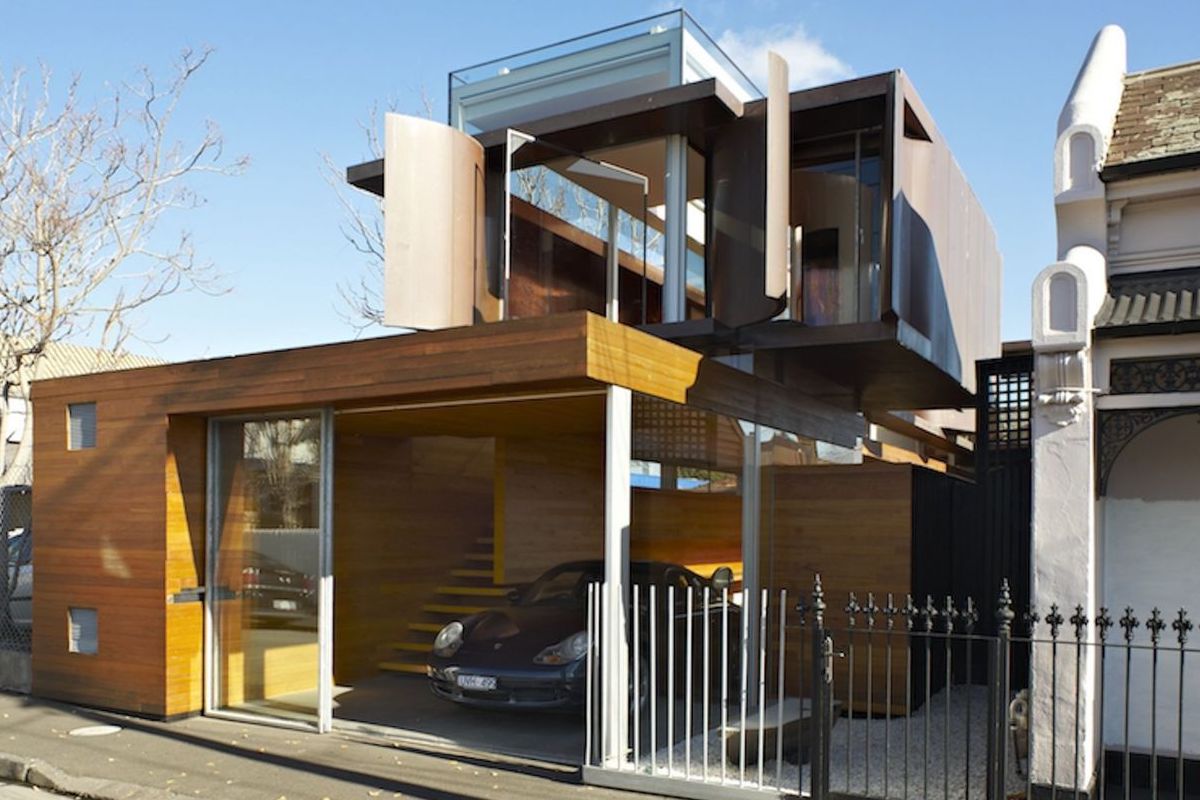 As a society, we’ve grown accustomed to the idea of package deals. Chips and a drink with a burger; a free set of headphones with a new laptop; even matching cufflinks with a watch…

Getting a free sports car when you buy a house? That’s a particularly novel combination. But that’s exactly what’s on offer with this spectacular property up for sale in Melbourne’s exclusive South Yarra neighbourhood.

7 Hardy Street, otherwise known as ‘Cloud Chamber’, is a spectacular two-story pied-à-terre that sits in stark contrast to the quaint little terraces on its street. The property, built (and now being sold by) acclaimed architect David Luck, is an ultra-modern townhouse par excellence that’s on the market for $2.18 million – although if you spend more than $2.2 mil, the owner will throw in a Porsche 911, too. 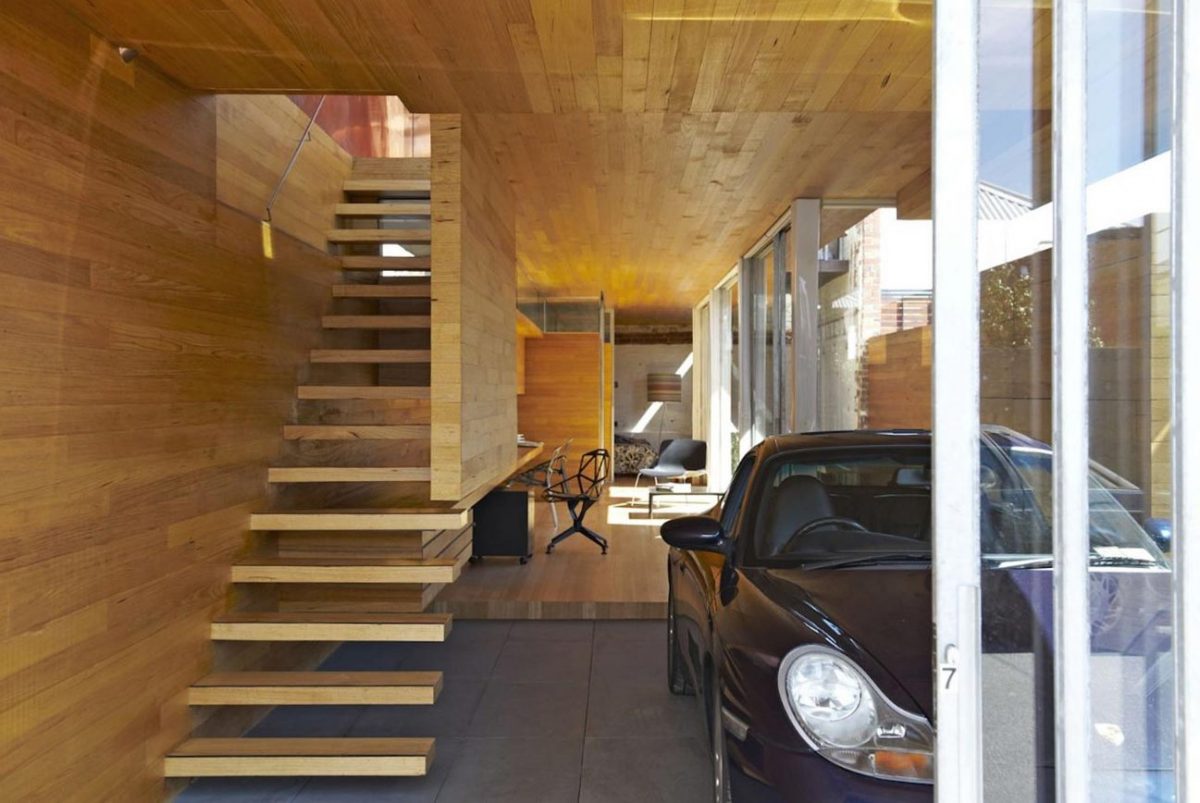 Until you realise it’s a Porsche 996… Widely considered the least desirable Porsche 911 ever made. Produced from 1997 to 2006, the 996 was the fifth generation of the venerable 911 line and was a huge step forward for the German marque, being the first water-cooled 911 and featuring a radically different front-end with ‘fried egg’ headlamps. The move away from air cooling as well as the divisive headlamp design instantly drew ire from Porsche enthusiasts, and it remains quite an unpopular model.

But let’s face it, the car’s really just a cherry on top of what’s quite a sweet little place.

David Luck shares with realestate.com.au that ‘Cloud Chamber’ wasn’t “your typical inner-city home… I really don’t like conventional layouts and plans, and I love the idea of houses being set up in a way you don’t expect.”

“It’s also a work-from-home space where we have divided downstairs as the office and upstairs as the home… it’s a very adaptable sort of house,” he said. 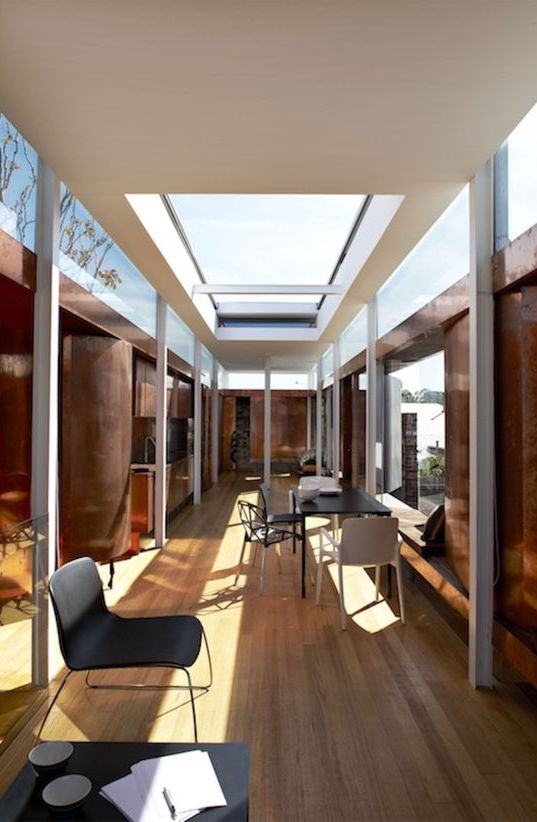 The acres of Victorian ash timber, unique cantilevered second-story rooms and adaptable living spaces are breathtaking, but nowhere near as impressive as the swathes of natural light the property is bathed in, thanks to its uniquely airy design.

“The opening roof makes you feel like you’re floating into the atmosphere… the home is very connected to the elements,” Luck relates.

“As you work your way into it, it opens up to the luxuries of the sky.”

Here’s our take: the property is superb, so you’d be silly not to have a punt. Enough said. You might not want the Porsche, but it’s still worth splashing out for: the cheapest Porsche 911 on Carsales right now in Australia is a 2002 model year, silver, automatic 996 listed for $45,700 in Perth. Even if you sold Cloud Chamber’s midnight blue 992 for half that asking price, you’d still be breaking even – and then some.

Check out Cloud Chamber on realestate.com.au… And if you’re looking for someone to take a 911 off your hands, drop us a line. We’ll take good care of it.