Justin Theroux is one of Hollywood’s most quietly talented men. Not only is he a great actor and voice artist, appearing in films as diverse as Romy and Michele’s High School Reunion, American Psycho and the new Lady and the Tramp, but he’s also a successful screenwriter, responsible for films like Tropic Thunder and Iron Man 2.

The cap is a particularly cool choice. IRAK was a notorious NYC graffiti crew and creative collective known for their prolific tagging during the 90s whose members have since gone on to work with everyone from Adidas to Virgil Abloh to Supreme and beyond. 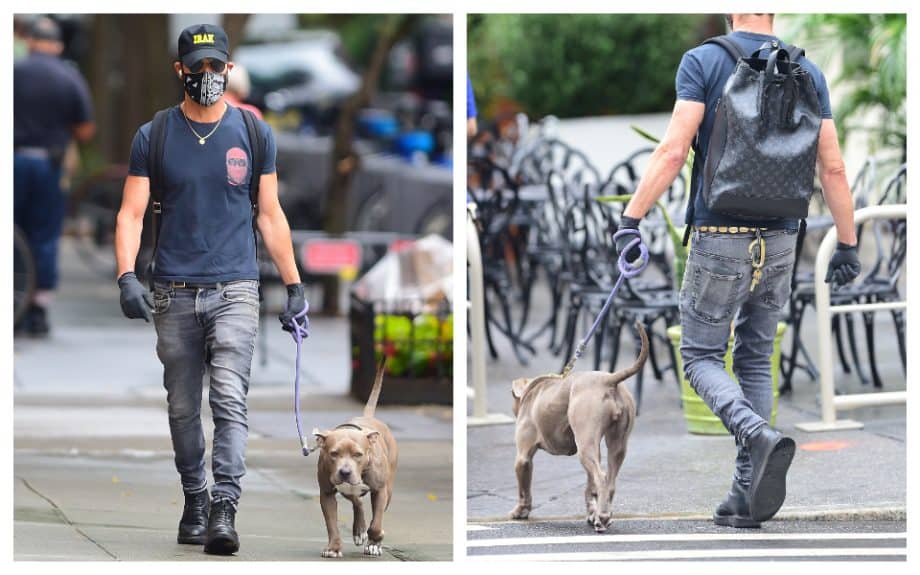 Not only does Theroux clearly have his finger on the pulse of NYC fashion – the tough, ‘urban apocalypse’ outfit topped off with that IRAK cap shows he know’s what’s good – his outfit reveals a timeless truth about Louis Vuitton as a brand.

Despite being one of the most well-known names in luxury; a veritable by-word for opulence; Louis Vuitton is endlessly versatile. The brand feels just at home in a rough-and-ready, casual dog-walking outfit as it does on the red carpet or at Paris Fashion Week. Despite being a stalwart of the fashion and luxury world, Louis Vuitton continues to evolve and innovate.

Part of LV’s relevancy and comfort in the world of streetwear owes a lot to rapper and fashion icon Kanye West (the “Louis Vuitton Don”) as well as his protégé – artist, designer, walking cultural bellwether and current LV menswear creative director Virgil Abloh, who effortlessly blends high and low culture as part of his signature style. Indeed, Abloh was spotted wearing an IRAK cap like Theroux’s at Nike’s 2020 Forum runway show earlier this year.

Another reason LV remains so timeless is that their leather goods are built to last. While these days LV might be just as renowned for their couture and accessories, the 166-year-old brand was founded as a malletier; a manufacturer of luggage and suitcases. Theroux’s backpack has been part of his everyday wardrobe for many years now – we wrote about him cycling with it back in 2018.

Whether or not you’re bold (or well-heeled) enough to pull off a Louis Vuitton bag as part of a dog-walking ensemble, you have to admit that Theroux looks cool as hell. Guess fashion’s just another feather in his cap…