Fit for a King. 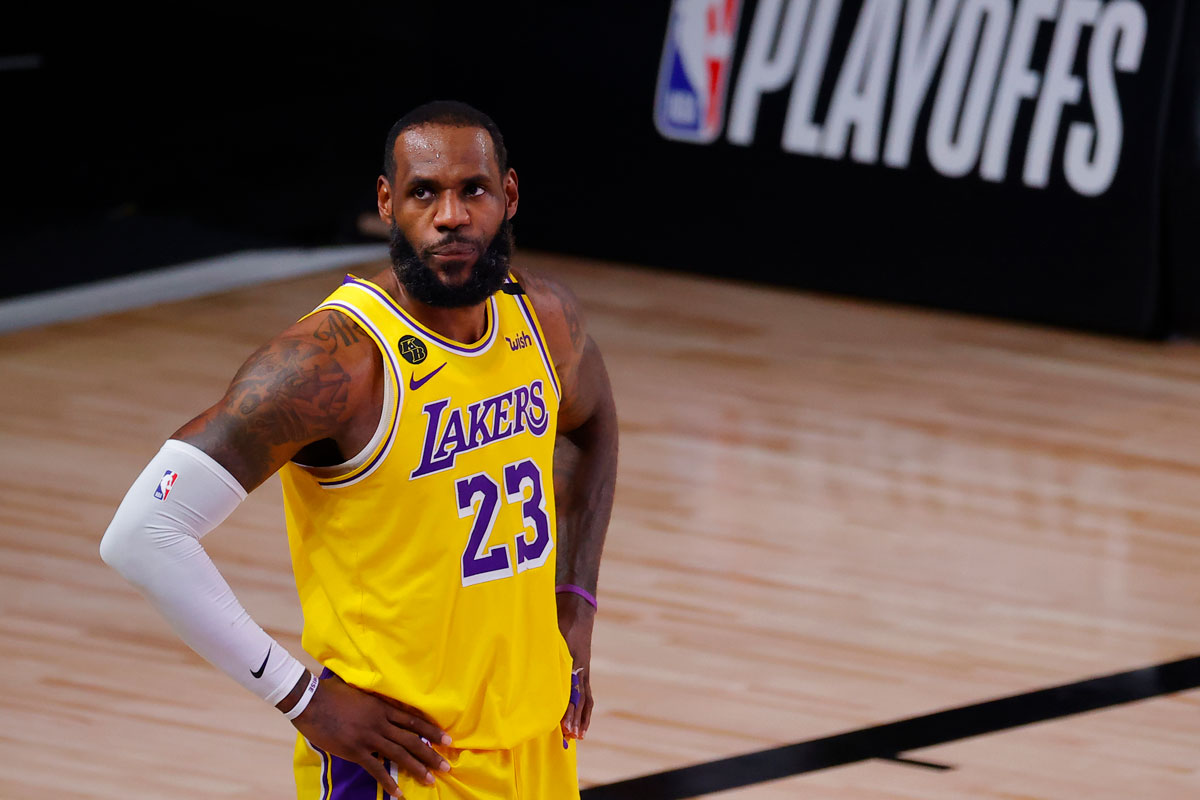 Professional athletes rock ridiculous rigs all year round. Some, such as Real Madrid defender Sergio Ramos, have even seen unreal body transformations within the past year to the point where they not only look unrecognisable but put the rest of us to shame with what seems like an unachievable level of lean muscle mass.

If we want any hope of seeing similar levels of fitness, we need to eat clean, train dirty and lay off calorie-dense drinks such as alcohol. At least, that latter statement is what we’re told and led to believe. LeBron James has clearly never drunk that particular brand of Kool Aid, with the LA Lakers power forward showing a deep love for red wine during his time in the ‘NBA Bubble’.

The NBA Bubble – also known as the Disney Bubble or Orlando Bubble – is the result of a US$170 million investment by the NBA to keep the season running in the wake of the global pandemic. 22 out of the 30 NBA teams entered the bubble, hosted at the Disneyworld resort in Orlando, Florida, where they have remained in isolation, with games being played behind closed doors, so that the season can finish COVID-free.

These isolation measures, naturally, require the NBA players to leave their home comforts while they set up camp in Disney hotel rooms. Going by videos LeBron has posted to his personal Instagram account, one of those comforts is red wine. In several videos, we can see either a stash of bottles on the floor, or LeBron has taken videos of himself glugging the good stuff and claiming his daily nightcap to be “Madden ’21 and [red wine emoji].” Whether he’s been gorging on “the worst f***king diet ever”, as has previously been reported, remains unclear (we would suspect if he’s been drinking wine, he’s not going to say no to some French toast in the mornings).

“My bubble nightcap every night.”

He’s not alone in this practice. According to ESPN, several other NBA stars, including JJ Redick of the New Orleans Pelicans have taken to drinking wine as a daily stress reliever (some players love wine, so much so that they have invested in their own brands). ESPN adds that between 700 – 1,200 packages arrive each day by various courier, where they are disinfected before being sent to their hotel room destinations. The sports broadcasting network claims that wine is one of the most popular and plentiful deliveries.

While it’s not clear if LeBron has followed suit, Portland Trail Blazers guard CJ McCollum has even gone to the lengths of ordering a wine fridge to keep the temperature of his bottles regulated, and he keeps his room thermostat set at 60-degrees Fahrenheit when he’s there and in the mid-to-high 50s when he isn’t, so as not to spoil his bottles of grog, ESPN reports.

But, rather than see these NBA stars as boozehounds who can’t bear to go 3 to 4 months without indulging in some grog, there may actually be some method to it that can aid with their performance on the court. Studies have shown that drinking red wine – in moderation, of course – can actually promote healthy blood flow in the body and reduce one’s chances of contracting cardiovascular disease.

The National Academy of Sports Medicine cites a 2018 study by Di Castelnuovo et al. that collated data from 13 studies with a total of 200,000 patients found that “red wine intake reduced atherosclerotic risk (the build-up of plaque inside the arteries) by around 37 per cent.” Further research found that the optimal intake for men is around “two drinks per day for men.”

While we don’t recommend you polish off a bottle of red wine each night in the hope it will gift you a similar physique to the likes of James, a glass or two could well bring positive effects, other than just simply helping you though these ‘unprecedented times’.