“Sleeping more than just barely enough to function with a boost of caffeine from drinking coffee by the gallon.” 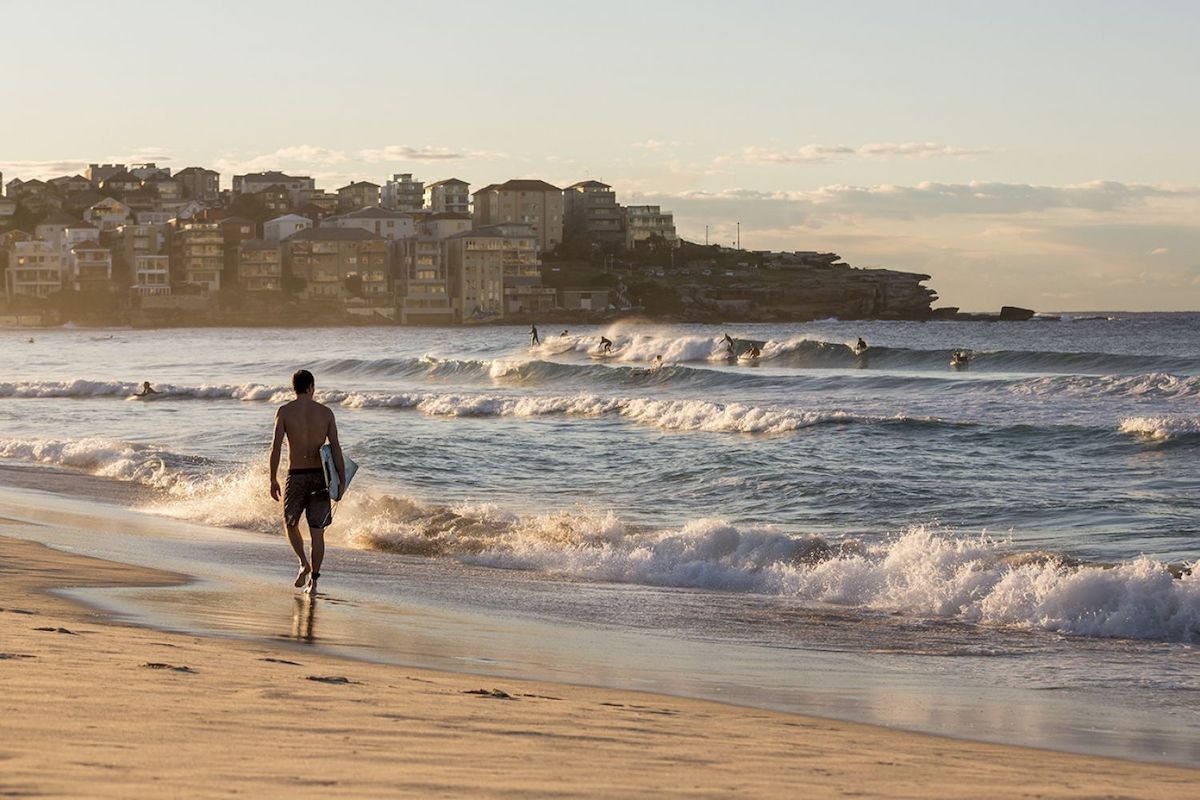 Self-care is hardly a new phenomenon – as the Harvard Business Review relates, “from the meditation and essential oils of the 60s to the Jane Fonda aerobics tapes of the 1980s and the fat-free-everything 1990s… [a] $11 billion self-improvement industry has grown.”

Much like how other deceptively simple phrases have become imbued with immense cultural baggage in the 21st century (think ‘the pandemic’, ‘fake news’ or ‘me too’), ‘self-care’ is not only emblematic of a new understanding about mental health and self-improvement, but also of a huge cottage industry of mindfulness coaches, boutique soaps and staycations that seems to have blossomed almost overnight.

Whether you think ‘self-care’ is hot air (or a breath of fresh air), it’s undeniable we’re paying more attention to it, especially us men. 2020 has also accelerated our interest in self-care… When you can’t go outside and the world seems to be falling apart at the seams, it’s a good opportunity to look inwards and cultivate better personal habits; to turn what’s been quite a negative year so far into a positive.

RELATED: Exactly How Much Slack You Should Be Cutting Yourself In Isolation, According To A Psychologist

One thread on Reddit’s /r/AskMen, simply titled “Men 50+, what are some self-care habits you wish you started earlier?” – has gone viral, with Gen X men coming out in droves to commiserate, share and laud the self-care habits that all men, regardless of age, should be adopting sooner rather than later.

There were the usual takeaways – watch your weight, exercise, sleep properly – but some themes emerged which are perhaps more surprising.

One very common piece of advice these men over 50 had for their younger peers was to make sure you pay attention to your teeth: flossing, seeing a dentist regularly, and investing in your mouth.

“I didn’t go to the dentist or the doctor unless it was critical for about 5 years, and my teeth weren’t doing so hot; started going again last year and now I have a root canal scheduled that I wouldn’t have had to get if I hadn’t been a dummy,” one commenter said.

“Take good care of your eyes, teeth, and ears. You will miss these things you take for granted once they’re gone,” another warned.

Look After Your Skin

Paying attention to your skin was perhaps the most popular insight shared by men on the thread, who related that moisturising and proper skincare goes a long way in terms of making you look younger and feeling healthier.

“Many years ago when I was in my mid-30’s I knew a guy (a friend of a friend) who used to put moisturizer on his face every day. I initially thought ‘I don’t need to do that’, but soon I also started to do it daily… Now I’m in my 50’s and my face looks younger and much less leathery than some guys I know who are actually younger than me. Moisturizer with built-in sunblock is definitely the go. Doubly so if you live in a sunny part of the world.”

It’s not just something you should do for aesthetic concerns, it’s also seriously important for your health.

One commenter shared, “after just having a dermatologist excavate several holes into my back to remove a couple of melanomas, I never ever realized what a huge impact that call – ‘the labs came back and those areas were cancerous’ – can have on your life. And learning it’s not a result of recent exposure, rather possibly one big sunburn from years and years ago. Sunscreen!”

This is particularly pertinent advice for Australian men. According to the World Cancer Research Fund, Australia has the world’s highest rate of skin cancer. Moreover, Australian men are more at risk of developing a skin cancer diagnosis than women, Cancer Council ACT reports.

“Australia has one of the highest rates of skin cancer in the world,” Cancer Council ACT states.

“This is due largely to our climate, the fact that many of us have fair skin that isn’t really suited to such harsh conditions, our proximity to the equator (high UV levels) and our social attitudes and love for the outdoors.”

With skin cancer such a danger for Aussie men, we ought to pay particular attention to skincare.

One of the most popular pieces of advice was “extending [your] social network and understanding that shared experiences in a social group are an important part of mental health.”

“As a kid with very social parents, I HATED that I always had to tag along with them to random social gatherings and be forced to play with random kids while being on my best manners with new people,” one Gen Xer shared.

“Now as an adult myself I really admire how social they are. They embarrassingly have more friends than I do. I see how extremely beneficial being social is for them. I notice other folks their age become very cynical and negative because they’re alone and rarely venture out of the house.”

“Flexibility is a great way to prevent serious injury and you lose flexibility as you age,” another Redditor advised.

One particularly interesting insight was from this 40-year-old: “I hate yoga but I do it religiously 1-2 times a week… It’s so so so so so key to being able to move and age more gracefully.”

Beeja Meditation, a self-care centre in London, shares that meditation, yoga and other ‘spiritual’ self-care exercises are often eschewed by men, usually to their detriment.

“In a world where self-care is often framed as something ‘feminine’ (and often marketed as such), to stray too far from the prescribed realms of ‘masculine’ self-care – where the emphasis is usually on gaining strength and getting washboard abs, rather than improving mental wellbeing – can feel uncomfortable for many men.”

“The way we view self-care along gendered lines can go a long way to explain why a US study from 2018 found that men were half as likely as women to have practised or tried meditation in the previous year, and only 28% of those who regularly practice yoga are men.”

Maybe that’s why Gen X men have been so slow to adopt many self-care habits: because there’s still a lingering sense that ‘self-care’ isn’t manly.

We’d say that the popularity of this Reddit thread, and the size of the modern self-care industry, is powerful evidence that self-care is something that men are definitely paying more attention to. Maybe 2020 might help push men over the line in terms of self-care: in a year where we’ve got no choice to focus on our health, perhaps it will force self-care skeptics to consider their health more holistically.

“For many important reasons, it’s vital that we overcome any lingering prejudices which make men less likely to engage in self-care,” Beeja Meditation concludes.