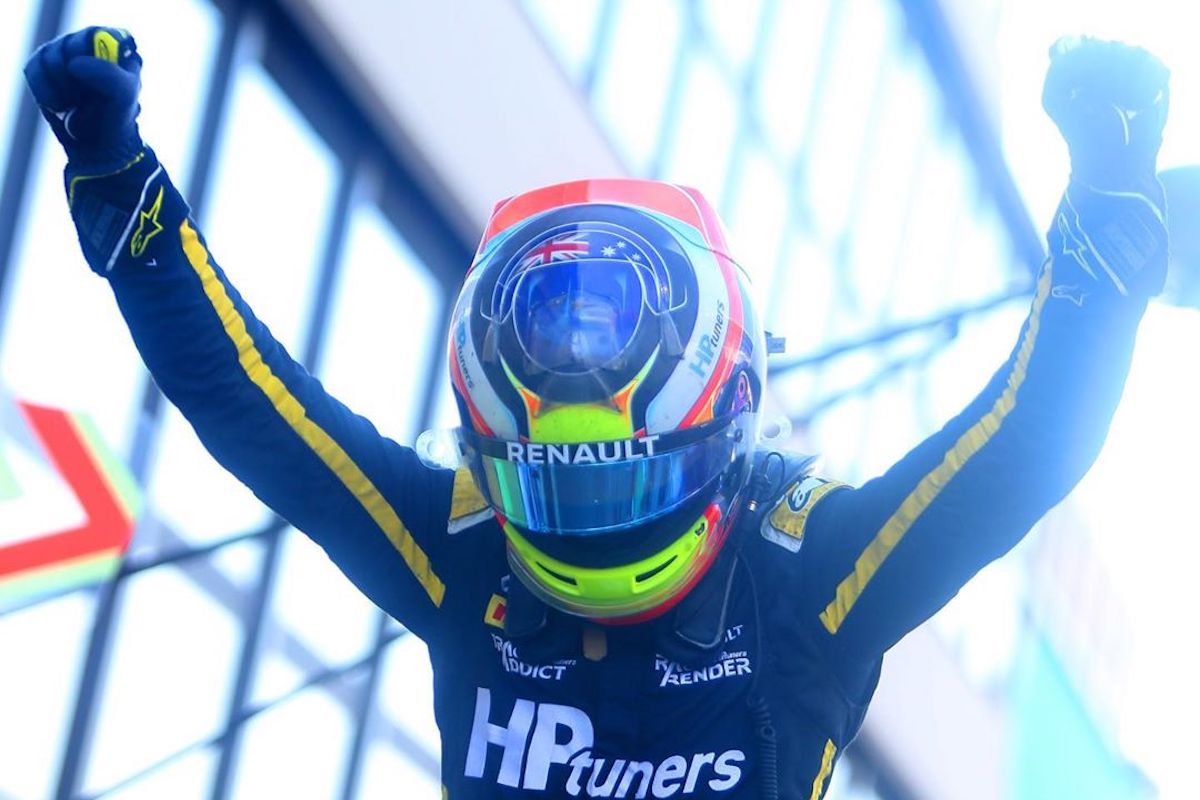 Despite the reduced schedule and tension of a global pandemic, the 2020 Formula One World Championship has been an incredibly exciting year. With big names like Lewis Hamilton, Sebastian Vettel, Max Verstappen and Kimi Räikkönen all on the grid, it was never going to be a dull year.

Australia’s very own F1 champ, the charismatic Daniel Ricciardo, has had mixed results this year, currently 7th on the leaderboard out of 21 drivers this season. 2020 marks his last year with Renault, who he’s ditching come 2021 to join young British racer Lando Norris at McLaren, with many speculating that Ricciardo’s best days are behind him.

However, those mourning the potential demise of the ‘Honey Badger’ need not despair, as 2020’s also seen the stratospheric rise of a young Australian driver who’s already being touted as the next Ricciardo – and not only because he too has an Italian background.

Oscar Piastri, a 19-year-old driver from Melbourne who’s quickly become one of motorsport’s most captivating drivers, cinched the 2020 Formula Three Championship over the weekend in his first year of competing in F3. Already part of the Renault Sport Academy, which has been responsible for cultivating the careers of many higher-tier competitors such as current Haas F1 Team driver Romain Grosjean, Piastri’s now headed to F2 and some say he might even make it to F1.

Piastri and Ricciardo even had the chance to meet earlier this year in April, the young gun relating “I hope I can represent Australia as well as he and Mark Webber have!”

Piastri’s ascendancy in FIA competition is the breath of fresh air that Australian motorsports desperately needs in 2020. With the future of V8 Supercars in doubt thanks to Holden’s untimely death and the cancellation of the 2020 Australian Grand Prix in Melbourne devastating local revheads, Piastri’s unbridled success comes as welcome news.

Fingers crossed he’s able to replicate his remarkable success in F3 in F2 next year, and maybe come 2022 we’ll see another Aussie on the F1 grid. That’s some serious wishful thinking, but 2020’s been nothing but Unprecedented Times…