‘Sold Out’ Qantas Initiative To Let Sydneysiders Fly All Over Australia 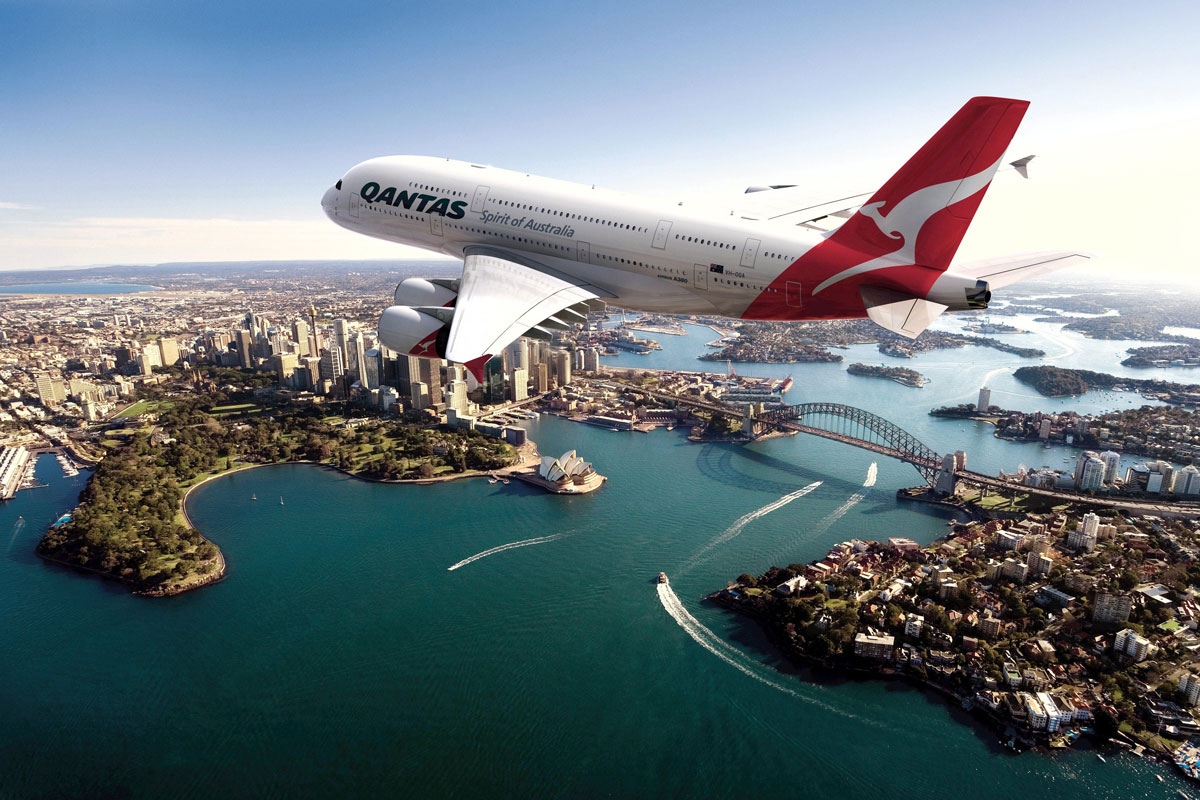 The NSW-Queensland border battle is more controversial than going to Bondi Icebergs and not announcing it on Instagram. But whether you see interstate restrictions as petty posturing or a smart long term health play, the fact remains: as it stands, New South Wellians – despite living in a state with significantly fewer confirmed cases than Victoria – are still seen as a risk by Queensland and Western Australia’s premieres.

But we’ll leave the ‘opening up’ argument for another time: today Qantas has announced a savvy way of getting around the restrictions, offering a flight (potentially flights) which opens up some of Australia’s furthest and widest tourist attractions to Sydneysiders. The best part? The flight will operate without ever breaking COVID 19 border restrictions.

The reason it’s able to do this? This is a scenic, ‘boomerang’ flight, which never touches down at its ‘destinations,’ and which then returns to Sydney.

Miss taking to the skies together? Us too! We’ve designed a special scenic joy flight on board our 787 Dreamliner for those who just want to spread their wings – no passport or quarantine required. Departing Sydney on 10 October, the ‘Great Southern Land’ scenic flight will feature low-level flybys of some of the Australia’s most iconic landmarks including Uluru, Kata Tjuta, the Whitsundays, Gold Coast, Byron Bay and Sydney Harbour. Be quick! Fares go on sale at 12pm AEST today. Click the link in our bio for more info… Thanks to your great support this flight is now sold out.

9News reports, “The seven-hour display of ‘aerial tourism’ will depart and arrive from Sydney Airport on Sunday October 10 and will take in sights such as Uluru, the Great Barrier Reef and the Gold Coast.”

“Because the flight never lands in another state, passengers will not have to quarantine or apply for any border exemptions.”

Qantas has said it is operating the flight after frequent flyers have remarked on missing flying.

“Just six months ago, we would have never imagined not being able to jump on a plane and visit family interstate or take a holiday internationally,” CEO Alan Joyce said of the initiative.

“While we may not be able to take you overseas right now, we can certainly provide inspiration for future trips to some of Australia’s most beautiful destinations.”

The flight will take place on a 787 Dreamliner, which has the largest windows of any commercial aircraft.

“This flight, and possibly more like it, means work for our people, who are more enthusiastic than anyone to see aircraft back in the sky,” Mr. Joyce has announced.

In accordance with Qantas’ Fly Well protocol, guests will be provided with face masks and hand sanitiser and are advised not to move about the cabin.

The October 10 flight will also feature a Neil Perry dining menu, a gift bag and a pre-flight auction of memorabilia from Qantas’ recently retired fleet of 747 aircraft.

Qantas is also offering scenic flights to Antarctica, in a similar vein.