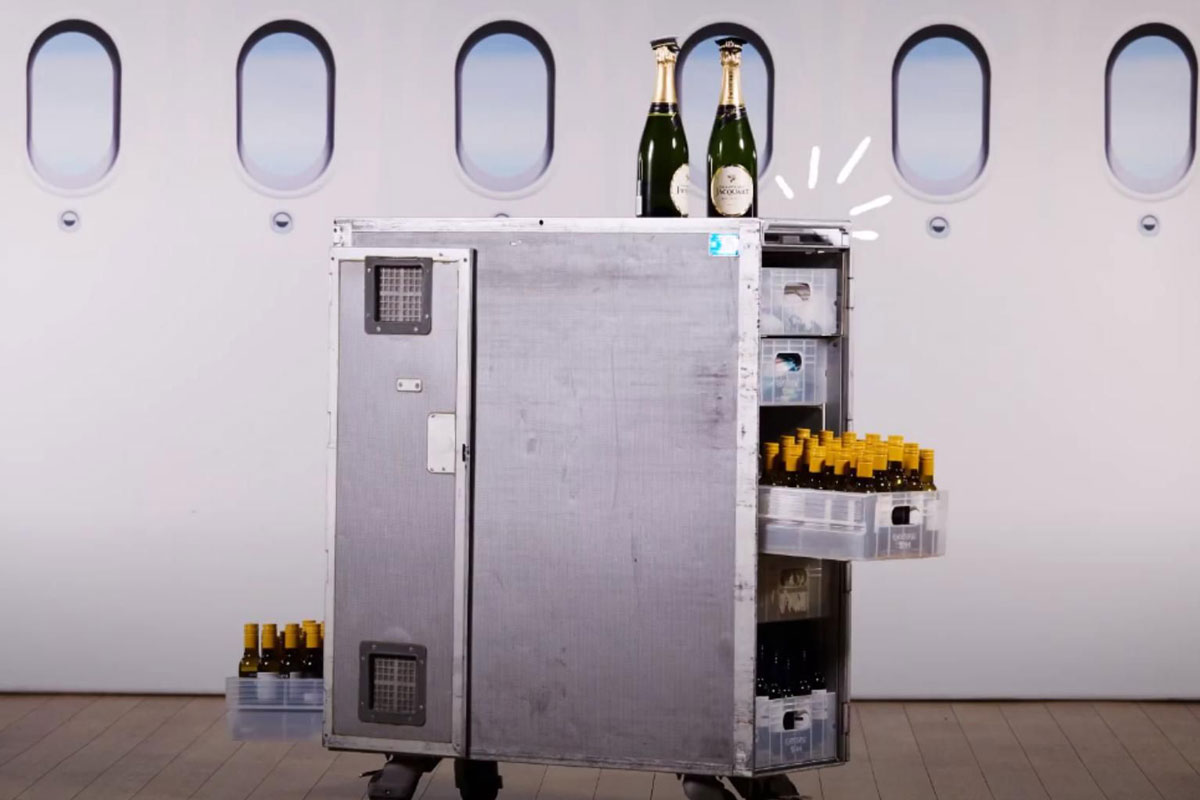 Unfortunately, they have now all been sold.

But for a brief few moments this morning, you could have got your hands on a piece of history, salvaged before the 747 fleet was retired and sent off to the Californian desert (the last 747 took off for the last time in July).

Stocked with a range of items (from champagne and Australian red and white wine to Tim Tams, PJs and an exclusive-to-Qantas First Class Sheridan throw) 1,000 of the bar carts recently became available for Australians to buy, with Qantas early this morning warning they were “set to fly out the door” (before confirming at 9:50am they had all been sold out).

However, even as Qantas Executive Manager of Product and Service, Phil Capps, said this was a unique opportunity for enthusiasts to own a physical piece of the 747 legacy, at a time when travel was out of reach for many, what he didn’t emphasize, and what appears a hidden stroke of genius, is that this history-steeped sell-off should have enabled Qantas to offload some of the alcohol and amenities it has found itself sitting on this travel deprived year.

“There has been huge demand for Qantas 747 memorabilia and Frequent Flyers have expressed keen interest to convert the bespoke inflight trolley into everything from lamp stands to storage units. The fact they come fully stocked with some of Qantas’ most popular on-board service items will hopefully inspire some high-flying fun at home,” Mr. Capps said.

Mr. Capps added, “We know people have been ordering Qantas Wine to enjoy at home and our Qantas ‘iso care kits’ featuring the PJs sold out within hours. The bar carts offer the trifecta of wine, PJs and a piece of aviation history.”

The 747 half bar cart features:

Whether you see this as a tipsy Trojan Horse or a savvy killing of two birds with one cart, this comes amid a number of other creative Qantas moves to generate income (and keep its relationship with customers ticking over) in one of the most challenging years in aviation history.

In August Antarctica Flights announced the recommencement of its Qantas operated Antarctica sightseeing missions, while Qantas announced the launch of a $25 business class care package, including PJs, an amenity kit, Tim Tams, nuts and teabags (for passengers who couldn’t fly anywhere but fancied a taste of the pointy end experience).

In September Qantas announced 7-hour scenic “flights to nowhere” for $787 (economy) and $3,787 (business) a pop, as well as announcing it was considering moving its Sydney HQ to another state, in order to consolidate its offices.

Bligh Williams, Group Director at Workplace Services Australia, a specializing Workplace Services consulting company, told DMARGE he suspects the sale of the 747 carts “would have no connection to the downsizing of the organization.”

DMARGE understands Qantas’ suppliers have had to redistribute some of the airlines’ stock to cope with this year’s reduction in flights (and thus demand), while a lot has also been channelled through the Qantas Wine store, including the mini bottles that people are used to drinking in flight.

It would appear some will now be channeled via the pre-loved 747 bar carts, which served Qantas and its customers everywhere from London and Los Angeles to Singapore and Santiago, with each one averaging around 2,000 flights.

Australian airlines are facing years of reduced demand thanks to the COVID-19 pandemic, which, at times this year, has stripped passenger numbers by up to 98 per cent, news.com.au reports.

Expect more inventive schemes as the months go by.