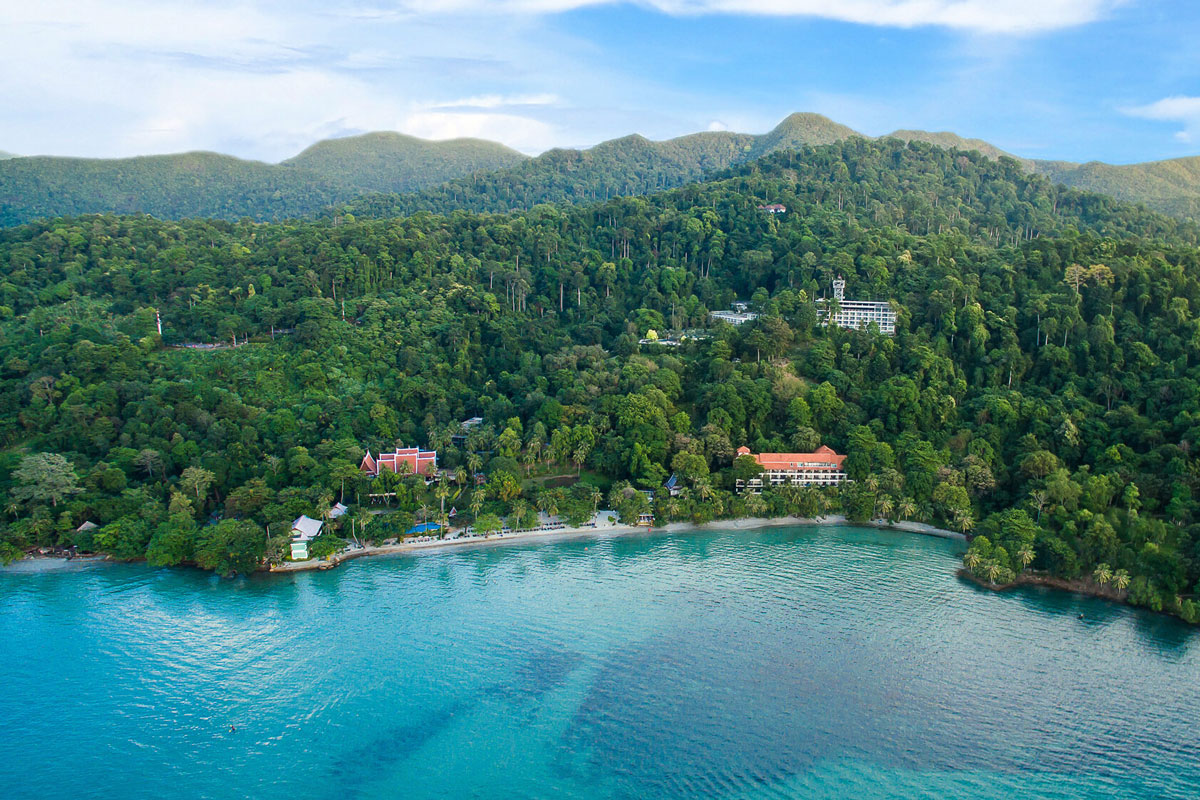 From snobby Parisian motel reviews (“not fit to stay for even one hour”) to scathing summations of Japanese capsule hotels (“awful, stinking little branches hell”) to absurd attempts to blackmail luxury Italian hotels, it’s clear the “beach too sandy, water too wet” stereotypes didn’t spring from nothing.

But while previously, establishments have tended to suffer in silence (or write passive-aggressive, “it’s a shame you didn’t bring this to our attention while you were here” comments in return), in the latest tale of Tourist vs. Hotel the hotel has struck back hard.

According to the Telegraph, an American man could face two years imprisonment after writing unflattering online reviews about a Thailand hotel — including accusing the business of “modern-day slavery.”

The man, who works in Thailand, was arrested for allegedly causing damage to the reputation of popular resort destination Sea View Resort on Koh Chang island.

He was escorted 250km away to Trad to face a complaint made against him by the resort owner. It was a Friday and he ended up spending a couple of nights in jail before he was able to post a 100,000 Baht bail. If he didn’t have that money, he would have to wait months in prison.

The man allegedly wrote reviews on multiple sites, including Tripadvisor, claiming he experienced “unfriendly staff” during a recent visit to Sea View Resort.

According to The New York Times, which appears to have drawn on information from popular travel blogger, Richard Barrow, who posted about the incident on Twitter (and who claims both Sea View and The American sent him statements about what transpired), the American man was “shocked” by the $15 corkage fee during his June stay (for bringing his own bottle of gin to the restaurant) and complained to the server.

“A manager intervened and after a discussion in which they both displayed ‘an attitude’… the manager waived the fee,” The New York Times reports.

The American man then later – allegedly – saw the same manager telling off an employee and concluded “there was some master/slave mentality going on” (a personal assessment of the hotel’s employee relations which seems to be the source of much of the controversy). The New York Times reports it was at this time he decided to write a review, encouraging other travellers to, “Avoid this place as if it was the Coronavirus!”.

“The hotel, the Sea View Koh Chang resort on the island of Koh Chang, was equally unhappy with the guest and what it saw as his one-man campaign to damage its reputation,” The New York Times reports. “Unable to reach him or halt his posts on TripAdvisor, the resort filed a complaint with the Thai police under the country’s harsh defamation law.”

As a result, the American man, who reports indicate is a teacher, was arrested this month and apparently spent a weekend in jail before being released. The New York Times reports if the man is convicted of criminal defamation, he faces up to two years in prison.

In a statement allegedly sent to travel blogger Richard Barrow, the American man said after his arrest he was taken by the police back to Koh Chang.

“By the time he arrived on Sept. 12, a Saturday, it was too late for him to post bail and he spent two nights in jail before he was released the following Monday,” The New York Times reports.

The incident has sparked a broader debate over Thailand’s defamation law, which lends the country a reputation tourism operators are trying to move away from – especially important in a time when the travel industry has been crippled by the coronavirus.

It has also inspired talk around the best way for hotels to deal with criticism: responding often looks petty (or in this case draconian) but doing nothing can lead to a damaged reputation.

The New York Times reports “seeking help from the police backfired, badly” when it comes to Sea View hoping to win back its good name.

“[The] arrest has set off condemnation online, negative news stories and a burst of bad reviews for the resort. A hotel manager said the resort was receiving death threats from foreigners.”

The Sea View, in a statement also allegedly sent to travel blogger Richard Barrow said, “We agree that using a defamation law may be viewed as excessive for this situation. However, the guest refused to respond to our attempts at communication and instead continued to persistently post negative and untrue reviews of our business.”

“We simply want to ensure that these untrue reviews are stopped, and we had no way of negotiating the matter with the guest until after our filing the complaint with authorities.”