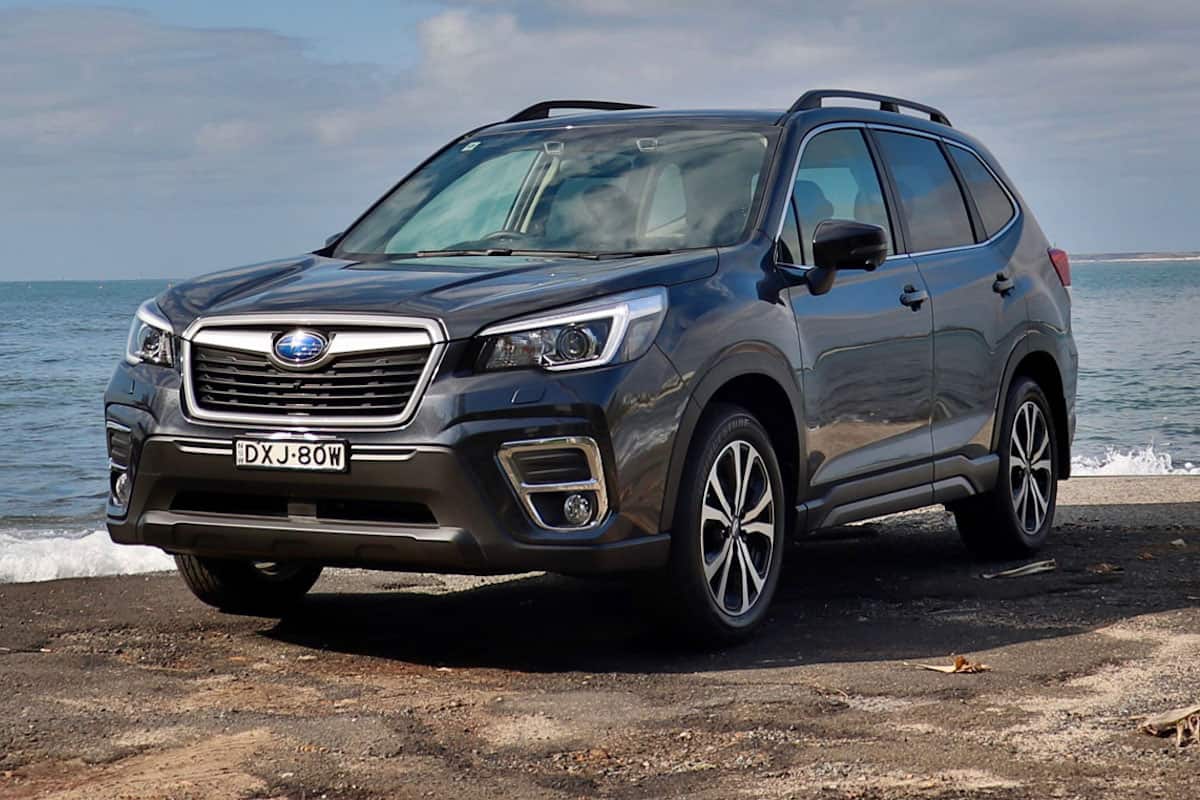 Earlier this year my colleague went down the rabbit hole of buying his first-ever car and bestowed upon us his newfound knowledge. Not being from Australia, much of it was new and useful insider information – I wasn’t aware of pre-inspections and I’m used to dealing in miles, not kilometres. However, I had already bought myself a used car Down Under (I reckon I would have ended up with something different, had I been able to take heed of the advice).

It wasn’t my first car; I’ve been driving for just over 10 years now and have sat behind the steering wheel of three vehicles previously. But this Australian motor – also a Subaru Forester, like my colleague James’ (just older and more beat up). It was the first car I had bought outright with all my own money.

It was cheap (weirdly cheap compared to what I’m used to) and was bought solely for the purpose of getting me around parts of Australia with the occasional road trip thrown in (there was only one, to Byron Bay, naturally) until my visa expired and I would have to fly back to Blighty.

Then The Bat Kiss came and I found myself facing a dilemma, do I go home, not knowing when the hell I’d be able to return to the country I’d fallen in love with and could call my new home, or find a way of staying longer. The fact I’m writing this should already prove the latter is the route I went down. New visa it was and so it was time to buy a new car, because my poor old Subie appeared to be on its last legs (and I felt I deserved something better).

So, time to sell the Forester. The only issue being, I’d never actually sold a car before. I’ve written off; passed on to my sister and left in the UK (in that order) but never sold one to a complete stranger.

Where would I advertise it? Would anyone actually want it? Would I be able to keep a straight face when telling any prospective buyers that there was nothing wrong with it?

Not only can I now answer those questions personally, but, having also spoken to Carsales’ Technical Editor Ken Gratton I can impart some professional answers to these questions too.

I didn’t take my colleague’s advice

I say “didn’t”, I probably actually mean, I forgot to review James’ piece about buying a used car and reverse it. My Subaru didn’t have a logbook, just a glove box of receipts passed on to me by the previous owner (a red flag according to James).

Clearly I must have a way with words because the sole inspector I did have wasn’t bothered.

I only advertised my car on Facebook Marketplace, partly because it was free and also because, having been looking for a replacement vehicle myself on the platform, it offers a great chance for plentiful pairs of eyes.

And many eyes did my advert get. The only issue being, everyone sends the default “Is this still available?” message.

I’m not one to keep people hanging on an answer, so I was never sure if just seeing the notification of the message meant I had read it. I didn’t want to open message threads I wasn’t going to answer to.

I did, however, receive some messages that had clearly been written by the person on the other end. These are the ones I responded to because I felt they were actually real people.

Make the advert as detailed as possible

Is what I wished I could have done. “No known issues”, I put because I genuinely didn’t know if it had anything wrong with it. My Forester had been to a garage a couple of times a couple of weeks prior to me advertising, just to get a couple of essential things fixed, but it otherwise drove alright.

So when people asked “are there any issues?”, I didn’t have a backup response. It was only when people came round to inspect that I informed them of the work that had been done and what I assumed would need doing. I’m no mechanic though, I’m more of the tyre-kicking type.

Had I known exactly what needed doing, however, I definitely would have made the advert more detailed to avoid those annoying questions.

What saved me, I feel, was that it had rego until mid-January 2021. Apparently Australians love cars with rego still attached. To this, Mr Gratton says if you don’t have registration, “accept negotiating a lower selling price”. He also suggests “having the car serviced if it’s scheduled for around the time you’re planning to sell.”

As for the actual advertising, Mr Gratton says “take lots of photos.”

“You need a photo displaying the car in front 3/4, rear 3/4, side, front, back, interior (front seats and dashboard/centre fascia, plus rear seats), engine and boot.”

“Additional detail shots will help, such as of the alloy wheels, badgetwork, headlights, fog lights, air vents and grille etc.”

I was prepared to show off my Subie in its then-current condition, which in hindsight, could have been detrimental to the amount of money I could ask for.

It was only a quick chat to mum that she asked: “is it clean?”. Safe to say, I went to my nearest car wash that night, washed it, waxed it (yes, really) and vacuumed it out.

Mr Gratton agrees, “Make sure the car is clean as possible, which may mean slinging some money the way of a detailer.”

“[You’ll want to] clean, polish and vacuum the interior, cleaning the glass, steam-cleaning the engine bay, clearing out dead leaves ahead of the windscreen or jammed between the boot lid and the rear quarter panels.”

“Buy some tyre shine and perhaps some alloy-wheel cleaning chemical. Vacuum underneath the seats and remove everything except the owners manual, service booklet and receipts from the glovebox.”

Be prepared to be put on the spot during inspections

When my first (and subsequently only) customer came to inspect, he immediately told me I had an oil leak (an unknown issue, remember).

Mechanical speak can make me nervous because I don’t pertain any, so I fumbled my words a little and simply said: “oh really?”. I then had to answer a few more questions as best as I could while seeming as professional and knowledgable as possible.

I think I came off ok.

From a professional point of view, Mr Gratton says “selling your car is a business transaction, not a fight to the death. Be friendly when you welcome the buyer to inspect your car and talk them through everything it has going for it, as well as any blemishes”

“They will appreciate your honesty”

Resist punching the air when you make a sale

I was surprised, to say the least when the sole inspector offered to take it off my hands. It was for less than what I had advertised, but I knew it would be negotiated and I was prepared for it. What he offered me was the lowest amount I would take and still be happy.

Just for it to be gone was enough.

I had already been looking for my Forester’s replacement, and although there was a sentimental attachment there, I can’t say I miss the thing. It’s since been replaced by a Subaru Liberty, one that certainly tugged at my heartstrings with a nice paint job, black rims and a good sound system.

I’ve since found out that once again I should have taken my colleagues’ advice, as my mechanic has now found an oil leak on one of the head gaskets. An account-crippling repair, and one that probably could have been avoided with a pre-inspection.

Oh, and just the morning of writing this, I scuffed one of the alloys.

I really need to start learning more about how Australia works.