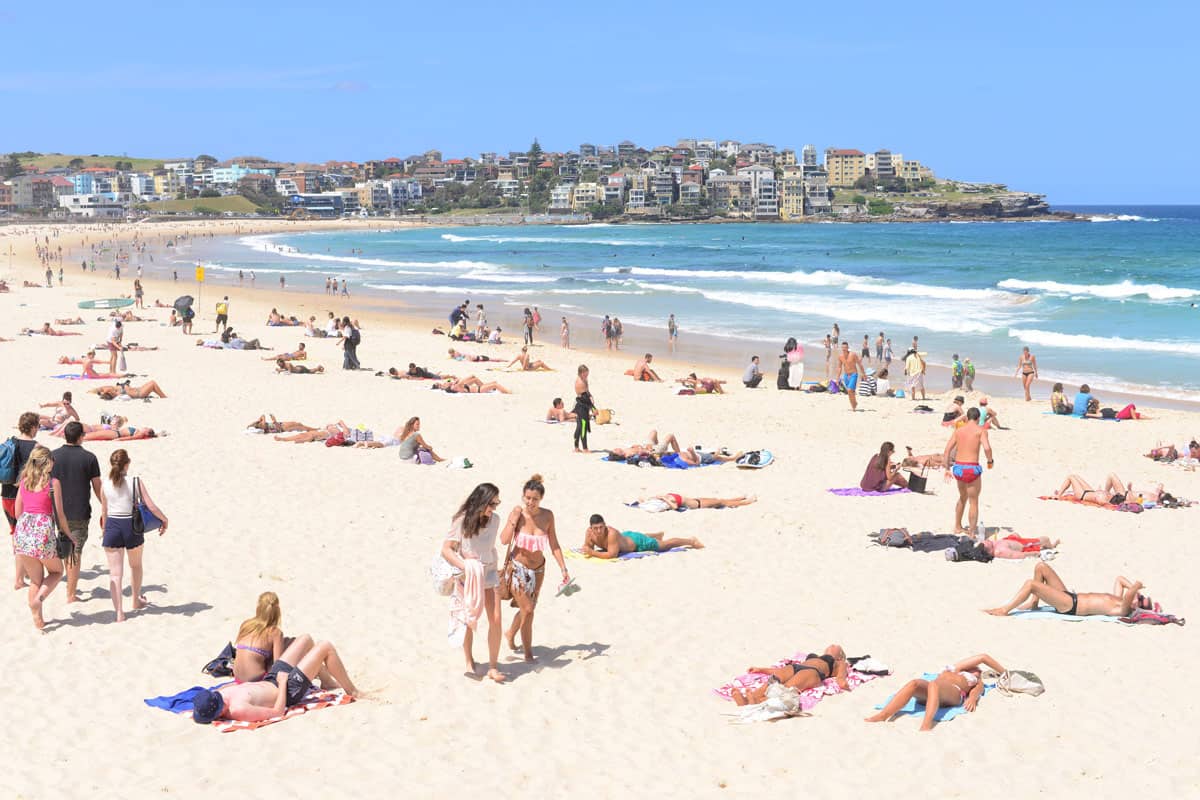 Thumbscrews. Knee splitters. The Rack. Watching someone you ghosted’s Insta story. There are a lot of cruel ways to get what you want. But certain Sydney councils are (considering) taking torture to a whole new level. How? By discussing closing car parks and banning beachgoers from some of Sydney’s most popular stretches of sand, at the height of summer.

Now, a public whipping this is not. But denying Sydneysiders of the iconic experience of posing at Icebergs or being engulfed by seagulls at Manly is borderline criminal in some people’s eyes.

Though the news is still yet to be confirmed (DMARGE understands it’s more ‘back pocket weapon’ the government hasn’t ruled out than ‘definite plan’), some Australian Twitter users (beneath news.com.au’s Tweet, “As the world continues to battle the coronavirus pandemic, Aussies hoping for a summer by the sea may be in for a rude shock”) are already furious.

“If we can’t have a summer by the sea; then open revolt is fine.”

“Stand up Sydney it’s your beach use it when you please.”

The satire machine has already sprung into action, too.

“It’s a shame to have to do this to our beautiful Eastern Suburbs, but the entitled residents of the enclave just refuse to be inconvenienced,” said council spokesperson Fleck Seefry-Day.

7NEWS.com.au reports, “With the weather already warming up in New South Wales, beachgoers have started to hit the sand and water.”

“But this summer, things will be a little different than what we’re used to, with COVID-19 restrictions set to limit how we enjoy our time in the sun.”

“Some Sydney councils have said they’re working on plans to monitor crowds over the summer, while others have said beaches may need to close if things get out of hand.”

RELATED: Psychologist Breaks Down The ‘Unique’ Mindset Of Living In Bondi

“Our beach and public open spaces plan is still being finalised, but is based on the current Public Health Orders and advice from Police and NSW Health,” Waverly Mayor Paula Masselos told 7NEWS.com.au.

“The plan involves working with key stakeholders and agencies, and draws on some of the measures and resourcing approaches we have used over the last five months.”

This comes after certain beaches (most notably, Manly and Bondi) were closed strategically, during certain high volume days, back in March, as social distancing guidelines were breached.

After feedback from the community, the beaches were reopened, but with a ‘swim and go’ policy in place.

Further ideas to keep beaches from overcrowding this coming summer include shorter parking limits (which was employed in places like the Northern Beaches in March), and closing car parks entirely.

In Sydney’s affluent eastern suburbs, people are selfishly flocking to the beach despite official closures. It cannot be up to the police to enforce common sense and selflessness. If you know someone acting dangerously, call them out on it, and you will save lives. @abc730 https://t.co/1t6xU0Ma8O

Waverley Mayor Paula Masselos told the ABC, though life will be “different,” given we are in the middle of a pandemic, “Certainly I hope that we don’t have to close the beaches.”

“But if people don’t do the right thing, and the beach has become too crowded then we’ll have to look at how we manage those numbers because I don’t want a repeat of what happened back in March.”

At the time of writing, according to the ABC, the key points and rules are as follows: