The Embarrassing Mistake Most Tourists Make In Bali 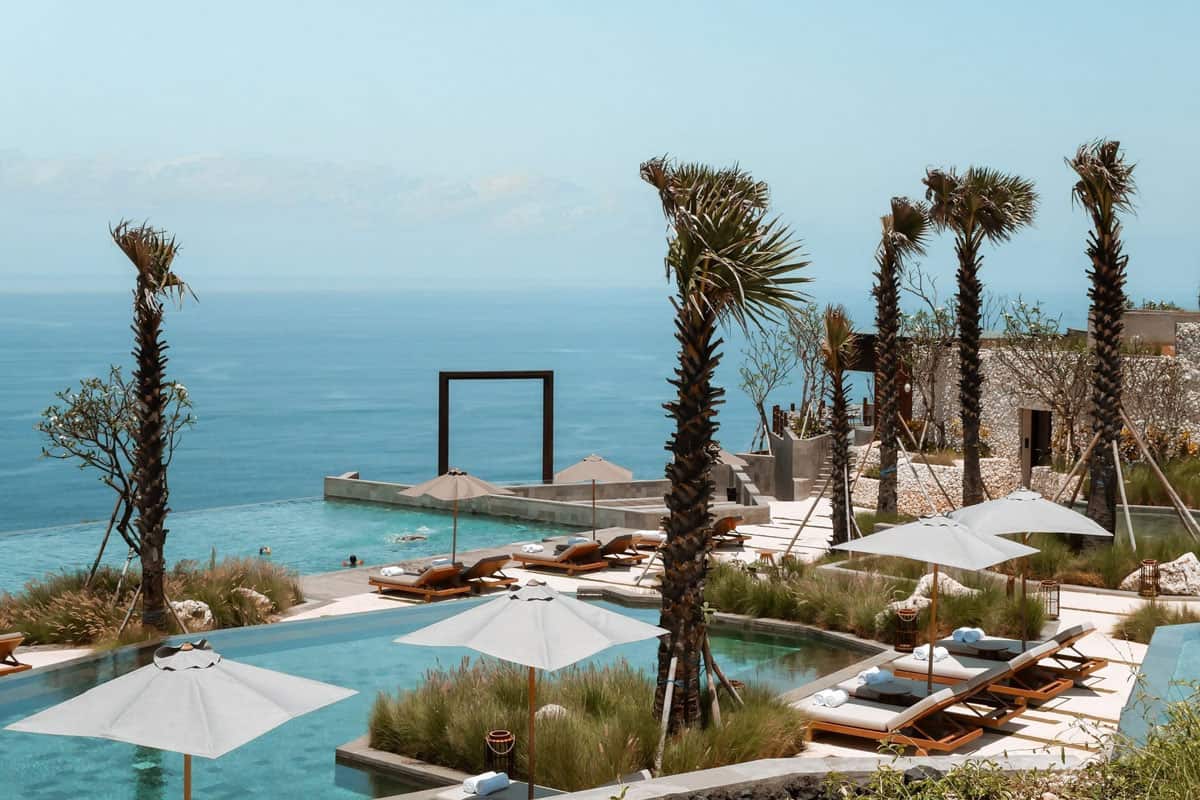 Ice cold Bintangs. Perfectly reeling waves. Temples. Palm leaf offerings. Monkeys. Incense. Cigarettes. Many tourists – particularly Australians – see Bali as little more than a place of cheap villas, complimentary banana pancakes, watered down orange cordial and Nasi Goreng. If it weren’t for the influencers you could almost imagine you were in some eternal summer of Australia in the 80s.

However, though the stereotypes may be loving, they are also lacking. This is one big mistake almost every tourist – whether they’re into Bintangs or guided tours – makes in Bali – projecting their vision of what Bali should be like on it (both in terms of in-person interactions and photography).

This is demonstrated, among other places, by the Instagram hashtag ‘Uluwatu’ – a social media rabbit hole which demonstrates our tendency to train the lens on ourselves rather than the places we visit.

Take for instance the ‘top posts’ featured at the top of the page on Instagram when you seach ‘Uluwatu Temple’ (165,970 images have been posted to Instagram with this hashtag, at the time of writing). The hashtag shows the most popular current posts are mostly tourists posing, rather than images of the temple itself. 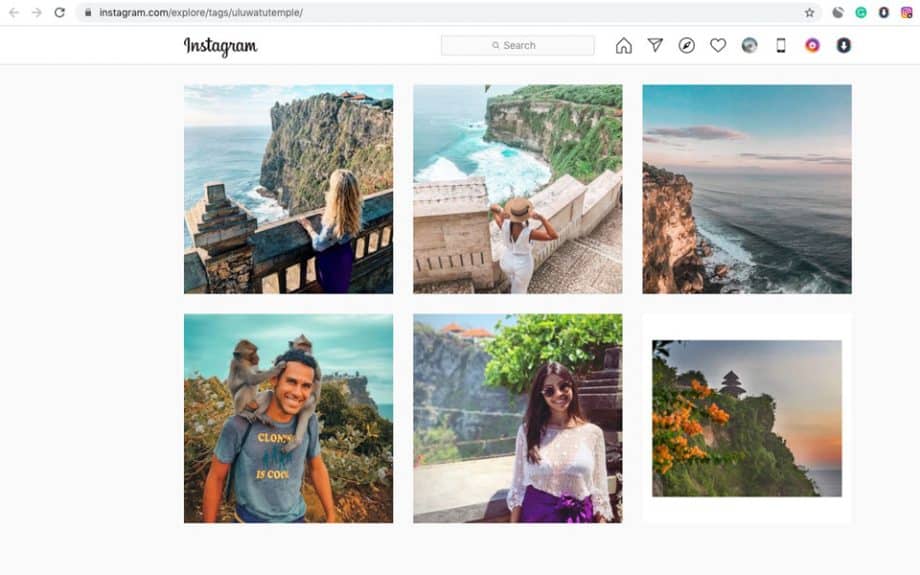 To be fair, given the experience most tourists have in Uluwatu, it’s not far off. Also, every photo has a subconscious agenda and framing, whether it’s taken in Bali or Bondi: insert the hashtag ‘Sydney’ into your Instagram search feature and you’ll be shown photos of the Harbour Bridge and the Opera House, not cafes and activewear (the ‘real’ Sydney…).

But it does open the door to important questions: how does one go about engaging with local cultures in an authentic way? Are you always obliged to interact with local traditions? Does listening to house music at Single Fin count as culture? Is it better to go ‘full basic’ than pretend to pay tribute in a meaningless way? Also: what constitutes, ‘meaningful’?

This is a topic a DMARGE correspondent explored recently when visiting the most Instagrammable day club in Seminyak – Mrs Sippy.

“I quickly realised: this is not Fear & Loathing in Seminyak. Much as I wanted to find the dark, superficial heart of Australia’s influencer scene, it’s not there in that way.”

“The sad thing is, while Australians may rave about Mrs Sippy to their close friends, due to the ~basic~ reputation of sipping cocktails with other tourists rather than doing a boutique grass roots guided tour around Ubud… most are sheepish to admit they went to The Land Of The Gods and got drunk by the pool.”

“Perhaps there’s a good reason for this. But there’s also a good reason to celebrate honesty, which is why we’d rate Mrs Sippy over anywhere that pretends to offer a true local experience to assuage your conscience, then offers you much the same inauthentic, touristy experience (see: the token spiritual ceremonies provided in most high end Bali hotels).”

Why? The theory is, when done right, community engagement on the behalf of tourism operators and hotels can help protect – and exist in a healthy symbiosis with – local culture.

That said, as an article by the World Travel & Tourism Council points out (citing Uluru, Mount Everest and Kyaiktiyo Pagoda as examples), in many places this is not the case, and travellers should do their own research before blindly doing what may be legally allowed (the case study of Uluru demonstrates how legislation often lags behind – or ignores – culture).

“The role these locations play in the lives of locals is far more significant than the fleeting satisfaction a tourist receives from engaging with a place outside of the context locals desire.”

“Travellers committed to responsible and sustainable travel must commit to respecting local cultures in ways both large and small. Respect should be the guiding principle behind all of your actions. Even if you don’t agree with a custom or a request, honour your role as visitor in someone else’s home and follow their lead, allowing local actions to guide all of your behaviours.”

Uluru is a pertinent example. As World Travel & Tourism Council pointed out in 2017 (while Uluru was still open to climb – something which changed on the 26th October 2019), “While even Parks Australia recommends that travellers refrain from climbing, the route remains open to tourists and about 30% of visitors choose to make the climb, according to one of the park rangers. Some of these tourists feel entitled to the view from the top, with one traveller noting ‘I just wanted a good photo,’ while others visit the site and opt against climbing once they learn of the cultural significance to the indigenous people.”

“Uluru presents a challenge for travellers who see even though that climbing is clearly against the wishes of the Pitjantjatjara Anangu, the climb is still open to the public and many other tourists each year make the climb. As a responsible traveller visiting a new location, the code of etiquette means that even if it’s permissible to take part in an activity, your actions should align with those for whom the site holds a deep significance.”

It’s a kecak dance ! . An evening of cultural appreciation should leave a memorable experience on your Bali travel diary. And doing so is like a picnic, for there are countless nightly traditional Balinese dance performances such as the Kecak Dance held on many corners of the island for you to come and watch. . Follow @thebaliflocation_ and use hastag #thebaliflocation for more adorable 🌺🌺🌺 Photo by 📸 @thebalichili . #kecakdance #baliindonesia #thebaliflocation #wonderfullindonesia #bali #uluwatu #uluwatutemple #exploreasia #wonderlust #lovebali #balilife #thisisbali

Likewise, in Bali, though there is no legal requirement to learn about the local culture, it pays to authentically engage with it. Not only will it benefit the Balinese community, but we’d argue it will make for a much better trip, too. To do this (beyond just sitting passively and watching what your resort has prepared), this podcast episode has some excellent, offbeat pointers and ideas.

Just do your research: there are some morbid rituals tourists have specifically been warned to stay away from, too.