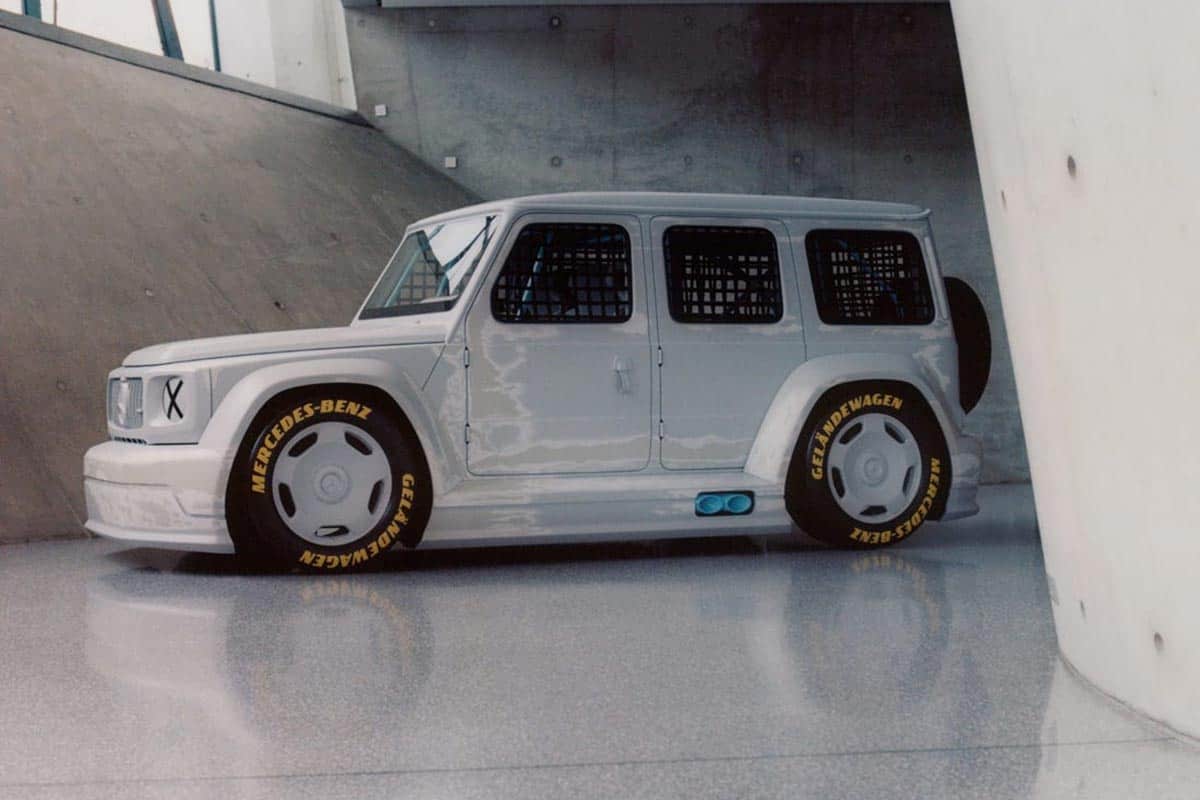 Love him or hate him, it’s hard to deny that Virgil Abloh is one of the pre-eminent cultural tastemakers of the 21st century.

The American designer, entrepreneur, DJ, Louis Vuitton creative director, Off-White founder and Kanye West compatriot’s influence runs deep in modern popular culture. His signature deconstructed style and highly industrial aesthetic – one of the most recognisable design languages of the 21st century – has manifested in clothing, accessories, furniture, artwork, music and even bottled water. Abloh is prolific, with more collaborations under his belt than perhaps any other artist active today.

He’s a divisive figure, however. Legions of hypebeasts revere him like a god, his footwear collaborations with Nike and collections with LV enjoying unprecedented success. Others consider his minimalist design language – and his self-imposed rule of ‘only altering something by 3%’ – as derivative, overrated, unimaginative, or simple plagiarism.

Abloh’s latest work has seen him team up with Mercedes-Benz chief design officer Gorden Wagener on a unique edition of the G63 (otherwise known as the ‘G-Wagen’) they’ve dubbed ‘Project Geländewagen’: a conceptual design project that’s an exercise in “studying what luxury may look like in 100 years” according to the pair.

The two have transformed the SUV into a sort of postmodern race car, with an incongruous, boxy body kit; NASCAR-style tyres, window netting and roll cage; a stripped-back interior and a partially-sanded paint job. It somewhat evokes fellow American artist Tom Sachs’ works. But that would be doing Sachs a disservice because we – like many others on the Internet – find this ‘art car’ absurdly ugly.

But what we think is irrelevant.

Ted Gushue – photographer, well-respected automotive journalist and founder of Type7 – relates that Project Geländewagen (gelände = off-road in German, hence ‘G-Wagen’) isn’t meant for car fans or ‘grown-ups’. In fact, it’s a savvy move by Mercedes to appeal to a younger generation of consumers.

“The Virgil Abloh x Mercedes-Benz collaboration is not for me, and not for many of you,” Gushue says.

“But what it is for is to act as a ‘Trojan horse’ to get an entire generation of kids who live in cities who never ever ever think about cars or car design interested and engaged.”

“The car industry has a big problem on its immediate horizon in the next 20 years as we increasingly move to a carless society. Kids who are right now staring at a red brick that says Supreme on it need to start channelling their energy into car design and car culture. If they don’t, we’re f*cked.”

In this way, Project Geländewagen is a stroke of genius.

Abloh’s influence across so many aspects of popular culture is hard to overstate. His co-sign virtually guarantees success… Or at least eyeballs. Hell, we’re writing about it, so Mercedes’ strategy is clearly working. People who haven’t been interested in cars before will start paying attention now thanks to Virgil’s ‘Midas touch’. Conversely, there’ll be another subset of people who don’t care about art / design / haute couture that’ll be Googling Abloh’s name thanks to this collaboration.

As the first African-American to head up a French luxury brand’s creative direction, who in only a few short years has climbed to the very top of the modern art world, Abloh’s journey and creativity are inspiring. Consumers of all backgrounds who’ve never seen themselves as existing in even the same universe as, say, German luxury cars now have a rolling monument to what their future could hold.

Car or art purists may scoff at Project Geländewagen, but there’s no doubt that its legacy will be keenly felt in years to come.

Abloh isn’t the only trendsetter who’s collaborated on a luxury vehicle like this. NYC-based artist Daniel Arsham, who has collaborations with Adidas, Christian Dior and Nintendo also under his belt, collaborated with Porsche on the ‘Porsche 3019‘: a fully-drivable 992 coupé with stone body panels featuring Arsham’s signature ‘eroded’ crystal artwork. That said, Abloh’s cultural cache far extends Arsham’s…

Two Project Geländewagen cars have been made: a full-size, allegedly working version and a 1/3 scale version that’s set to be auctioned off at Sotheby’s in support of Virgil Abloh’s “Post-Modern” Scholarship Fund for black students in the arts. It’s an easy bet that it’ll fetch a pretty penny once it goes under the hammer.