“Good to see another generation finding the real slopes that have been hidden in plain sight for so long.” 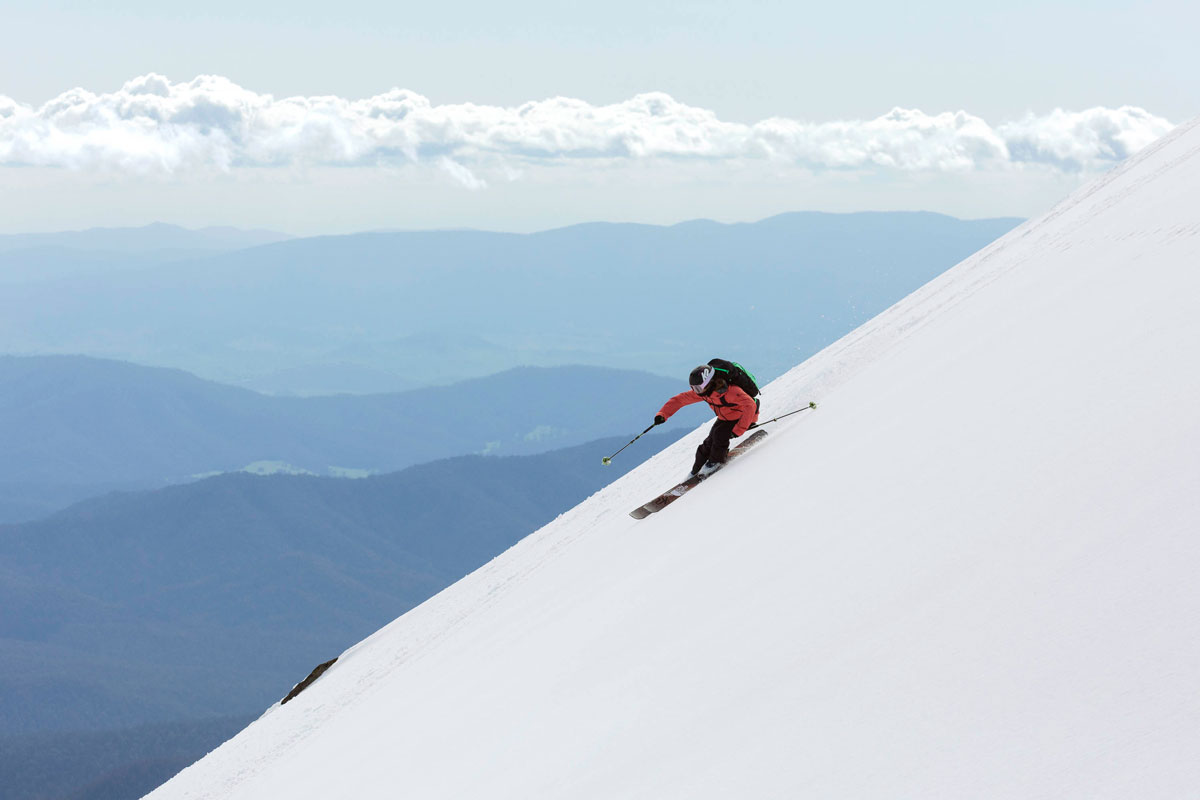 Australian snow is fickle. The upshot? Most serious skiers and snowboarders seek deeper powder overseas. This year’s pandemic, however, has kept passports in draws and planes in hangars.

Not everyone went without though. Guy Williment, a 27-year-old photographer from Sydney has been showcasing the joys of the Australian backcountry – and in doing so may have stumbled across a Snowy Mountain experience hidden in plain sight, perhaps since the 1950s.

Over the last few years I’ve flown all over the globe to immerse myself in mountains like this…It’s funny to think that these were sitting in my backyard the whole time 🙌🏽 . I love the ocean but every since visiting Montana for the first time a few years back I realised the mountains have my heart and it is definitely where I get most excited to shoot. . See if you can spot the person in shot 2 to get some scale of how big these are. . Thanks for the final shot of me to @zander_williment, it’s a rarity to get a shot of me these days but what better place to get it than in the snow ⛄️

His latest escapade took place in late September – well after most Australians would consider hitting the slopes.

Another of Guy’s posts prompted followers to question why most Australians never bother to venture any further than Perisher. Perhaps we’re too quick to write backcountry skiing off as lots of effort, little return?

Had my mind completely blown over the weekend…..AUSTRALIA are you kidding me! 🤯 Honestly felt like I was in another country. . Here is @alhorvs dropping into this beautiful wall of magic (& the long climb out – 3rd shot ⛄️) . Hopefully one day I can do the same, but for now I’ve got a whole lot of riding to do before dropping into these walls out back. . Plenty more shots to come from an epic weekend camping out in the snow 🏕

One Instagram user’s comment also suggests Guy may have stumbled on a somewhat ‘lost’ aspect to the Australian backcountry (or at least one that has been enjoyed, but kept well under wraps).

In response to the above photo, the user wrote, “My parents skied off those mountains in the 1950s using cable bindings on Norwegian downhill skis and seal skins to climb back up.”

“They [sic] could’ve believe people would bother to ski at Perisher, or Thredbo. Good to see another generation finding the real slopes that have been hidden in plain sight for so long.”

Intrigued? NZ freeskier Fraser MacDougall recently gave DMARGE the down low on the best (and worst) things about skiing in Australia and New Zealand, after an expedition with The North Face to compare the two.

“The best thing with both countries is we have a landscape that is very much uniquely our own, from gum-trees to the sand laden winds in Australia to the beautiful mountain valleys and ocean views for some of our best mountaineering locations in New Zealand.”

“It’s easy to get that feeling of an escape – something that surpasses just skiing as a sport.” 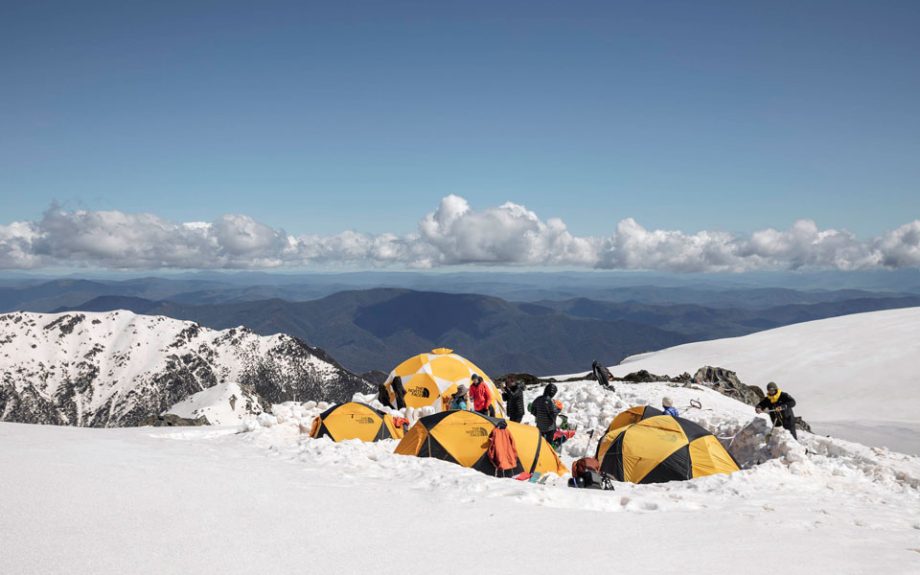 “As for the worst thing – both our seasons are too short, New Zealand has a leg up to Aus there a little bit, but the snow seems to always disappear too quickly.”

Fraser also told DMARGE he believes backcountry skiing is growing: “10 years ago there were very few people that got involved in the sport – now it feels like the normal progression for a lot of skiers.”

“Backcountry skiing at its core is to explore the trackless mountain ranges beyond the commercial ski boundaries. From a small hike or a multi-day touring trip to skiing down our largest mountains Mount Aspiring, Mount Cook and more, the more technical the better – it’s a rush.” 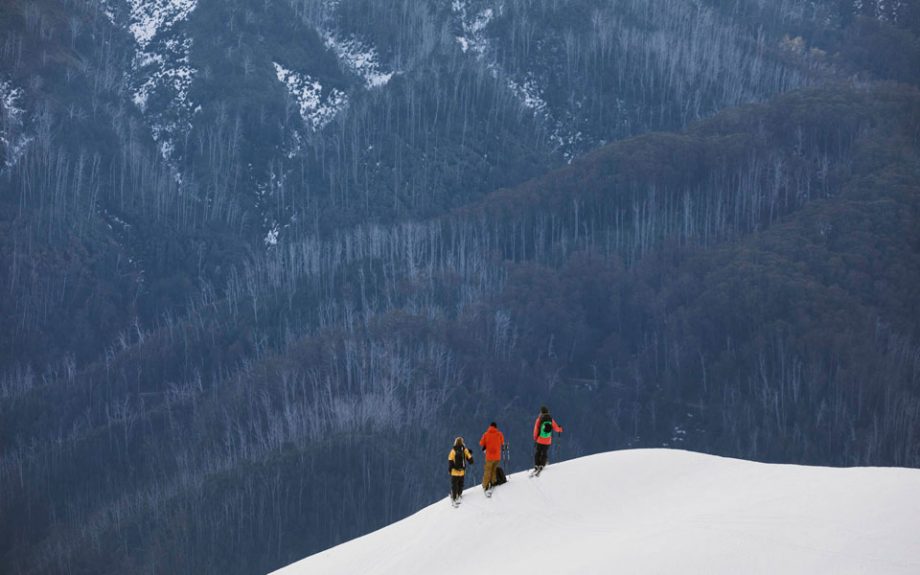 “The sport is for those wanting more and to explore some of the last vestiges of a fast-vanishing world. The pristine environments we get to access all around the world whilst also enjoying an awesome sport, skiing, makes for a great set up in life,” Fraser added.

“Maybe as the world gets a little bit more crazy looking forward we might see more people getting involved – escaping the pressure of population and the lift queues is alluring.”

So: if you’ve gone down an Everest Youtube rabbit hole (or have been watching Western Faces, the epic Australian backcountry video seen below) whilst in lockdown this year and have got yourself all in an adventurous tizzy (but don’t have the first clue about remote hiking or mountaineering), perhaps the Australian backcountry is a better place to start than K2.

That said: it’s still no joke. So make sure you train, equip and prepare yourself before you go, pick your time well in going, as well as finding someone experienced to guide you (and reading these tips), lest you end up getting into trouble (see: Avalanche alert: Aussies, skill up or stay out of backcountry).