The days of “international style services on domestic flights” may be over, experts warn. 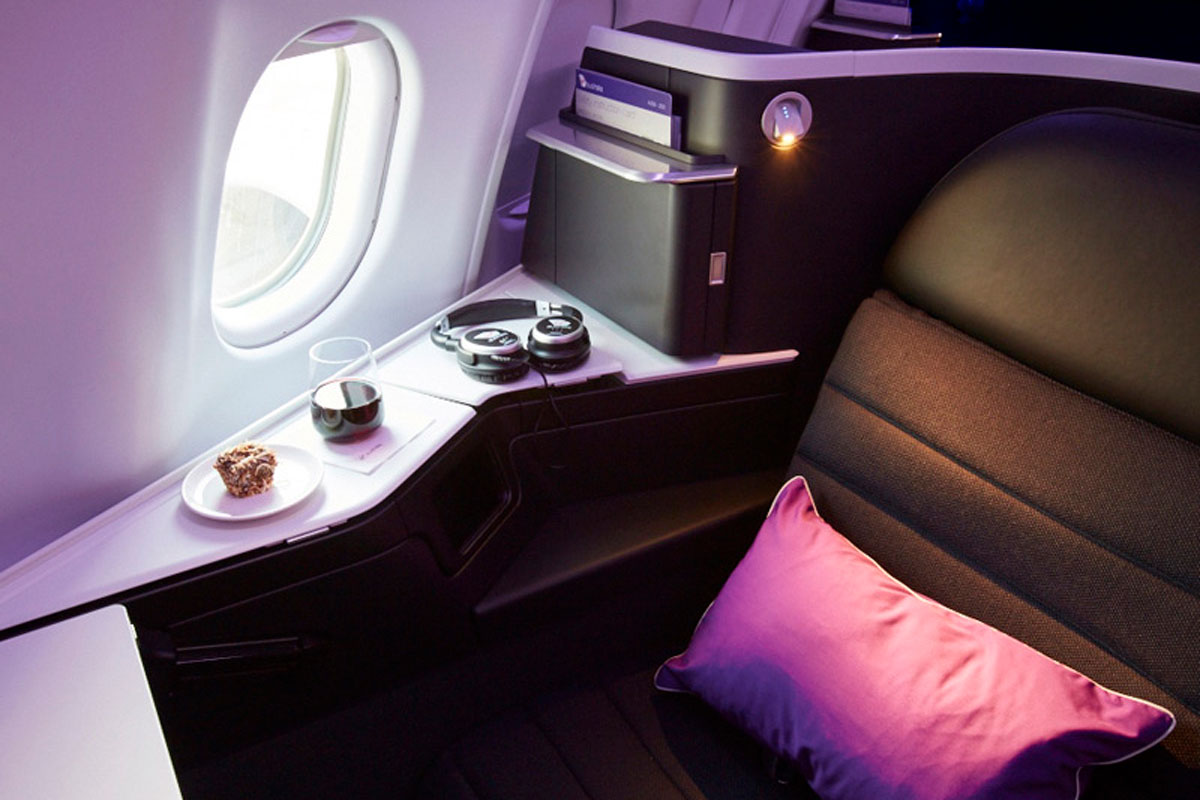 As Virgin Australia’s purple disco descends into a (as last week’s hysteria would have you believe) Ryanair rave and as Qantas continues to shimmer in luxurious credentials (much to the chagrin of environmentalists) with flights to nowhere and ever more ergonomic pointy end offerings, even the most objective bastions of journalism are getting up on their soapboxes and proclaiming: Australia’s “business travel arms race” is over.

But is it really? A recent report by Reuters suggests yes; “Virgin Australia looks set to cut basic fares and start charging fees for items like checked baggage and food under new chief executive Jayne Hrdlicka, prompting a wider industry shake-up as the country’s airlines reawaken from the coronavirus crisis.”

Rico Merkert, USYD Professor of Transport and Supply Chain Management, told DMARGE, “I agree with the Reuters article. The new CEO of Virgin will position to airline closer to the LCC business model and passengers (say business) will be able to add extra services to their seat a la carte and will be expected to pay for those add-ons.”

“As such, you could argue that Qantas has won the business traveller market in the domestic Australian market. There may be a little bit of competition with Rex and Alliance though and to some extent even with Virgin as some corporate travellers may now at least initially be price sensitive.”

“International[ly],” however, Merkert told us, “it is a totally different picture as Qatar, Emirates, Singapore Airlines, Air New Zealand and a few others pose strong competition to Qantas, in particular as they are currently flying in and out of Australia while Qantas is not.”

This comes after last week’s Virgin Australia ‘Noodlegate‘ saga, which raised questions over the broader trend of pocket tightening.

“I think Bain is on a cost-cutting spree and these days you can get away with almost anything in the name of COVID,” frequent flyer and Flight Hacks founder Immanuel Debeer told DMARGE at the time.

“Virgin used to have (in my opinion) the world’s best domestic business class product in terms of food, service and seats. Now we’re seeing the (don’t take offence) ‘Americanisation’ of business class.”

This also comes after a recent update to the Virgin Australia Velocity Frequent Flyer scheme, which saw various perks scissored out.

Velocity members will no longer earn points on flights with Virgin’s international partners like Singapore, Delta and Etihad.

Though most Australians can’t fly anywhere internationally anyway right now, “if that rule stays in place in 2021, then booking to fly with partner airlines through Virgin won’t seem so appealing, and passengers might opt for other alternatives,” news.com.au reports.

On top of that, the imminent exit of Virgin Australia CEO Paul Scurrah – which Australian Aviation says bears the hallmarks of “the start of a classic private equity smash-and-grab operation” – gives the idea Reuters puts forward (that Australia’s “business travel arms race” is over) yet more credence, with Australians now due to experience what the rest of the world has endured for years.

From America to Europe, it has long been common for airlines to ‘deconstruct’ their services. But in Australia, as we have such a small market, many passengers are used to things like baggage and meals always (unless you’re flying an overtly budget airline like TigerAir or Jetstar) being bundled in.

As Virgin, which sank into voluntary administration in April, flies back into the market rebranded as a mid-market carrier under new owner Bain Capital, the question remains: will Qantas now have to start cutting costs to keep up, or continue differentiating itself with little luxuries?

It’s less of a question for Virgin Australia, with industry experts predicting new CEO Hrdlicka will re-introduce fees the airline had cut when it went upmarket under long-serving former chief executive John Borghetti.

As for Qantas, according to Reuters, analysts say Virgin’s move downmarket (as well as the overall market downturn of late) opens options for the flying roo to “stop providing an international-style business class service on transcontinental flights and to consider charging for some add-ons on its cheapest sale fares without losing customers.”

“I think at least it allows the optionality for Qantas to go downmarket,” John Thomas, a Boston-based former senior executive at Virgin who helped introduce baggage fees in the United States more than a decade ago as an airline consultant, told Reuters.

“You can take costs out, you can do some unbundling, but that doesn’t mean that you have got to unbundle all of your passengers… For your corporates and for your business clients and your premium passengers, you can still keep it as a bundled offering.”

Another point of difference for Australian business travellers will be the network sizes of the two carriers, with a Qantas source who was “not authorised to speak with media” telling Reuters that Virgin’s fleet reduction under Bain will widen Qantas’ advantage in network size and flight frequency, which can be even more important to corporate travellers than creature comforts.

Given the predictions kicking around lately that travel, on the whole, is about to get more expensive, perhaps it’s a good thing Australians are set to get more budget-friendly options. Whichever side of the partition you sit, it’s sure to be an interesting few years in airline news.