“The entire plane parades past you while you wonder if it’s appropriate to sip your champagne.” 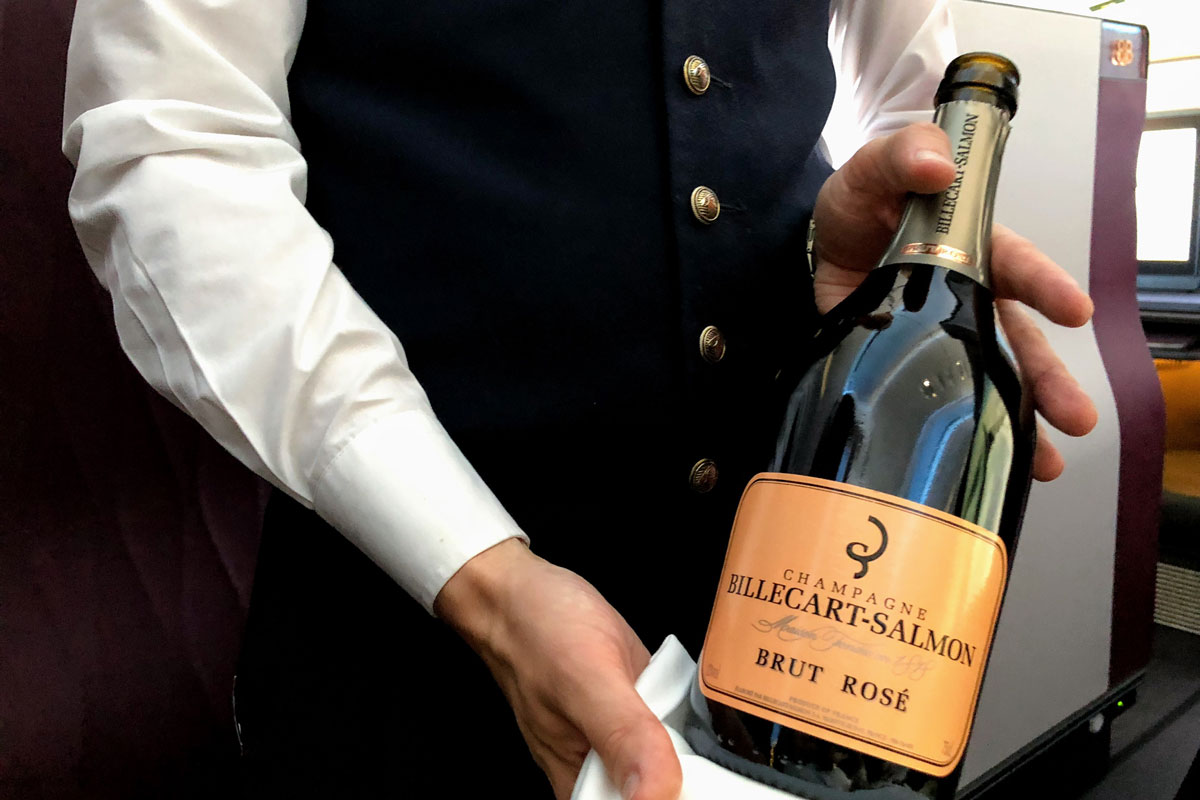 Once you trade the jammed knees and sticky elbows of cattle class for the bright lights of business, you never go back.

However, one Australian passenger is unlikely to upgrade again any time soon, after his first business class experience left him wishing “I had my $7,000 back.”

Lewis Nathaniel, the man in question, was studying in Barcelona when Covid unfurled. By the time he had finished his thesis (in July), passenger caps introduced by the Australian government had sparked chaos among those returning from overseas.

Airlines were bumping economy passengers left, right and centre, in some cases only taking 30 passengers per flight, and advising ticket holders to upgrade to business if they wanted to secure their spot.

Lewis found himself in September squatting in someone’s spare room, with the flimsy promise of a make-up flight in November.

“My flight had been cancelled twice already. I got the message. So I steeled myself, drained my savings, and spent A$7,000 on an upgrade,” Lewis wrote in an article for The Guardian.

Lewis was then mortified at the gate, when he realised he was the only business class passenger on the flight.

“Too embarrassed to stand alone in the queue next to the long rows of impatient travellers, I settled for loitering nearby with the silver (really more of a grey) trimmed edge of my ticket exposed.”

“With my hand angled just right, I hoped the stewards might notice, and save me the humiliation of asking to board the plane before anyone else.”

Alas, “In the end, a bell chimed, some muffled words rang out, and I was spirited forward – completely alone – towards the gate. ‘[My name]’ was murmured exactly eight times before I was lowered into a soft, almost comically large seat.”

DMARGE got in touch with Lewis to get further insights on the experience.

Lewis told DMARGE his dilemma continued beyond the gate: “the entire plane parades past you while you wonder if it’s appropriate to sip your champagne.”

“The most intoxicating moment was probably when my first meal arrived on a white cloth and I was asked for my coffee and digestif order.”

Lewis also noted, despite the “mundane frustrations” of life having been stripped away, he felt isolated “in a niceness so total it is almost oppressive, although not as oppressive as being unable to afford the privilege of coming home at all,” (The Guardian).

“Luxury like business class sells a kind of separation… It differentiates you, while also affirming you as especially deserving; not only is life effortless, but it deserves to be (for you). It is incredibly seductive, both fulfilling and validating our desires.”

“For 24 hours, I was indulged in that primordial, incorrect, intuition we all have: the world, and everyone occupying it, exists primarily in relation to me,” (The Guardian).

DMARGE quizzed Lewis on how long this ‘in the clouds’ feeling lasted. Until the plane touched down? Duty free? Baggage claim?

“When I applied for Centrelink and my entry into the ‘existing savings’ box was three digits.”

As for hedonism – a topic close to DMARGE’s heart (and hip pocket) – Lewis told us, “I am not a puritanical anti-aesthete, so am not in principle opposed to luxury. A hand-baked loaf of bread is a luxury; one could reasonably add literature or fine art to the category too.”

“One benefit of industrial society is its steady expansion of luxury goods to wider and wider audiences.”

However, the real question for Lewis, is “who gets luxury, to what degree, and how much the allocation of luxury is linked to social values which privilege certain people or groups over others.”

That’s some serious prosecco to ponder.