“I wish I had my seven grand back.” 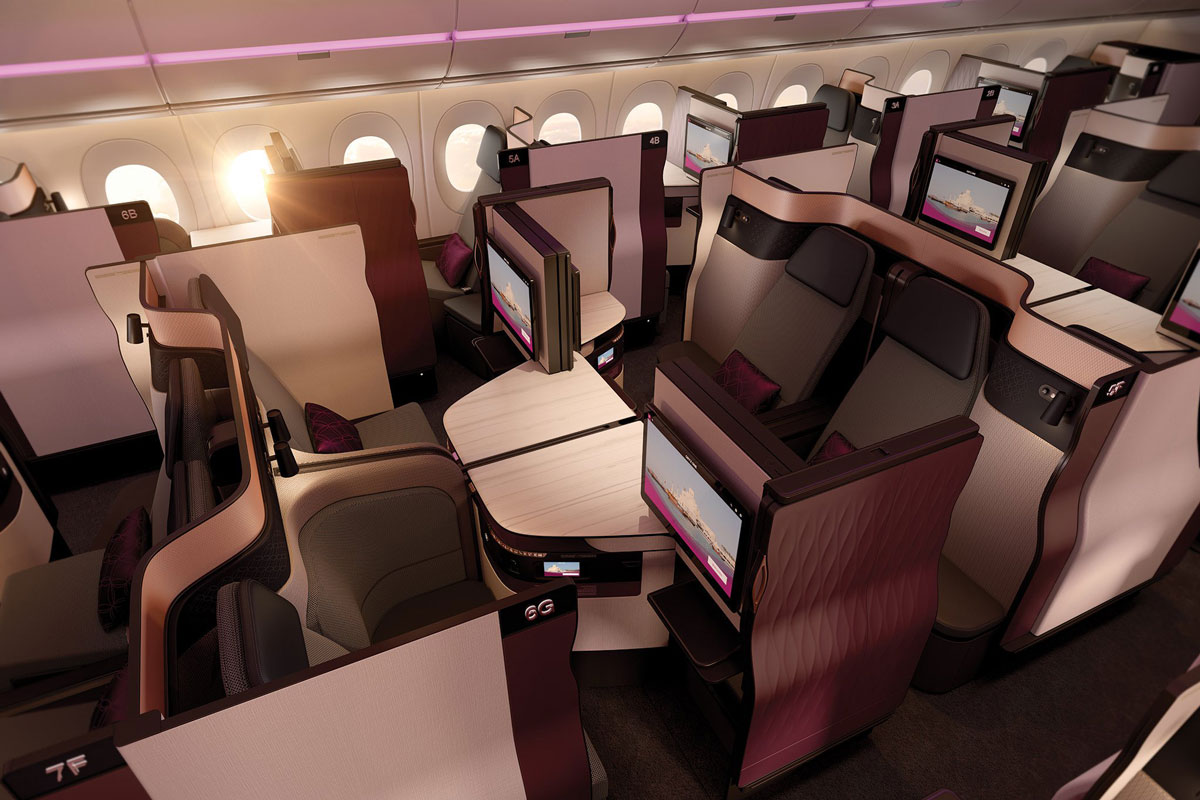 If economy is a Thai jail cell (fistfights and all) then business class is a Hansel and Grettle prison (creature comforts and everything).

But mortifying? Other than some embarrassing bank statements, mortifying is not a word you typically associate with business class.

But the latest piece of pointy end news shows times really have changed, with an Australian traveller yesterday publishing a piece in The Guardian, wringing his hands over his business class experience, rather than boasting.

Lewis Jackson had been studying in Barcelona since September 2019. When Covid cases exploded in March he considered leaving, but due to not wanting to break his lease (which he shared at the time with his then-partner) and not wanting to have classes at 2am at night, he chose to remain in Spain.

By July, Jackson had finished his thesis and his lease, and – with no hope of work in Spain – booked a flight back to Australia.

Jackson was caught up in this, finding himself in September squatting in someone’s spare room, with the flimsy promise of a make-up flight in November.

“With only 30 seats per flight sometimes, airlines started encouraging passengers to upgrade to business to guarantee a seat,” (The Guardian).

“My flight had been cancelled twice already. I got the message. So I steeled myself, drained my savings, and spent A$7,000 on an upgrade,” Jackson wrote in an article published by The Guardian.

Being the first time Jackson had flown anything but ‘promo economy,’ he dallied at the gate, describing the sinking feeling that struck as he realised he was the only business class passenger: “Too embarrassed to stand alone in the queue next to the long rows of impatient travellers, I settled for loitering nearby with the silver (really more of a grey) trimmed edge of my ticket exposed.”

“With my hand angled just right, I hoped the stewards might notice, and save me the humiliation of asking to board the plane before anyone else.”

Alas, “In the end, a bell chimed, some muffled words rang out, and I was spirited forward – completely alone – towards the gate. ‘Mr Jackson’ was murmured exactly eight times before I was lowered into a soft, almost comically large seat.”

It wasn’t all bad though, with a glass of pink champagne magically appearing next to him, and the cabin oozing soft edges and neat folds – features that would help most people forget about the plight of those in cattle class.

Our disgruntled passenger not so: caught up in a whirl of existential angst, Jackson looked out his “enormous porthole.”

“Inflight the stewards moved silently around the cabin, monitoring desire like a barometer… I received a heartfelt thank-you for each answer, as if I were resolving an issue that had been troubling them for some time. On the rare moments when I rang to order something, the stewards were apologetic, as if sorry for a failure of telepathy,” Jackson wrote.

“The drinks menu was campaign-length. The bathroom was enormous and always pristine, panelled in mahogany-toned faux wood. Scented moisturisers peeped out at me from little nooks, while I washed my hands under a surprisingly generous stream of warm water. When I got back, my chair had been transformed into a bed and I dozed off 35,000 feet over Turkey.”

Jackson’s final takeaway? Despite travel’s “mundane frustrations” having been stripped away, this blur of luxury only made him feel isolated: “You float isolated in a niceness so total it is almost oppressive, although not as oppressive as being unable to afford the privilege of coming home at all.”

“Luxury like business class sells a kind of separation,” Jackson added. “It differentiates you, while also affirming you as especially deserving; not only is life effortless, but it deserves to be (for you). It is incredibly seductive, both fulfilling and validating our desires.”

“For 24 hours, I was indulged in that primordial, incorrect, intuition we all have: the world, and everyone occupying it, exists primarily in relation to me.”

“I am grateful to be home, but I wish I had my seven grand back.”

On Twitter, Jackson’s sharing of his experience inspired various responses.

Interesting article Lewis. But where have you been since 1981? “Stewards” and “Portholes”? Really? Were you on an airliner (I’m guessing Qatar Airways) or the Titanic? Stewards have been Flight Attendants since 1981 and airliners have windows. That said I’m glad you’re back home.

“Hadn’t thought of this. Upgrading to business or first class, plus gear, might keep one safe enough to fly. May ski in Tahoe yet this year,” one user wrote.

“You felt isolated? Those of us living alone feel it every day during this lockdown. Stop the self-pity. You got home safely,” wrote another.

Passengers being forced to upgrade to business class, DMARGE understands, remains an issue, even as airlines get used to the new limits. Though the cap loosening has helped, Twitter remains replete with complaints and demands for it to be increased again.

No surprise to anyone @ScottMorrisonMP‘s flight caps (limited to 30 passengers/flight) are causing airlines to cancel routes to Australia as unviable. Worsening backlog of #strandedAussies #auspol #removethecaps https://t.co/rENZBta2NI

Australia still has a long way to go though when it comes to safely re-connecting with the rest of the world, and balancing its social, health, and economic needs.