‘Thieving With A Pirate’s Smile’: How Banksy Got Famous

An art dealer reveals all. 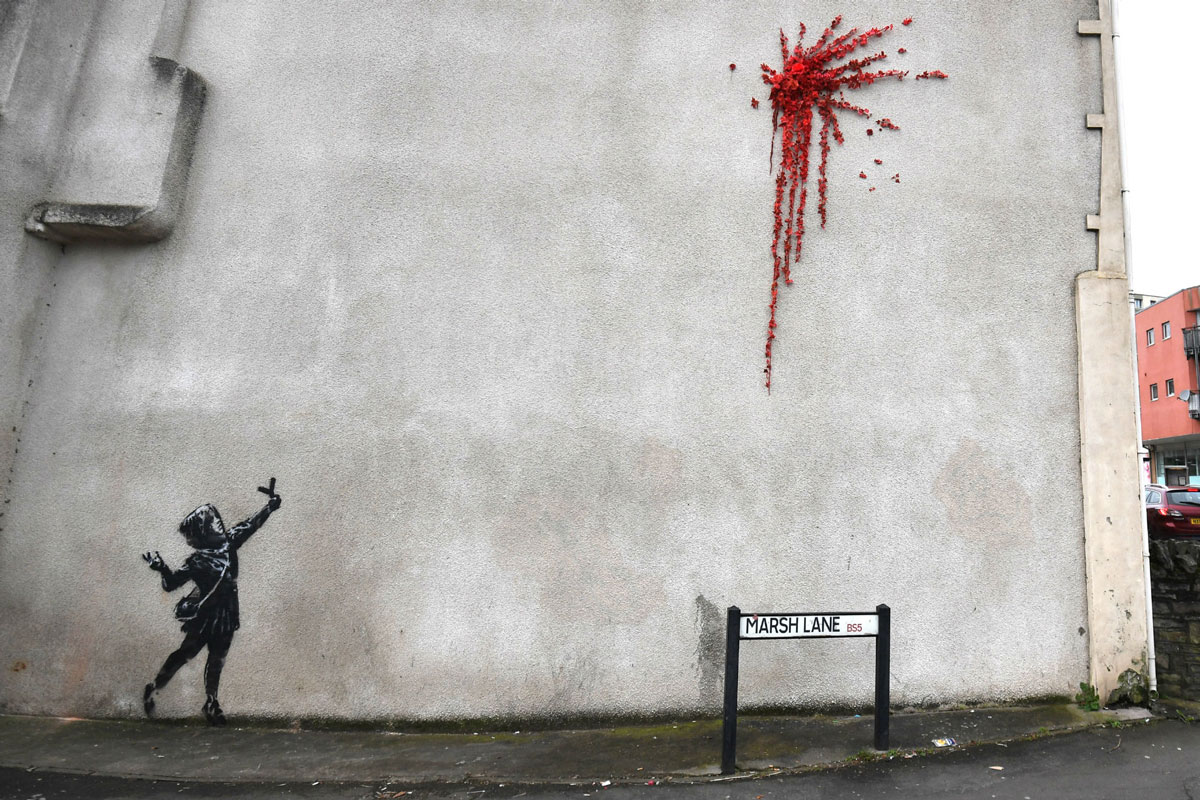 From Mark Manson’s Subtle Art Of Not Giving A F*ck to Jake Paul’s Eating Cheerios Out Of A Pair Of Jordans, a common complaint among 2020 snobs is that there’s no longer ~substance~ to the cultural works that trap most eyeballs.

Enter: Banksy. One of the few artists who is a household name (despite not having died 400 years ago), the ‘graffiti grandaddy’ is enigmatic, macabre and provocative.

Active since the 1990s Banksy’s thought-provoking stencils have brought him global fame.

Banksy popped back into newsfeeds recently when news broke his ‘Show Me The Monet’ artwork would go under the hammer at Sotheby’s London as part of their Contemporary Art Evening Auction on October the 21st.

In a piece of savage irony, the anti-capitalist painting is expected to fetch between $3.9 million and $6.5 million. But that’s a topic for another time (discussed in more detail here).

Today’s topic is how Banksy, who is believed to be 46, reached such lofty heights in the first place. In a world where few non-art lovers know any ~creator~ other than long-dead ones (think: Monet, Picasso, Van Gough) how did Banksy break into the public sphere with such a crack?

After discussing the irony of his ‘Show Me The Monet’ sale with one of Australia’s leading art dealers, Michael Reid (OAM), DMARGE was made to ask: is Banksy the basic bitch, the top 40 hit, the rosé on a blanket, of the modern art world?

Before we get into that, read what Mr. Reid said about the ‘Show Me The Monet’ sale.

“For the artworks ‘Show me the Monet’ Jerry Maguire-esk film riff to work, the Banksy needs to sell for a big money wedge,” Mr Reid told DMARGE exclusively.

“Selling the artwork for a good amount of money is central to Banksy’s multi-twisting inversion of popular culture, one that kicks received high culture up the ass.”

“Banksy puns the artist’s name; the artworks title; he takes a crack at the artist’s values within the art market and visually populates Monet’s tranquil, verdant, light dappled beauty with contemporary shopping centre trash. In terms of art history, Banksy’s artwork is a compelling multi-vehicle car crash, with limbs scattered across the highway.”

In spite of that, Mr. Reid told DMARGE Banksy is not looked down upon in the art world: “Far from it; the contemporary art world has witnessed an implosion of high & low culture over the last decade and thoroughly embraced and commodified this change. Now every major art museum exhibition in the work, ‘Exits Through The Gift Shop.’”

“As for playing the system, that is an age-old game in any market. Remember, Vincent van Gough’s brother Theo was a most significant art dealer. Without Theo, Vincent would have died a nobody. Vincent for all his talent, had an inside run of a brother who was at the top of his game and promoted him.”

Mr. Reid told DMARGE the reason many people only know the names of artists from centuries ago is because modern art institutions pander mostly to a middle aged demographic – “those that will spend to come along and can keep spending when there.”

“So, from the art museums, the young really only see the Greatest Hits of their parent’s childhoods.”

“If the Museum of Contemporary Art in Sydney undertakes another Andy Warhol exhibition, I will fucking scream. As interesting and important as Andy was, he died in 1987 or 33 years ago. That is a generation and a half ago. Andy is a modern artist. He is not a contemporary artist, but you would never know as the institutions pump out much of the programming based on the middle-aged demographics.”

As for whether the top artists of 2020 will be as famous as Monet and Picasso in 200 years (or whether Instagram quick hits will take over), Mr. Reid said, “More than handful of the artists of NOW will carry over visually to future generations. When historians, and the public look back to us they will do so through the eyes of individuals who told their own story and when that single visual voice is added to a chorus of visual voices, the future will understand the whole.”

“So even as a document of who we were, some artists and their practice will survive into the future – original or not. The question is maybe not whether the artists of NOW are unoriginal, but whether our time is, and they are reflecting us.”

Mr. Reid said the last artist, in his eyes, who broke through the public consciousness and became a household name like Banksy, without piggybacking off the iconography of other artists’ famous works (a la Banksy) is Damien Hirst.

“His shark in a tank or fully known as The Physical Impossibility of Death in the Mind of Someone Living 1991 came from seemingly no-where and is now considered to be one of (if not the) most important artwork of the 1990s.”