The Wilderness Skill Australians Think They Know But Really Don’t 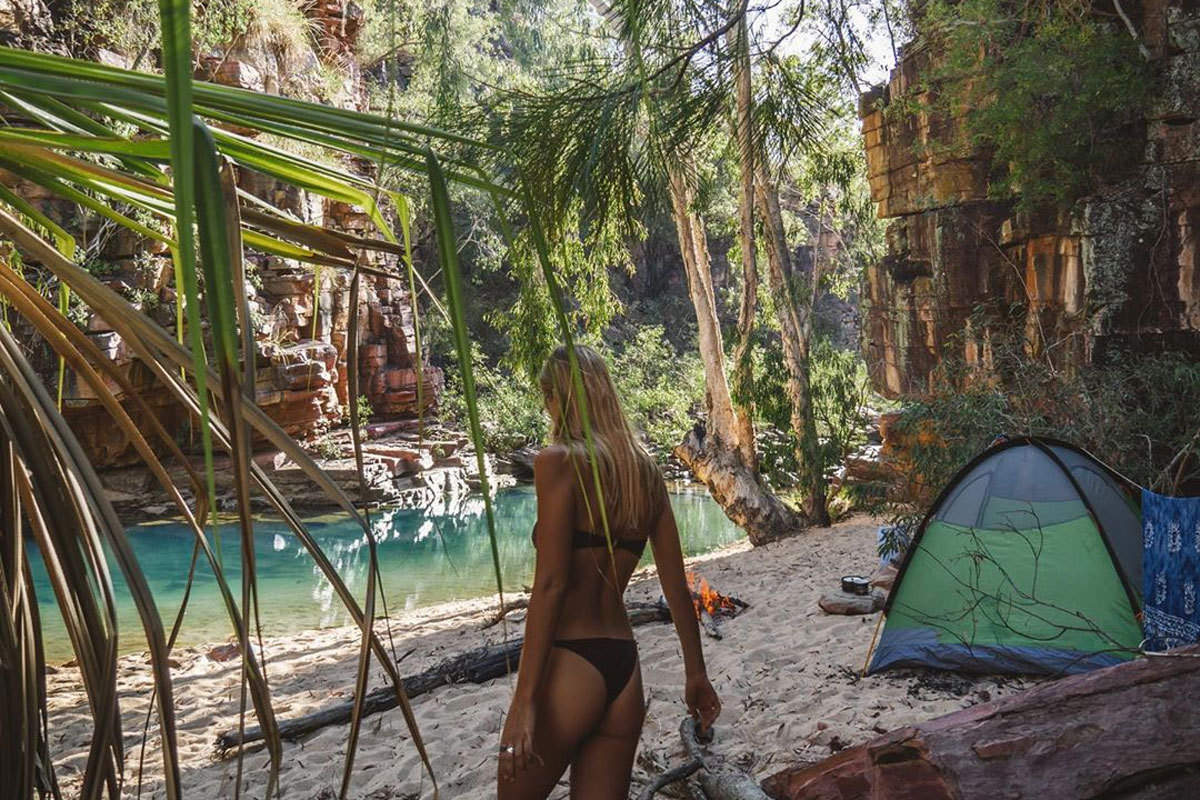 That’s right: in this world where Google Maps reigns supreme and where the Southern Cross is associated more with the Cronulla Riots than with the night sky, we instinctively reach for our mobile phones to get us out of trouble.

Cue: a twist on the iconic 2006 slogan ‘Where The Bloody Hell Are You?’ (which comes from a $180 million tourism campaign which encouraged tourists to come and visit Australia).

GME has repurposed the message for Australians, encouraging them to think: ‘Where The Bloody Hell Am I?’ as they prepare to go bush in 2020 (a growing trend thanks to the dearth of international travel options).

Legitimately one of the worst offroad situations I have been in. Stuck in the middle of nowhere with about 1.5km to the nearest tree or car to winch off (no way we were bringing @saltydavenport’s car on the lake to winch off). Thankfully we popped out with some tracks before we had to pull the PLB. #wherethebloodyhellami #gme @gme_au

The ‘Where The Bloody Hell Am I?’ campaign urges those camping, bushwalking and fishing their way around the country to avoid a potentially dire situation by staying prepared and in touch by carrying an emergency distress beacon.

The campaign launches as new research polling 1,000+ Australians reveals the majority of Aussies would not choose the correct safety and communication equipment when going bush.

The research revealed, “Packing a mobile phone is the most popular safety equipment choice behind food and water supplies, with the vast majority (95%) of Aussies not realising that only a small fraction of Australia’s landmass (14%) is covered by mobile phone reception.”

GME also found that 55 per cent of Australians were looking to travel domestically, with one in two people saying they’re likely to participate in an outdoor adventure activity.

However, despite more than 50% of Aussies reporting “confidence” in their survival knowledge, our tendency to prioritise phones over distress beacons tells a different story.

I have had my fair share of where the bloody hell am I? moments. Luckily, GME’s amazing radios and emergency beacons have meant me and my ute are never too far from help. The team @gme_au have just launched their epic ‘Where the bloody hell am I’ campaign to encourage Aussies not to skimp out on the best safety and communications gear when getting amongst the great outdoors. #gme #gmeau #wherethebloodyhellami #4×4 #offroad #2020travel #sponsored

“It’s great to see so many Aussies taking up camping, four-wheel driving and fishing for the first time, but many don’t realise that just a few clicks out of the city and you’ll need a UHF CB radio or Personal Locator Beacon if you require emergency assistance,” GME product and safety expert Tony Crooke said.

Putting this into perspective is Australia’s Search and Rescue System statistics – the organisation returns an average of 2,000 people per year, or over five people every day.

GME​ ​is Australia’s leading manufacturer of emergency distress beacons (EPIRBS/PLBs) and UHF radios – used to locate lost adventurers in an emergency situation. They are an incredibly important, life-saving tool, particularly in Australia where phone reception is limited,” (GME).

As Yahoo reports, the importance of an emergency beacon was proven last year after a Queensland bushwalker who fell down a waterfall crawled for two days with one of his legs “snapped” above the ankle before finally being rescued.

“Neil Parker, 54, fractured his leg and wrist in the six-metre fall on September 15, 2019, while walking by himself in Cabbage Tree Creek on Mt Nebo, northwest of Brisbane,” (Yahoo).

Tales like these, plus the results from the GME study, go to show just how useful an emergency beacon can be.