A trip down memory lane. 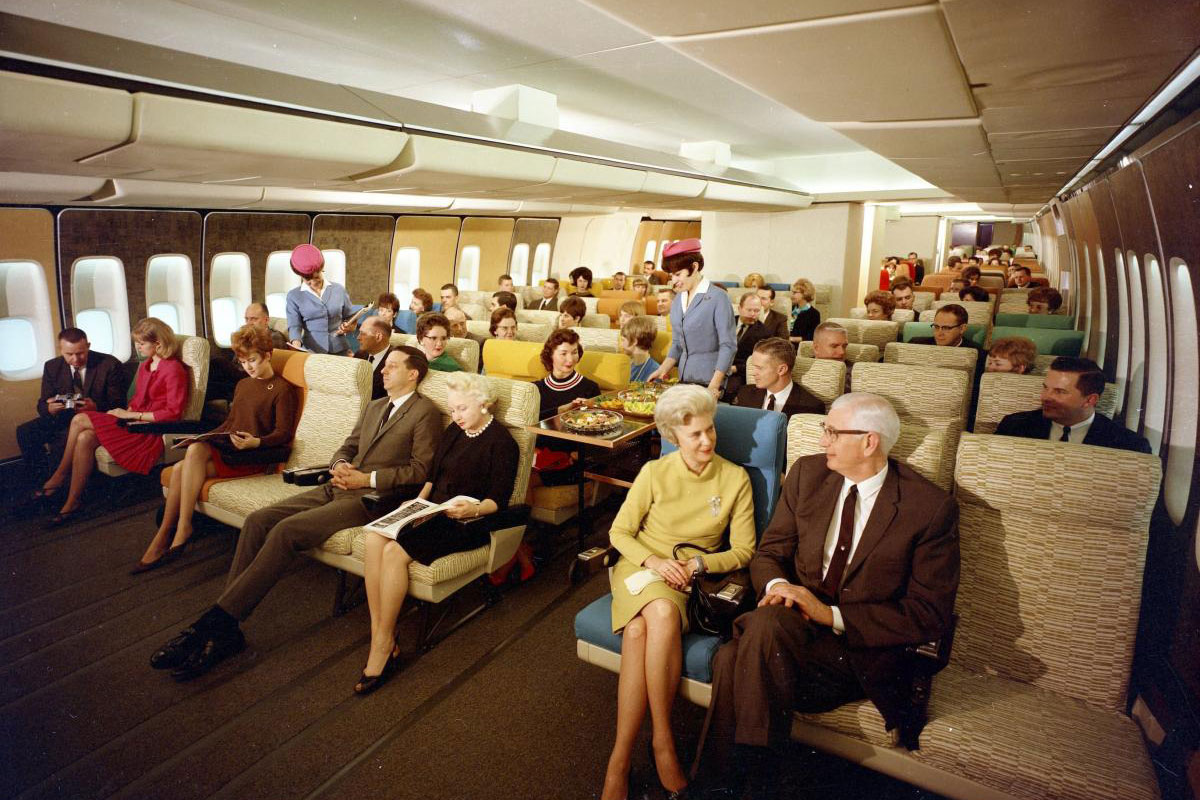 Boeing 60s mock up of what one of their planes might look like one day. Image via Gizmodo.

If first class is a gold-lacquered prison, cattle class is a knee-crunching jail. From sticky tray tables to claustrophobic night terrors, economy has become known as a special kind of hell – the perfect penance for those flitting overseas to flood their friends’ feeds with FOMO.

Suffice to say: thanks to the reclining wars and rude antics of economy passengers worldwide (never mind that the pointy end has plenty of problems of its own), economy has officially been cast, rightly or wrongly, for some time now, as a hell hole.

But photos dug up by obscure Instagram account @joanday show that economy travel wasn’t always this way. Even more interestingly, they suggest the difference is not so much in the physical difference between ‘now and then’ amenities but in attitude.

The first photo, taken on a Malaysia-Singapore Airlines flight (a carrier which came into being in 1966, and which ceased six years later in 1972 when both governments decided to set up their own national airlines), shows one man with a – symbolic – face full of hope (presumably waiting for a beer), a flight attendant serving a drink to another passenger, and an old man relaxing back into his seat.

Whether planes back then really had a touch more class (or whether its just nostalgia talking) we’ll leave up to you.

Another photo posted by @joanday in August, shows a scene from what appears to be the 90s, taken on a Philippine Airlines flight.

Though this image shows a touch of class we’d argue is lacking from economy in 2020, Instagram comments suggest the public perception of cattle class was already on the decline by this point.

“One of the worst airlines I travels [sic] with in the laser 90s.”

It’s not all bad news though: as Business Insider reports, “Flying, [now] in general, is significantly more safe and reliable.”

“According to data from the Flight Safety Foundation, the rate of fatal airliner accidents decreased from 4.2 per 1 million flight in 1977 to around 0.2 per million flights in 2017,” Business Insider reports.”