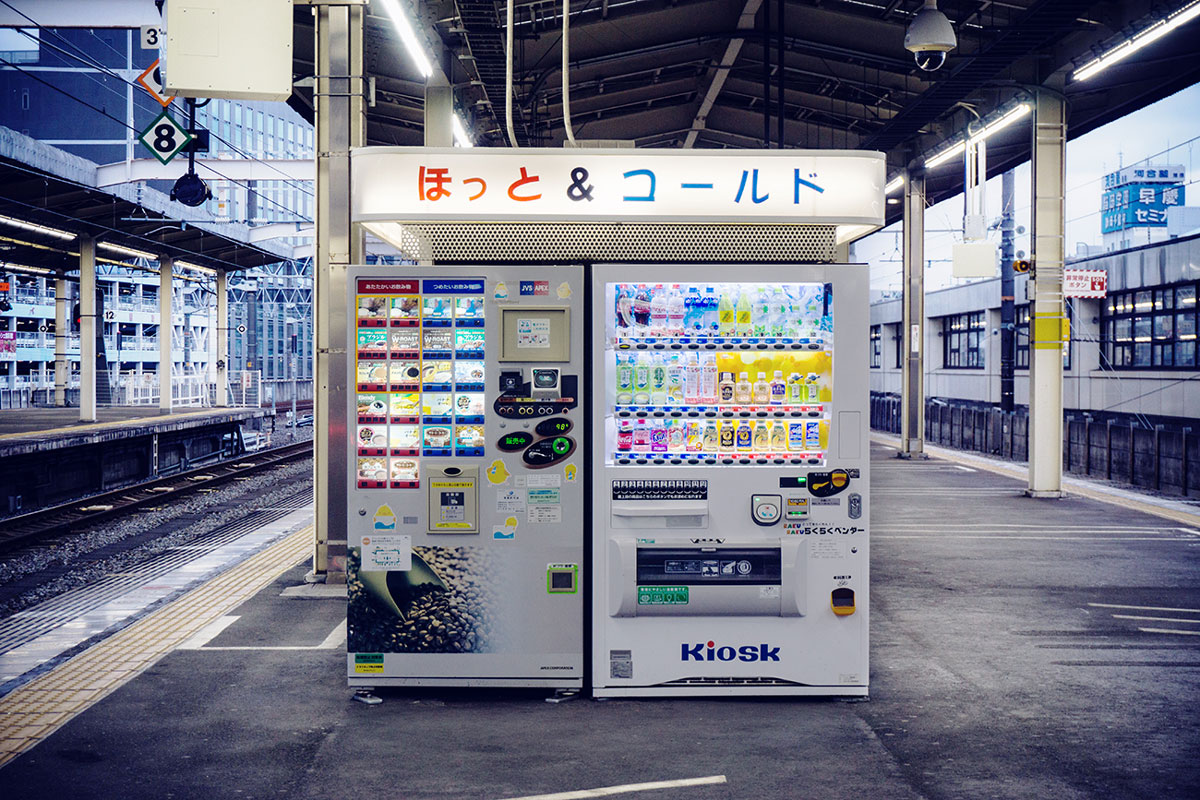 The Japanese love their coffee too – but they enjoy the bean in a very different way to everyone else.

If you’ve ever travelled to the Land of the Rising Sun, you’ll have noticed how many vending machines there are. Vending machines are ubiquitous in Japan, with around 5 million on the ground today – that’s about one for every 25 people. They do more than just serve drinks, too: vending machines in Japan dispense everything from hot chips, fresh eggs, and even lingerie… You know, the essentials.

More pertinently, most vending machines serve up a wide variety of canned coffee. Served either hot or cold, canned coffee is incredibly refreshing – imagine a smooth cold brew, then add just the slightest hint of milk and a bit of sugar. The cans tend to be double-walled, and there’s a huge variety of brews, strengths and flavours available. Plus it’s cheap as hell: a standard can costs around ¥110 / $1.50.

While it used to be a uniquely Japanese phenomenon, canned coffee is now making inroads in Australia. Normally only available at Asian grocers or other specialist importers, Japanese market leader Boss (owned by drinks giant Suntory) has started selling canned coffee in Australian supermarkets, backed by a huge marketing campaign. Others like British brand Minor Figures and Melbourne-based roaster Seven Seeds have also jumped in on the canned coffee trend, their brews finding their way to Aussie shelves.

Secondly, canned coffee can be consumed hot or cold – although cold’s definitely the way to go, in our humble opinion. They’re the perfect solution for Aussie coffee snobs on the move – throw a bunch of canned coffees in an esky and take it to the beach and you’re golden. The purity of their flavour also makes them perfect mixers for cocktails.

RELATED: How To Make The Ultimate Sweet & Stimulating Espresso Martini

The only negative about canned coffee is that the ‘Aussie-spec’ Boss coffee pales in comparison with the real ‘JDM’ stuff, which is not only stronger but less milky and less cloyingly sweet. We’re not sure why the Japanese think that we need our coffee watered down, but thankfully there’s still plenty of Asian grocers around the country where you can pick up the real McCoy (for far cheaper too, mind). Rainbow Mountain Blend, anyone?