Luxury Perfume’s Most Prolific Ingredient Is Under Threat

The stench of failure? 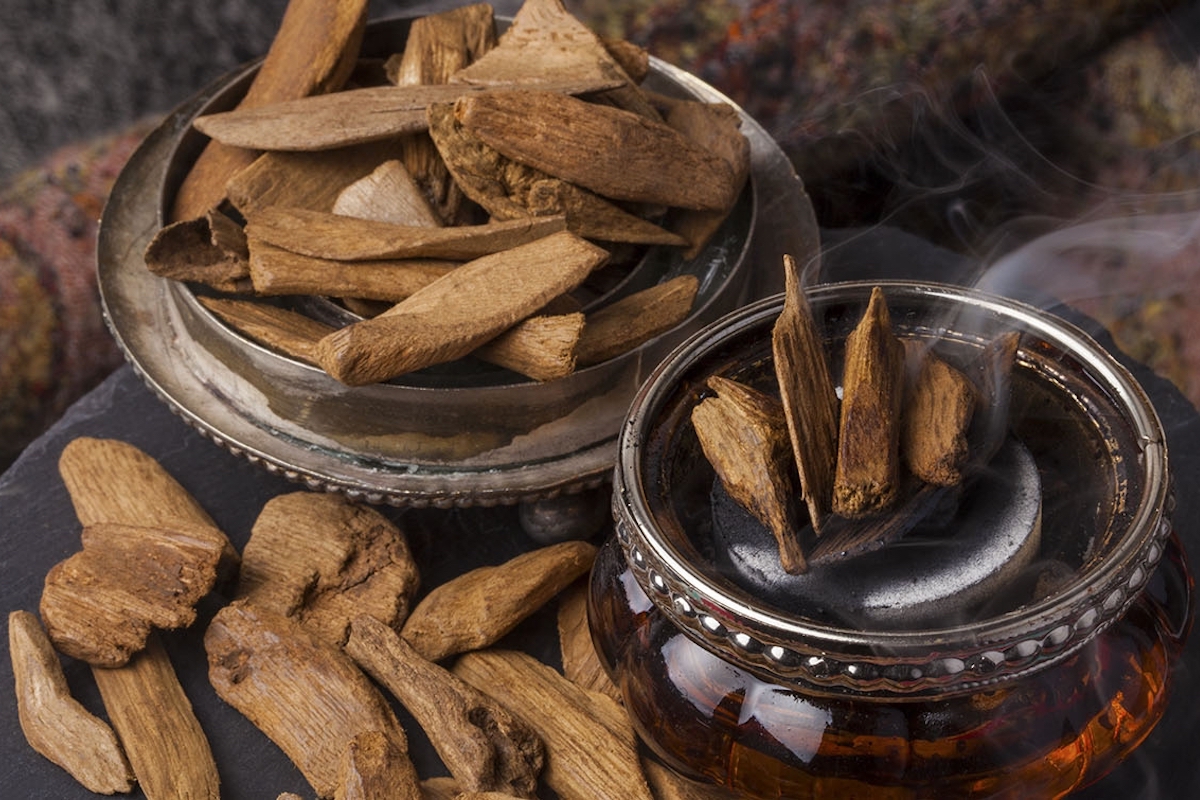 Creating a luxury perfume is akin to alchemy – a fine art of mixing and balancing a wide variety of ingredients in order to create a harmonious, appealing, distinct scent.

Some ingredients seem to find themselves into colognes that you might not expect or have ever even heard of: tonka bean, sandalwood, grapefruit, ambergris, formaldehyde… Exactly what goes into the world’s most famous fragrances is also a closely-guarded secret, with brands keen to maintain their individuality and market edge in what’s quite a saturated market.

But one ingredient that many perfumes use that’s become incredibly prolific is oud. An essential oil distilled from agarwood, a dark resinous wood that’s been used in incenses and perfumes for hundreds of years, oud has a distinctly woody, rich aroma with a spicy smokiness to it – perfect for masculine fragrances. It’s seen a huge resurgence of popularity in the perfume world in recent years, with luxury brands like Tom Ford, Acqua di Parma, Yves Saint Laurent and Creed all offering oud-based colognes, eau de parfums, aftershaves and so on.

Part of oud’s allure also comes from its rarity. Like how pearls are formed by oysters as a sort of immune response, agarwood is formed in the heartwood of Aquilaria trees when they become infected with mold or other contaminants. The tree reacts by producing a dark aromatic resin, which impregnates the infected area, forming agarwood. Just as pearls are incredibly rare in nature, so is agarwood – it’s almost down to luck whether or not a tree will produce it, let alone if you can find it.

A post shared by Maison Francis Kurkdjian (@maisonfranciskurkdjian) on Jun 15, 2020 at 10:07am PDT

But growing demand has made natural oud even rarer, and due to unsustainable production and poaching, all varieties of Aquilaria trees that produce agarwood are now classified as critically endangered, Business Insider reports:

“The global [acquilaria] population has declined by 80% over the last 150 years. Even for those surviving Aquilaria trees, the frequency of natural fungal infection is extremely low. Some estimates say only 2% of wild Aquilaria trees are adequately infected to produce agarwood naturally, meaning the hunt to find natural agarwood is extremely arduous.”

Again, much like how many pearls today come from dedicated pearl farms, there are also plantations where Aquilaria trees are artificially inoculated in order to stimulate agarwood growth. Of course, the ‘real thing’ is still highly prized.

There’s an argument to be made that modern perfumery has hit ‘peak oud’ – that mania for the ingredient has not only pushed the trees that make it close to extinction but has pushed it into the realm of cliché when it comes to luxury perfumes.

DMARGE spoke exclusively with Francis Kurkdjian, legendary French perfumer, founder of Maison Francis Kurkdjian and the mastermind behind fragrances like Jean Paul Gaultier Le Male, My Burberry, Dior Eau Noire and many more – who related that the supremacy of oud in the luxury perfume world is sure to wane in the coming years.

“I think there was a 10-year door, where there was that rush into creating oud scents. We’ve said a lot about oud, and there’s been great fragrances made with oud, but also a lot of things that shouldn’t have been created. When we discover something new, everyone rushes in… We should give it a bit of time. Maybe in five or ten years time, someone will come up with a new combination; a new accord with oud; something interesting. And in the time being, you can use oud as an ingredient, without creating whole perfumes based on it.

In the meantime, check out our guide to the best colognes and fragrances of 2020.