It eats Subarus for breakfast. 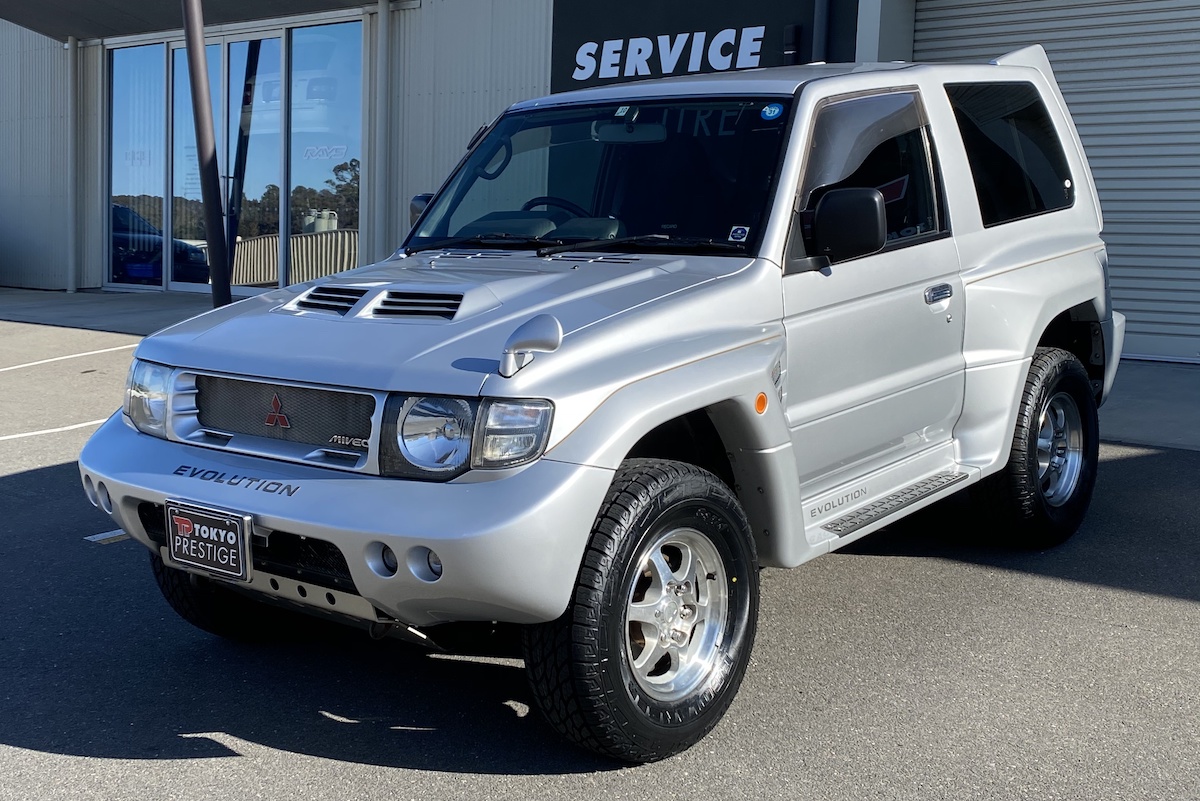 The asset price bubble might have burst, causing stagnation and economic uncertainty, but the world’s leading car-making nation didn’t give up on making exciting cars. If anything, the Japanese doubled down, manufacturers releasing a slew of now-iconic models: the original Honda NSX, Mazda RX-7 FD, Toyota Supra Mk4, Subaru Impreza 22B STi, and the Nissan Skyline R32 GT-R…

RELATED: Rare ‘Australian Godzilla’ Could Be Your Once In A Lifetime Chance To Own A Bathurst Legend

But the Japanese manufacturer who really shone in the 90s was Mitsubishi, which had a whole fleet of successful performance cars like the powerful 3000GT, stylish FTO and of course, the first five generations of the legendary Lancer Evolution (better known as simply the ‘Evo’).

What you might not know is that the Lancer wasn’t the only car in Mitsubishi’s lineup to get a special performance edition. The diminutive Colt and Australian-made Magna both got Evo-inspired Ralliart editions, and the Japanese domestic market (JDM) exclusive RVR Hyper Sports Gear-R shared its running gear with the Evo III.

But the only other car to officially get that coveted ‘Evolution’ badge was the Pajero – Mitsubishi’s ultra-successful 4×4 SUV. The Pajero Evolution is a rare, incredibly 90s off-road rocket that remains just as cool and capable as when it first hit Japan’s streets in 1997… And there’s a mint condition one being sold in Adelaide right now. 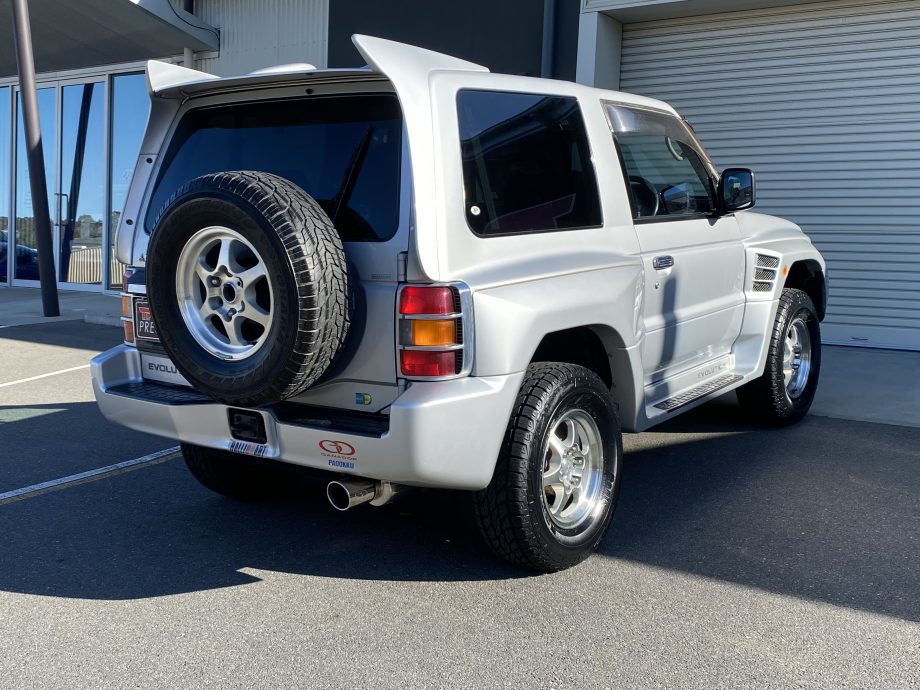 Its power level is over 9000. Image: Tokyo Prestige

“The Pajero Evolution, known as PajEvo, was introduced in 1997 and built until 1999 as a special edition performance SUV,” Daniel Bell from Tokyo Prestige explains.

“Mitsubishi had to produce something in order to meet new regulations for the Paris-Dakar rally of the time, which meant entrants had to base their vehicles on a production model.”

“Around 2500 were made, based on the short wheelbase, three-door Pajero. It features a more muscular body with pumped wheel arches, a bulging bonnet with special vents, driving lights, and plenty of underbody protection compared with the regular Pajero. There’s also a crazy Sonic the Hedgehog-style rear wing apparatus to help guide dust when you’re flying along the desert.”

“Under the bonnet sits a 3.5L naturally aspirated V6 engine producing 206kW and 348Nm [of torque] hooked up to either a five-speed manual or five-speed automatic transmission. Obviously, it’s four-wheel drive, with a locking centre diff and limited-slip diffs front and rear to help make it unstoppable on the rough stuff.” 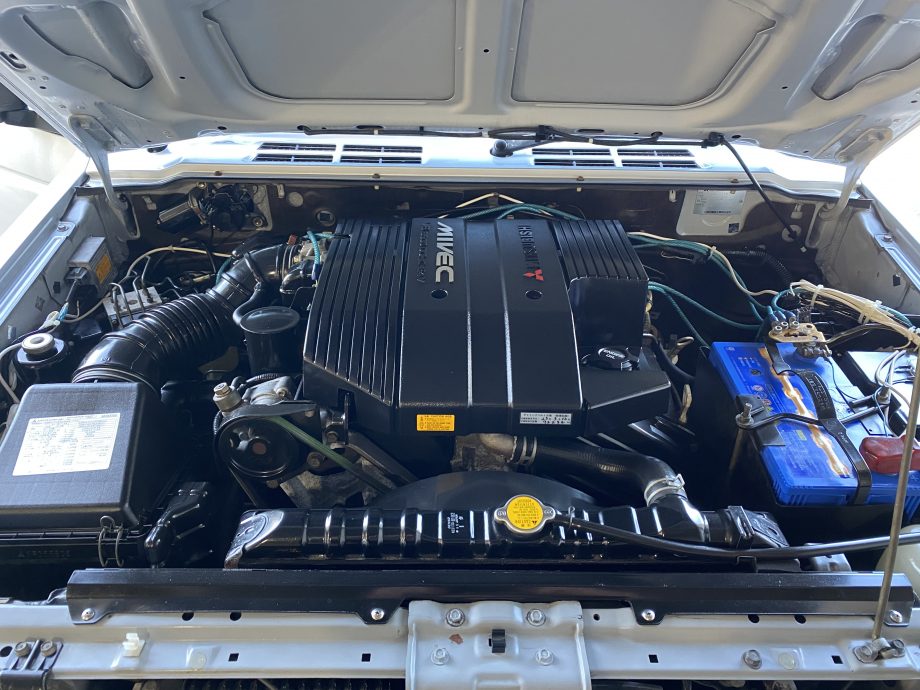 Everything about this car screams 90s outrageousness. From the immaculate silver paint, insane bodywork and blindingly plastic, spartan interior to very Japanese touches like the left fender mirror and ‘JDM’ stickers above the cannon tailpipe, this ‘PajEvo’ is crazier than a bento box filled with cocaine.

“When it comes to ultra-cool cars from the ‘80s and ‘90s, the Pajero Evo is regarded as one of the all-time greats,” Bell shares.

“These things are so renowned for their performance that they are still used in off-road motorsport today. The fact that Mitsubishi made these road-legal is unbelievable and we doubt many mainstream carmakers out there today would dare build such a bespoke and focused vehicle.”

“This example up for sale has just 96,905km on the clock and is in very good condition. It still has the factory Recaro bucket seats and the 3.5 V6 engine with the five-speed auto.” 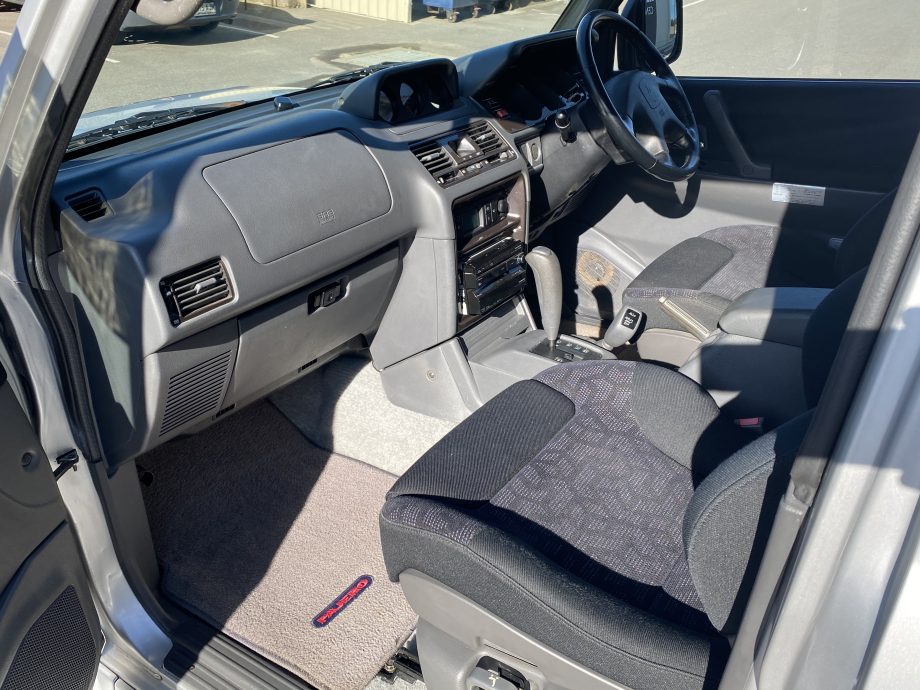 There’s something to be said about the utilitarian design of 90s car interiors. This is a pristine example. Image: Tokyo Prestige

While 206kW might not seem that impressive, consider that this Pajero is just as powerful as the Evo IV it would have sat alongside at Mitsubishi dealers back in the day. That said, power figures for both cars are somewhat dubious.

All JDM cars until 2005 abided by a ‘gentlemen’s agreement’ struck between Japanese carmakers that they wouldn’t make (or at least advertise) their cars as making more than 206kW. So officially, that’s what these cars make, but in reality, they probably make much more than that, especially with a tune and some decent petrol. For the record, no new Mitsubishi sold in Australia today makes even close to 206kW.

Mitsubishi has fallen off since the glory days of the 90s: the tenth and last generation of the Lancer Evo ended production in 2016, and their modern vehicles are perhaps the most boring cars on the market. Even brands that have long had ‘snore-worthy’ reputations like Kia and Škoda make interesting, fun cars (not to mention their build quality is miles ahead of what Mitsubishi has to offer).

Thankfully, there are still some 90s JDM survivors that remind us that Mitsubishi used to be cool. More than cool, even. Truly bonkers, like this PajEvo: a car so insane that it makes even Virgil Abloh’s G-Wagen look tame in comparison.

Selling for a quite reasonable $41,980 in the Adelaide Hills, this rare beast isn’t going to sit around forever. Check it out on Tokyo Prestige’s website here.