“I feel like I’ve got the golden ticket to Willy Wonka.” 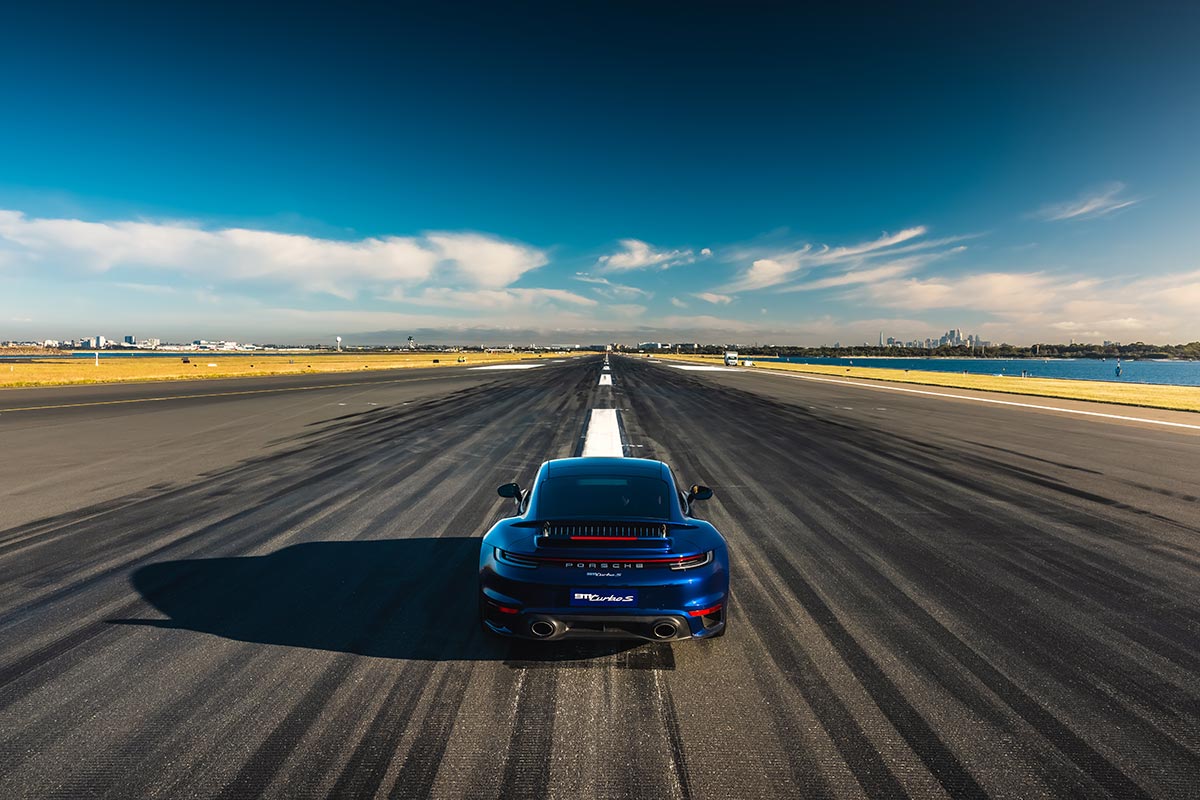 Sydney Airport is usually a pretty exciting place, with a trip to Australia’s busiest airport normally meaning you’re off on a holiday or picking up someone you haven’t seen in a while. Today, however, it was exciting for an altogether different reason: it held one of the most spectacular car launch events anywhere in the world.

One of the great ironies about performance cars is that you’re very rarely ever going to be able to unleash their full potential during day-to-day driving, if ever. But a dearth in air traffic thanks to the pandemic has meant that Sydney Airport’s passenger traffic has slowed to a trickle. Bad news for airlines perhaps, but great news for a certain enterprising sports car manufacturer from Stuttgart with a new sports car on their hands.

Porsche and Sydney Airport coordinated with multiple government and regulatory agencies to safely and temporarily close runway 16L/34R, one of two runways that extends out into the Harbour City’s azure Botany Bay, for Porsche’s ‘Launch Control’ event this morning, which gave VIP guests and potential Porsche customers the unprecedented chance to send the new Porsche 911 Turbo S down a long, straight stretch of tarmac. 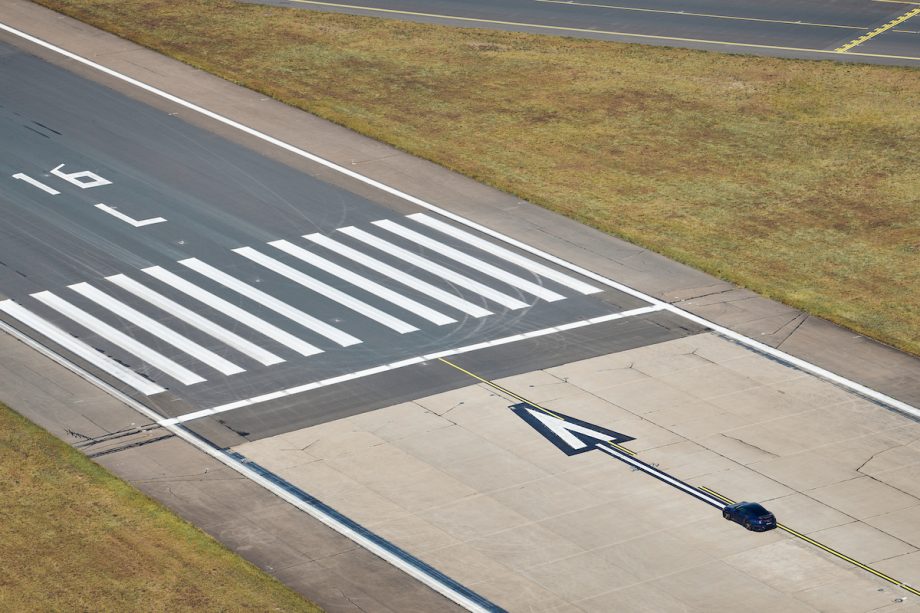 The new Porsche 911 Turbo S is based on the eight-generation of the ‘Neunelfer’, internally designated the 992. Its 3.7L twin-turbocharged flat-six makes a very healthy 478kW plus 800Nm of torque, does zero to 100km/h in 2.7 seconds, zero to 200km/h in 8.9 seconds and has a top speed of 330km/h, which drivers were able to tickle as they made their way down the 2.2km stretch of runway.

The lucky thrillseekers were able to get the Porsche to speeds in excess of 300km/h – for comparison, a Boeing 737-800, one of the world’s most common commercial planes and the mainstay of Australia’s domestic fleet – averages around 260/290 km/h on takeoff. If they were sharing the runway with some Qantas pilots, they’d give them one hell of a scare.

RELATED: How Australian Pilots Are Overcoming The New Challenges In The Aviation Industry

‘Launch Control’ sounds like a relatively simple concept. Get an open stretch of runway, some fast cars, and hope for good weather. But the event almost didn’t happen: such an undertaking required a great deal of planning and imagination. 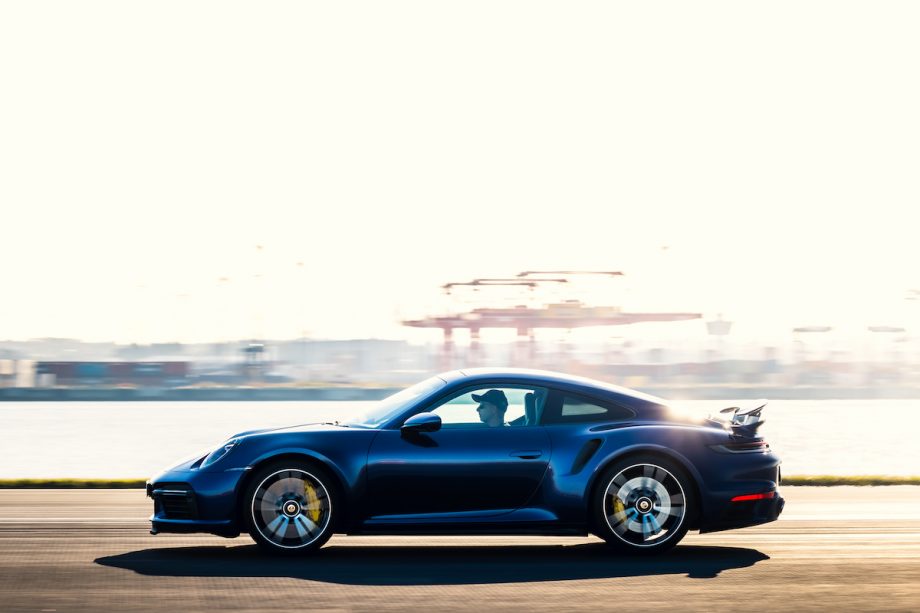 “It started as a far-fetched idea that turned into a reality and once in a lifetime experience… it’s probably never going to be repeated,” Belinda Coen, Marketing and Events Manager of Porsche Centre Sydney South relates.

“Logistically there’s so many things to consider, first and foremost safety… a lot of work went into understanding the length of the runway, speeds the vehicle would be able to get to at various lengths and then working backwards … so we could deal with any situation.”

“COVID-19 has taken a massive toll on the aviation industry, and with our passenger traffic down by 97% we were able to consider an event which simply wouldn’t have been possible in normal circumstances,” Josh Clements, Head of Media & Communications told DMARGE. 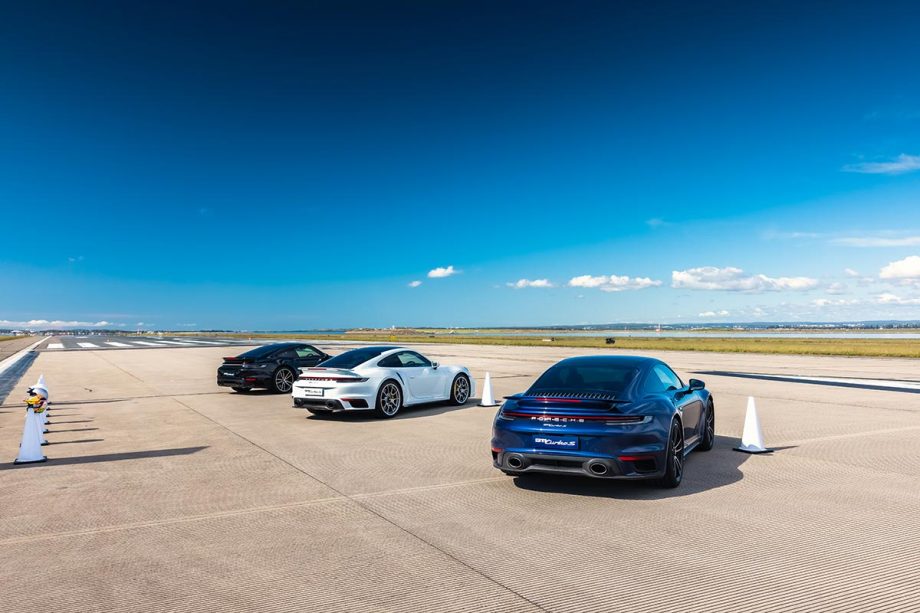 One of the upsides of 2020 has been how it’s forced businesses of all shapes and sizes to innovate and take risks. We applaud both Porsche and Sydney Airport for such an amazing collaboration – and for the opportunity to experience some of the world’s finest sports cars pushed to the absolute limit of their immense capacity.

Read more about the event here and check out the new 911 Turbo range here.