The problem no one will want to admit to. 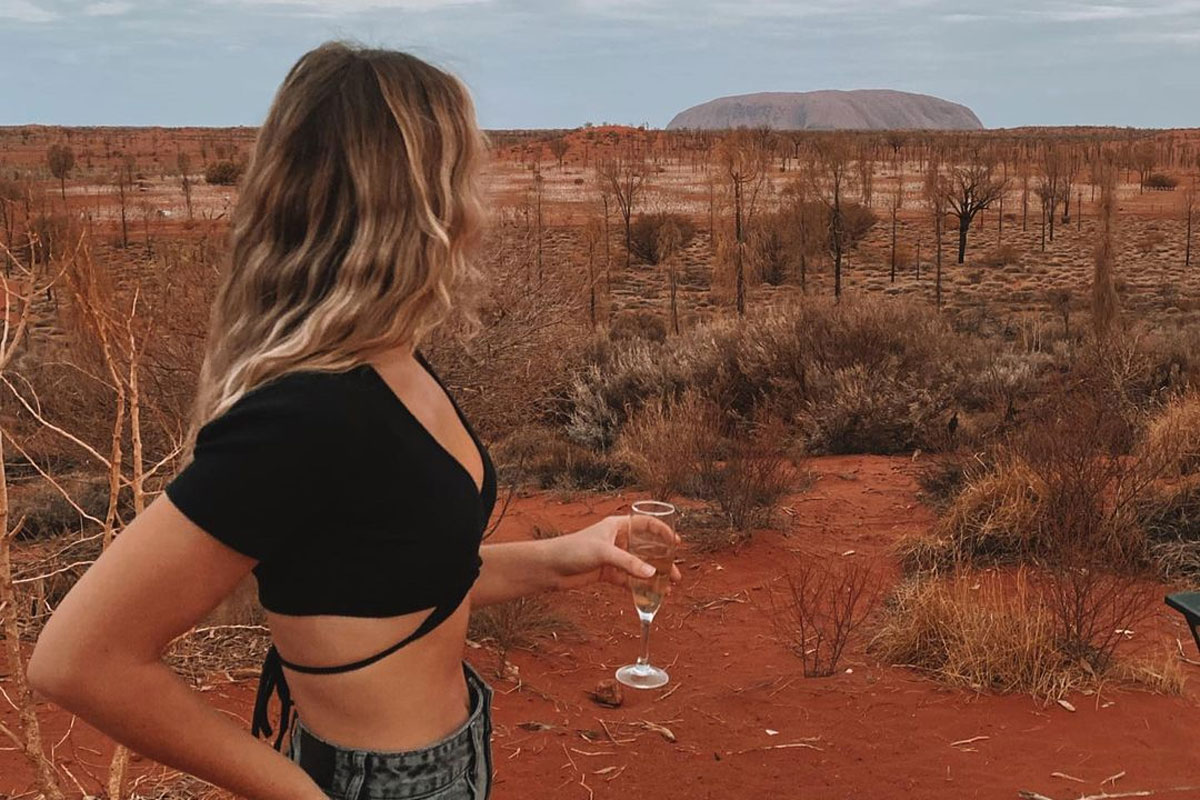 Better than a staycation? Qantas this week announced a one-off flight to Uluru.

The initiative follows Qantas’ “flight to nowhere” which sold out almost instantly (and which flew around Uluru, the Great Barrier Reef and the Gold Coast, without ever touching down, before returning to Sydney in the same day).

Continuing the series – and taking off on Saturday the 5th of December – the new “flight to somewhere” goes to Uluru, costs $2,500 ($4,000 for business class) and includes a one night stay (in twin share accommodation) at Sails in the Desert.

According to Qantas, “During their stay guests will enjoy a hands-on Indigenous art workshop, a Night at Field of Light including a three-course dinner under the stars using native ingredients, with a didgeridoo performance and an Indigenous interpretation of the night sky.”

The next morning, passengers will watch sunrise over Uluru and walk to the Muṯitjulu Waterhole as well as a visit to neighbouring Kata Tjuta, before a late morning brunch and a flight back to Sydney.

When Qantas posted the announcement to Instagram many positive comments came in, suggesting the airline keep the route as a permanent fixture and congratulating the initiative.

The announcement has also been met with much media fanfare.

However, judging by Qantas’ enticing (but chock full) itinerary, there doesn’t appear to be much time for passengers to loll in the luxury provided.

While few will admit to being disappointed by this (it’s all about the experience and soaking up cultural icons like Uluru anyway), taking some time to relax is arguably a fundamental part of the resort experience – and something which a flying overnighter will always struggle to provide.

Various cheeky Instagram photos with the hashtag (and geotag) ‘Sails In The Desert Hotel’ provide a taste of what the Qantas one nighters will likely be missing out on.

From posing awkwardly in the patio…

… to swimming in the pool…

… to having a lazy afternoon with wine…

… there will be a lot of potential ~lounging~ that goes unexperienced.

Though the stalwarts will say visiting The Red Centre is not about all that anyway (a sentiment we broadly agree with), we imagine there will be a few people who will secretly regret not having more time to lounge by the pool (but too ashamed to admit it).

But hey: it’s a smart initiative, and will hopefully provide Australians with a greater understanding of one of Australia’s most culturally significant sites.

On that note: Qantas Group Chief Executive Alan Joyce said there has never been a better time to be creative in promoting our own backyard and supporting tourism operators.

RELATED: I Tried Bali’s Instagram-Famous Floating Breakfast Experience & It Was A Total Disaster

“Now that more borders are starting to open, we’re partnering with tourism operators on the ground to offer special flights to special destinations. Even though seats are limited, we think the awareness generated by these flights is a great way to get more people thinking about where they might holiday as we head towards summer,” Joyce said.

“As well as a handful of these special scenic flight experiences, we’re ready to ramp up our regular services with very competitive fares to help reunite families and friends by the end of the year.”

“Across Qantas and Jetstar, we’re currently operating at just under 30 per cent of our pre-COVID domestic capacity and if borders continue to be relaxed, we’re hoping that will reach about 50 per cent by Christmas. That will be great news for a lot of people in the travel and tourism industry as well,” added Mr Joyce.

We’ll book a ticket to that.