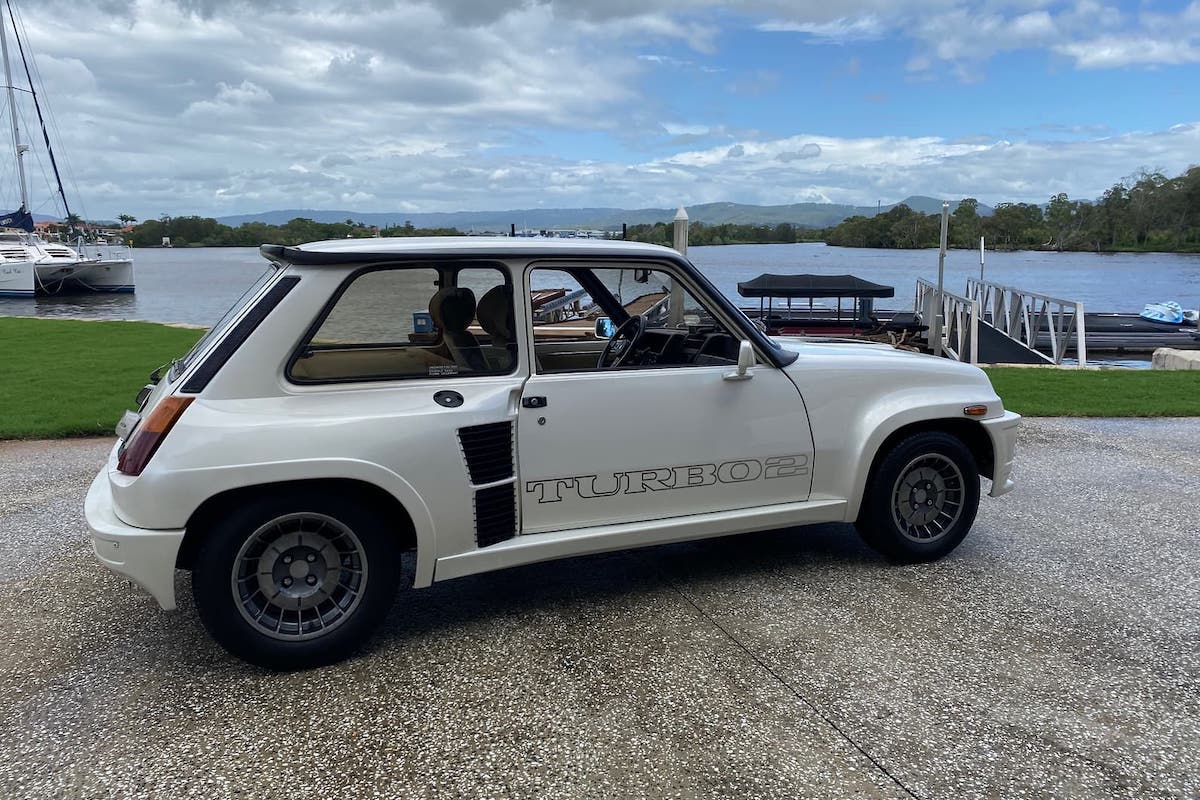 All major Australian cities are burdened with unfair stereotypes. Sydney has terrible nightlife and a crazy property market; Canberra is boring and only good for school excursions; Melburnians are obsessed with truffle oil and alleyways…

But the Gold Coast? People seem to really hate it for some reason, even if they’ve never been. It gets written off as some bogan paradise. It’s a shame because the Gold Coast is a really lovely place, particularly if you like going to theme parks or the beach. (We swear that’s not a burn.)

Now there’s another reason to visit the Gold Coast (once the borders open back up, that is) – to pick up this incredibly rare and exceedingly cool manual 1985 Renault 5 Turbo 2 listed on Carsales. 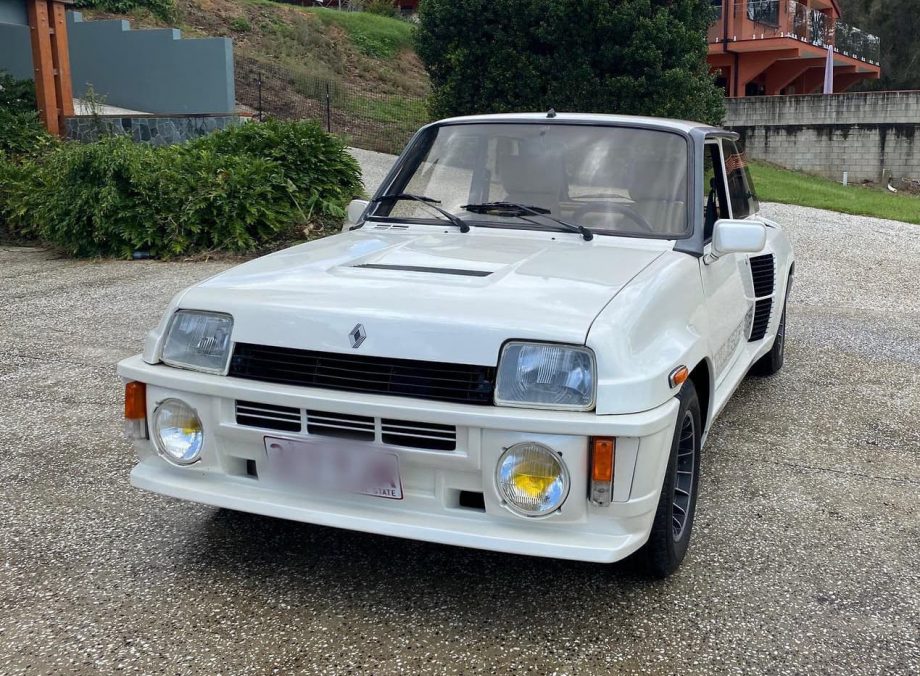 The regular Renault 5 was a boxy little hatchback that became one of Europe’s most successful cars of all time: “low on style, but high on personality and practicality” according to its American advertising campaign (where it was marketed as ‘Le Car’ – très wanky).

However, the R5 Turbo was a completely different beast. One of the original ‘hot hatches’, the Turbo took the boring little 5 and added sweeping new bodywork, swapped the car from front to rear-wheel drive and ripped the back seats out in order to mid-mount a fuel-injected, turbocharged 1.4L inline-four putting out 118kW. That doesn’t sound like a lot, but consider that the R5 Turbo weighed only 970kg – meaning it had a better power-to-weight ratio than a Corvette from the same time period.

The Turbo was made to comply with Group 4 homologation in order to allow the car to compete in international rallies, and featured a spectacular Bertone-designed interior. After the success of the Turbo, Renault released the Turbo 2: essentially a cheaper version of the race-designed ‘Turbo 1’, the R5 T2 replaced many of the light alloy components from the original with stock Renault 5 parts, most notably featuring a standard R5 interior. Despite this, the Turbo 2 had essentially the same performance as the Turbo 1, and retained what many consider to be the most important thing about the car: its wild looks. 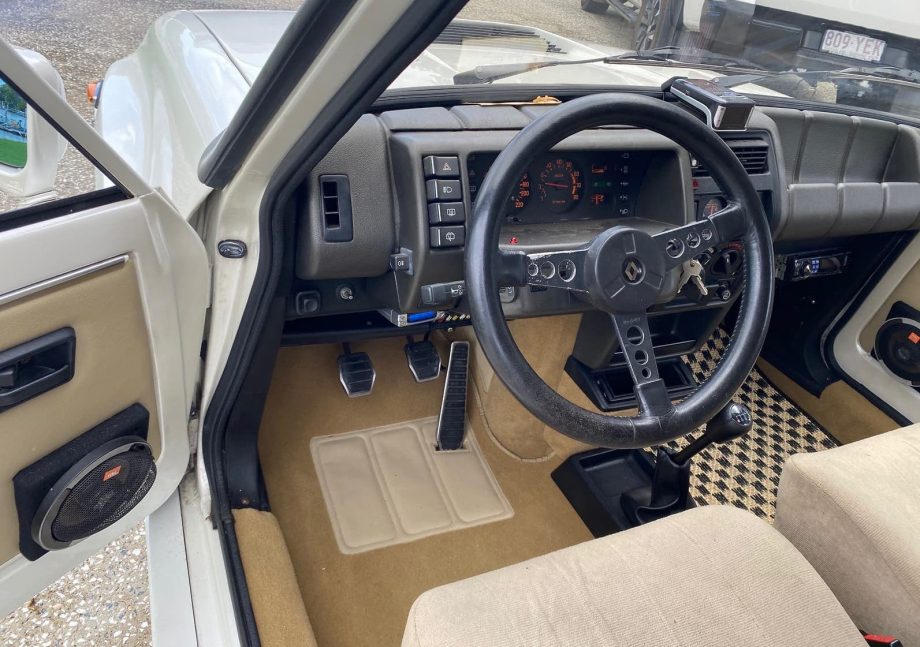 Comes with a packet of Gauloises in the centre console. Image: Carsales

With only 59,500km on the clock, a roadworthy certificate and presenting a completely immaculate exterior, this pocket rocket is a true survivor.

Just over 3,100 R5 T2s were made, and the car was never sold in Australia, making this baby particularly rare. The 80s was the era of the hot hatch and any performance hero from that era is now hot property – think Mk1 VW Golf GTIs, Lancia Delta HF Integrales or Ford Sierra RS Cosworths – but the plucky little Renault is arguably the most desirable, due to its rarity and distinctive character.

While its lack of a rear seat (or boot space, or ‘frunk’ space) means it’s not the most practical daily driver, its tiny size means you’d be able to find a park anywhere – and chop just about anyone at the traffic lights. The engine note on these things is amazing, as is the sensation of having that tiny box of explosions just behind your head. The turbo lag is legendary – but that’s half the fun of driving a turbo car from this era. 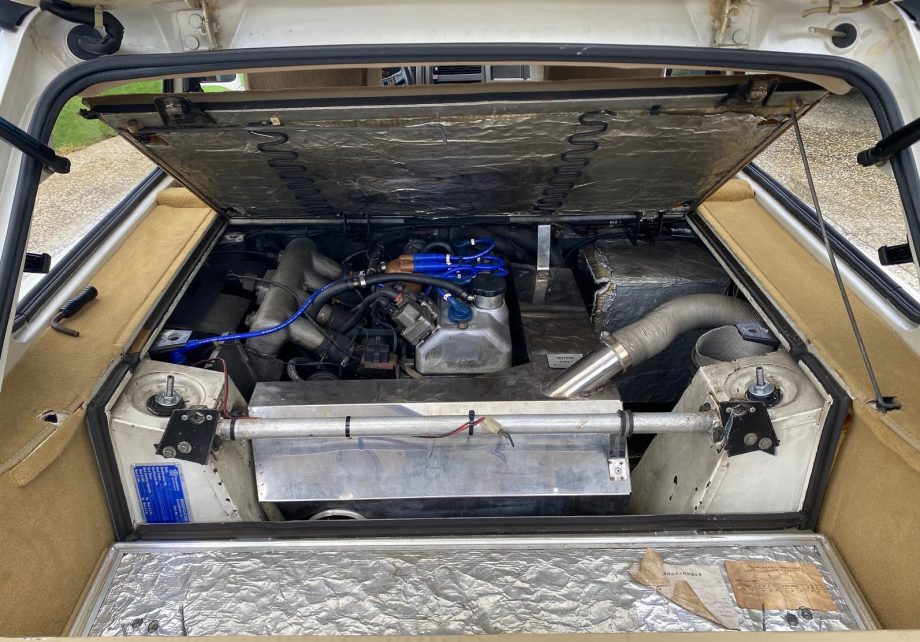 So actually the $120,000 sticker price isn’t that bad, all things considered. Yes, that’s right. We didn’t accidentally add a zero.

If you’ve got a hankering for a piece of 80s goodness and have a few francs burning a hole in your pocket, you can check out this petit French beauty on Carsales for sale in Hope Island.