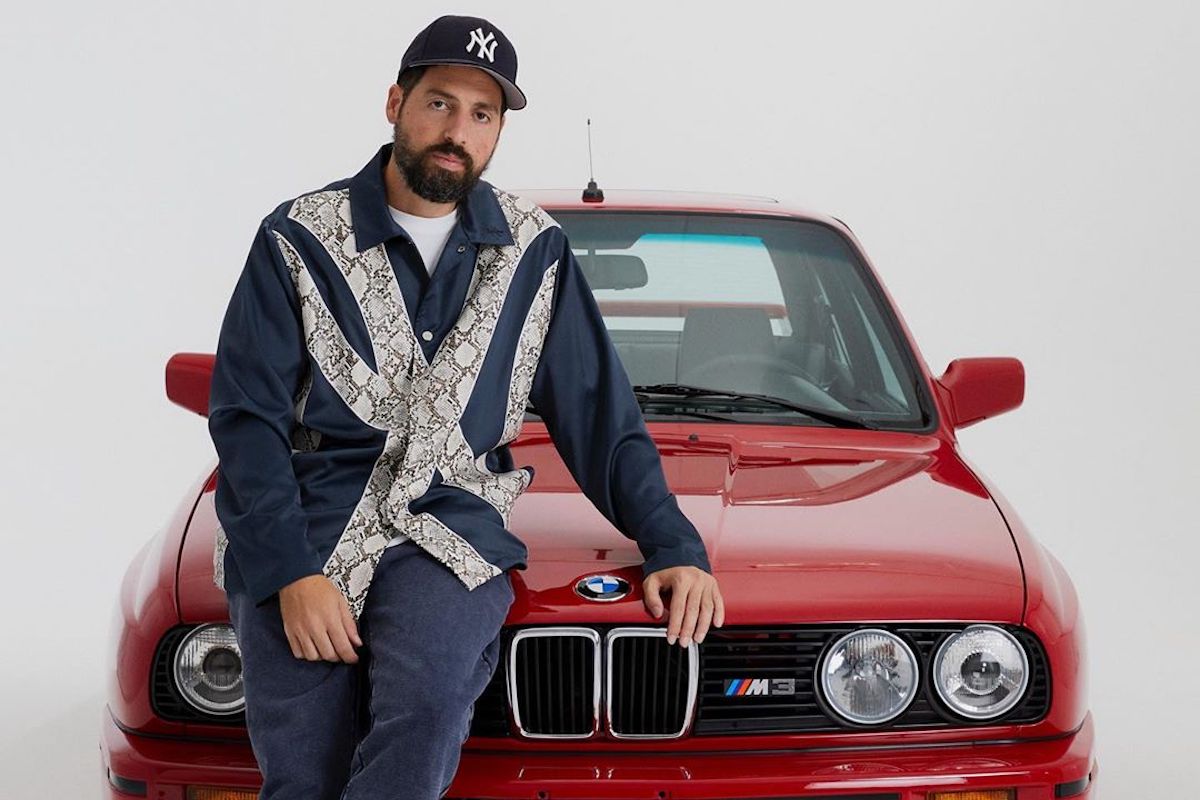 Ronnie Fieg is one of the most influential individuals in modern fashion. Founder of cult streetwear purveyor KITH and one of the most in-demand collaborators for sneaker brands like ASICS, Adidas, Converse, New Balance and Saucony, Fieg has been singlehandedly responsible for cultivating much of modern fashion – in particular, trends towards ‘quality basics’ and 90s pop culture.

Riding high off the back of a successful collaboration with the New York Yankees and Los Angeles Dodgers, Fieg has splashed out on a bespoke 1989 BMW E30 M3, which he’s had customised in Munich by BMW Classic to his exacting specifications.

“From 95-99 I had a poster of this exact car above my bed,” Fieg shared on Instagram.

“I would literally dream of owning an E30. Here is proof that dreaming big and working hard can make anything happen.”

The rare German coupé has been lovingly restored by BMW’s master craftsmen, seemingly without any performance modifications. However, Fieg’s gone all-out with KITH branding all over the vehicle, from leather upholstery embossed with the KITH logo to replacing the BMW lettering on every instance of the BMW roundel with ‘KITH’. There’s no mistaking whose car it is.

The E30 was the second generation of BMW’s now-popular 3 Series and the first generation to see an ‘M car’ variant. E30s in their own right are widely considered one of the best performance cars of the 80s, but the rare E30 M3 takes that to another level. Its boxy styling, amazing driving dynamics and high-revving inline-four made it a legend in its own time, and love for the E30 M3 has grown ever since.

The E30 M3 has a unique connection with streetwear, too, thanks to modern fashion’s close relationship with the music world. R&B savant Frank Ocean famously pictured an orange E30 M3 on the cover art of his first record Nostalgia, Ultra and hip-hop superstar Travis Scott also modified a ‘Cactus Jack’ E30 M3 to promote his label’s compilation album JACKBOYS.

Fieg’s not the only streetwear heavyweight with a passion for old German sports cars. Other big names – like Louis Vuitton creative director and Off-White founder Virgil Abloh; Fieg collaborator and acclaimed artist Daniel Arsham; and Queens-based brand Aimé Leon Dore – also boast their own luxury automotive collaborations. It seems to be the ‘done thing’ once you’ve made it in the streetwear world.

Abloh recently unveiled his creative ‘Project Geländewagen‘ with Mercedes-Benz, whereas the other two delved into Porsche’s archives for their collabs: Arsham with his beautiful retro ‘930A’ and Aimé Leon Dore with their sumptuously outfitted 964 Carrera 4 respectively.