The ‘Untranslatable Secret’ To The Perfect Spanish Meal

Think the most important aspect of a Spanish lunch is the food? Think again. 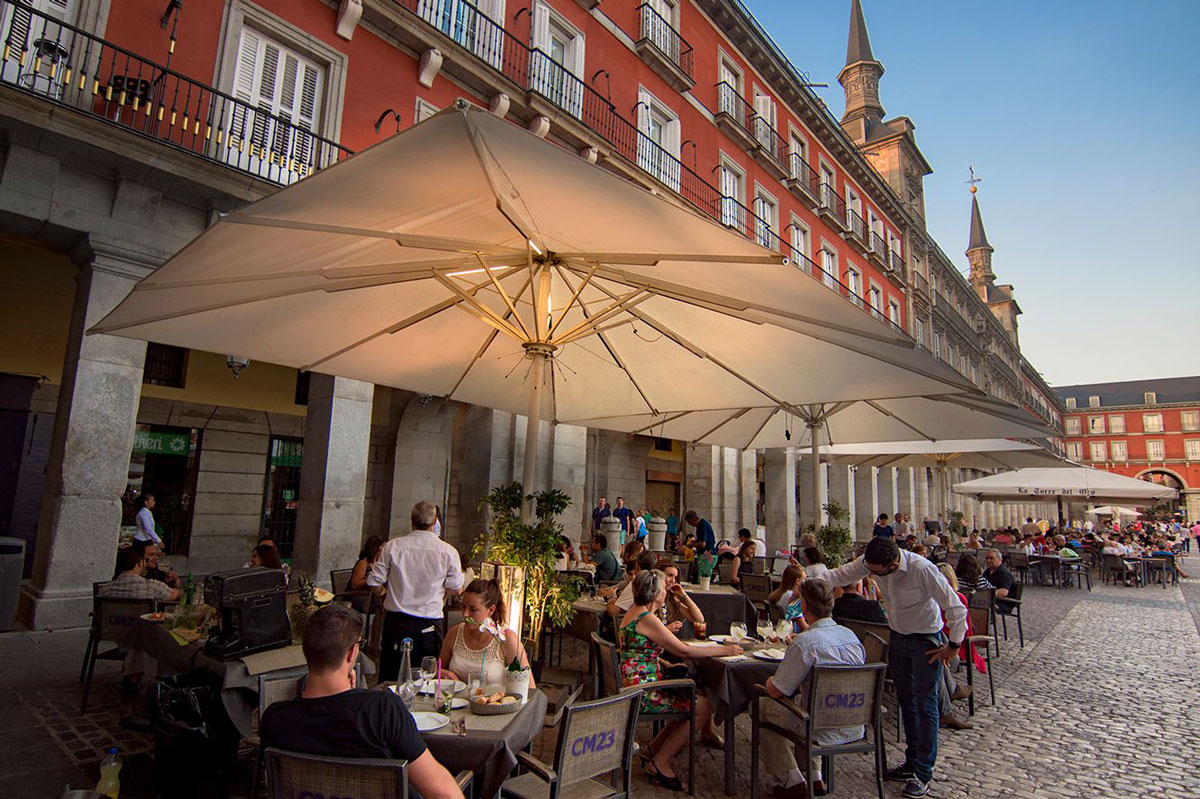 Such is España’s gastronomic success, its patatas bravas and Riojas are crunched and slurped all over the world. What hasn’t translated globally, however, is the art of the sobremesa.

As the BBC reports, “There is no equivalent word in English, though the concept is simple: sobremesa is the time you spend at the table after you’ve finished eating.”

In Spain, this kickback, enjoyed with family or friends, is much longer than in other countries (particularly ones like Australia, America and the U.K). Though it sounds simple, it is a powerful social adhesive, which can also provide a host of benefits.

The extended nature of the sobremesa can lead to deep discussions you might not have otherwise (think: sentences that begin with, “You’ve inspired me to” or “I’ve been wanting to say how much it means to me that you”).

As the BBC reports, the sobremesa also lends itself well to humour: “Jokes never land better than when the listener is well fed and, ideally, a little bit tipsy. All you have to do is say something remotely funny, and even if you mess it up you’ll likely still get a laugh.”

“My mother has a habit of telling jokes and erupting into infectious, uncontainable laughter long before she gets to the punchline. The jokes aren’t always that funny, but her delivery absolutely kills every time.”

“On a personal level, the sobremesa is fundamental,” Dani Carnero, chef at La Cosmopolita in Málaga, where Spain’s best chefs, including Ferran Adrià, Joan Roca, José Andrés and Andoni Luis Aduriz, go to eat when they’re in town, told the BBC.

“As a chef, when I see people spending time at the table after lunch, I feel that it’s a sign that everything has gone well, but oftentimes people enjoy themselves even more than during the meal itself. The sobremesa can be magical.”

As for sobremesa rules, there are only a few to follow. “Most importantly,” the BBC reports, is that aside from “urgent necessities” nobody gets up from the table.

“You have to stay at the table where you ate, amid the post-lunch wreckage of crumpled napkins, stray packets of sugar and the last pieces of dessert that may or may not get eaten. Sobremesa is about prolonging the lunch because you’ve had such a good time that you don’t want it to end; if you leave the table, the spell is broken.”

How long does the sobremesa last? There’s no set rule, but it often lasts for as long as the meal itself. Some legends will take it all the way through until they are hungry again, but this is unusual.

Of course, as the BBC points out, the all-day lunch is not an everyday occurrence, but “a fixture on occasions such as birthdays and anniversaries and Sundays with the family.”

That said, even midweek, many Spaniards still take the time to have a relatively leisurely lunch (this ‘lazy lunching’ concept, funnily enough, is now being embraced in Australia, thanks to the pandemic-driven work from home revolution).

In fact, Spain’s penchant for “skillful indulgence” has been linked with Spain taking out Bloomberg’s Healthiest Country rankings, perhaps undermining the 4.2 trillion wellness industry being embraced by Crossfit loving countries like Australia and America, which regularly finish further down the list.

“There is always a meeting where a glass of wine is involved. You go to a tapas bar and of course you always enjoy a glass of wine. [It is] very social and very spontaneous.”

Ready to embrace the subtle art of drinking all the wine? Don’t get up from the table just yet.