What Australians Can Learn From Spaniards’ Attitude To Unemployment 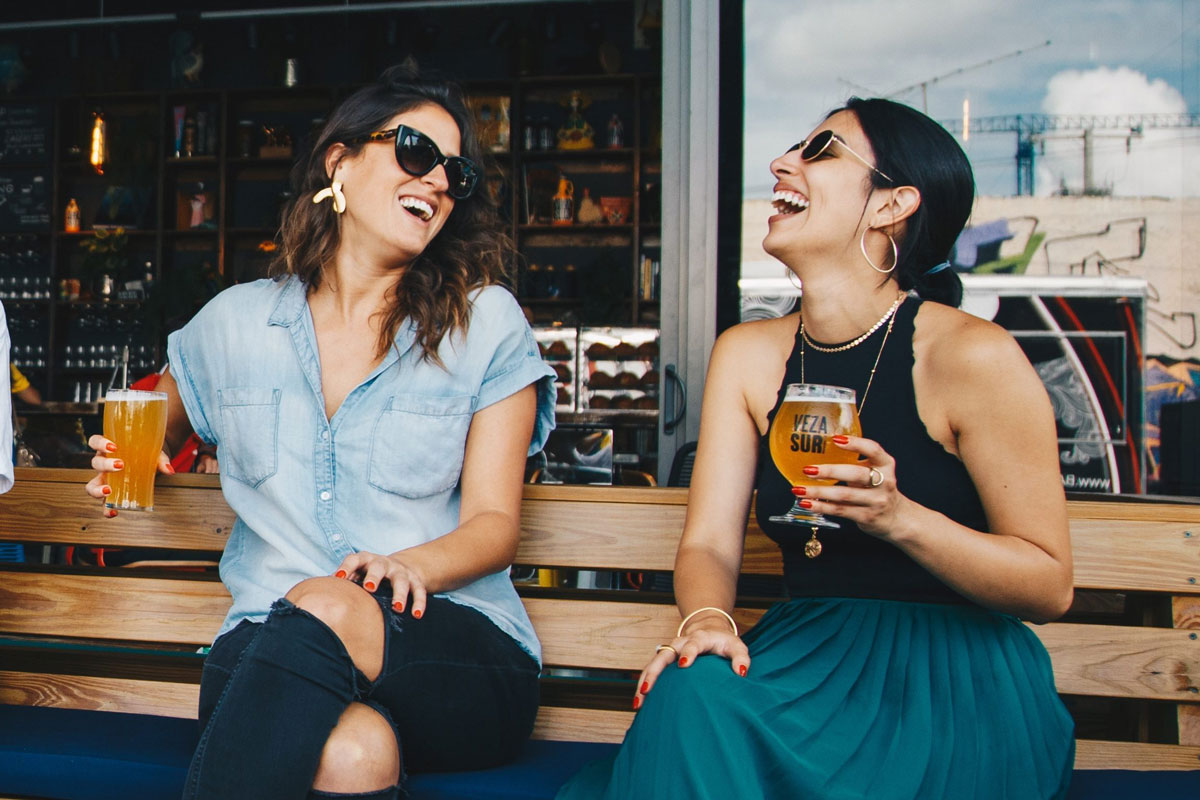 Siestas. Sizzling cuisine. An abusive relationship with carbohydrates. There’s much more Australia should be importing from Spain than olive oil.

Sadly, however, few of us know much beyond La Liga, Paella; Cerveza (if that). Sound familiar? Never fear: DMARGE has interviewed an expert in all things español to bring you an insight so Spanish it hurts. Literally.

It’s painful because it’s true: unlike Australia, which glided away from the 2008 Global Financial Crisis on a cloud of coal and natural gas, Spain has been living in a semi-permanent state of crisis.

In Spain, particularly in more rural regions like Andalucia, unemployment has become almost a normal part of life. Though this is a serious issue Spanish citizens are calling on their government to rectify, it holds a number of social silver linings Australians would do well to learn from.

Notably, there is less pressure on young people to move out of home and jump blindly down the throat of a corporate career path, as well as (in this correspondent’s opinion) less of a Keeping Up With The Jones’ attitude when it comes to indebting yourself by millions of dollars to buy a home you can’t afford, a la Sydney.

In many parts of Spain it is not unusual for people to rent until they die, without anyone batting an eyelid, and for grandparents to live with or near their adult children (and to be looked after by relatives or door to door nurses, rather than shipped off to a nursing home), and for this all to be seen as totally normal.

“It is partly shaped by class origin and other structuring factors that impact on people’s experience of unemployment, and also by ideological lenses. It is also difficult to transfer ‘attitudes’ from one country to another – cultural attitudes are always formed and transformed in relation to specific social conditions.”

That said, in Dr Angolo-Ferrández’ view, “a re-evaluation of the importance of maintaining networks of support (a strong public sector supporting services in the ‘public’ sphere, and family and friends in the ‘private’ sphere) is something that has happened among Spaniards in recent years, and this constitutes an experience from which probably people in Australia could learn – in order to prevent deeper social crises if economic crises emerge.”

As to our theory of Spaniards seeing unemployment as ‘normal,’ Dr Angolo-Ferrández offered a little more nuance: “To the extent that it has been structurally higher in recent decades, I think it is seen as more normal – many people have experienced it personally, or indirectly through the experience of people they live or share time with (family, friends).”

He also said, however, that just because there may appear to be some upsides to the ‘normalisation’ of unemployment, it’s not all beers and skittles: “This ‘normalcy’ can be differently experienced too, depending on one’s social position: it tends to generate more despair and frustration among those who cannot count on solid economic support from family.”

“The flows of labour migration are but one expression of this situation, but also the augmented degree of political mobilisation among young people expresses that point: many of the youngsters who joined in the ‘indignado’ movement felt that there was nothing natural or normal about high unemployment, and pointed at certain political actors as partly responsible.”

As to our theory mass unemployment reduces the stress many young people feel when finding a career (to the point they hang their whole identity on it), Dr Angolo-Ferrández said: “These are tricky questions, in the sense that I am not sure that people in Spain are less concerned with developing strong professional careers than people in Australia.”

“And, against certain stereotypes, many workers in Australia actually have more time available to spend with family and friends that workers in Spain – basically, due to the precarious labour conditions in many economic sectors in Spain, which translate in very long working days. What people do with their time outside work does vary, of course.”

“In Spain… there is noticeable gregariousness in some aspects of social life.”

“But, in terms of personal goals and ambitions, what seems to be more determinant is the career path one is in: with more abundance of good quality jobs, people show interest in growth and professional development, whereas with abundance of poor quality and precarious, more people may lose motivation – they find no way out of precariousness.”

The whole ‘families living together in harmony’ idea, too, according to Dr Angolo-Ferrández, is a little bit shallow. While Spain’s enviable lifestyle may aid in social cohesion (various studies have indicated Spain’s social life could be the key to their propensity of topping the World’s Healthiest Country rankings), it is not without its drawbacks.

“Living at home with parents is not a preferred choice among adult Spaniards, particularly after studies have been completed. One makes do if one has to, but stories abound about the difficulties and frictions that emerge in that situation — which is often associated with a shortage of economic resources in the family too.”

“In families without enough economic resources, the pressure young people feel to find employment is quite high.”

As Australia enters an era where talented, award-winning individuals, if they aren’t bringing in clients and dollars, are getting the sack, AMP Financial Advisor, Andrew Heaven told DMARGE young Australian professionals should ready themselves for unemployment: “We have already seen countless job losses across the country.”

“Data released from The Australian Bureau of Statistics in June revealed that women and young Australians are bearing the brunt of COVID-19 job losses. Treasurer Josh Frydenberg reaffirmed this, stating that women had lost 118,000 jobs – 52 per cent of the jobs lost in May – while youth employment was down by 103,000, accounting for 45 per cent of jobs lost in the same month,” Mr. Heaven told DMARGE in July.

Mathew Cassidy, Managing Director at Partners Wealth Group told DMARGE young Australians need to take stock and figure out how they are going to advance professionally in these tough times.

How? Be proactive in the office, and get a clear sense of where you stand: “People are going to have to think long and hard about how they are going to deliver value to their organisation in a way they haven’t before, and have the commercial confidence to speak to the leadership group about how important they are to the organisation.”

“There are going to be some people who won’t have jobs for a period of time; that’s the way the commercial world works. This is part of economic cycles and we’ve never seen it before – but it’s pretty natural in economies as to how it plays out.”

Mr. Cassidy also said there were a number of lessons we can learn from previous recessions: “personally and professionally it’s how you deal with it and how you skill yourself up – do something that will make you a better prospect for the future.”