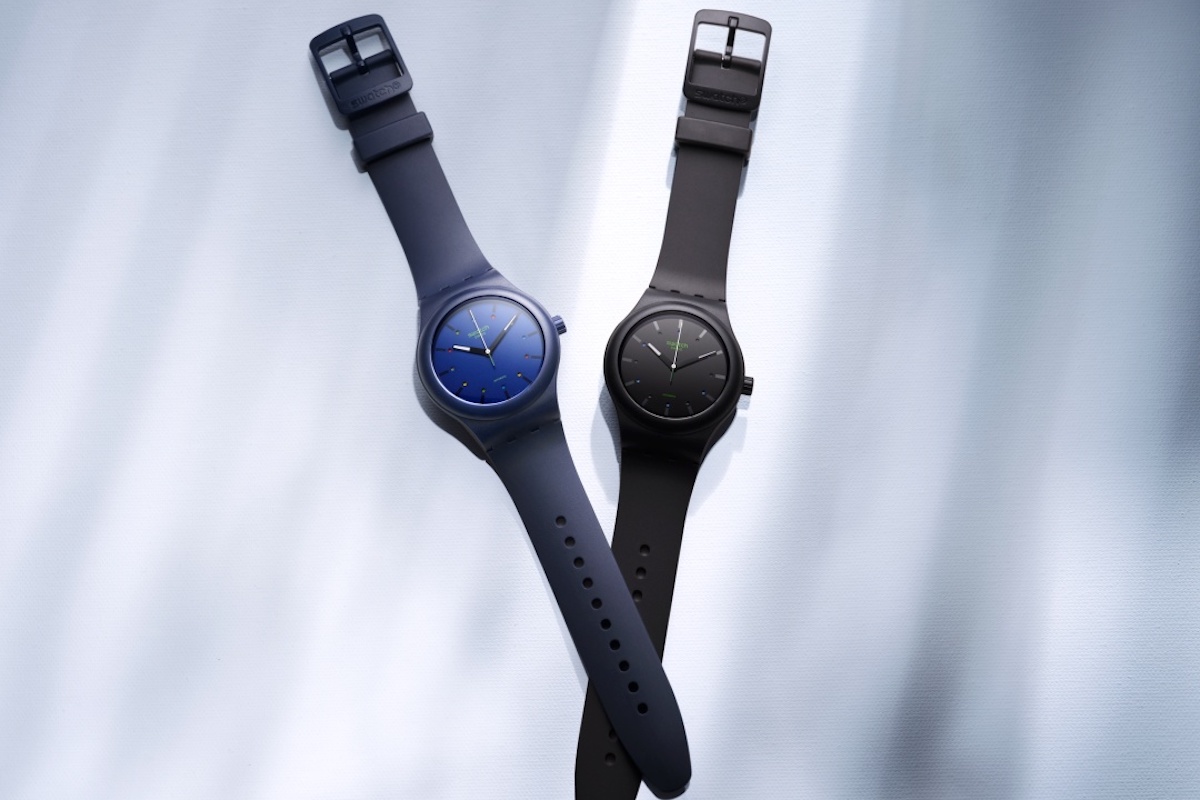 Switzerland might be known as the centre of world watchmaking, but the Swiss watch industry very nearly died.

Quick history lesson: after enjoying a virtually unchallenged monopoly for most of the 20th century, the Swiss watch industry – which was and remains a crucial part of the Swiss national identity – became unseated by the rise of quartz watches. In 1969, Seiko released the Astron, the world’s first quartz watch, which kickstarted the ‘quartz revolution’, better known as the ‘quartz crisis’. That moniker was particularly true for the Swiss watch industry.

Quartz watches are significantly cheaper to produce than mechanical watches and are generally speaking much more accurate. The watch industry almost overnight went from being dominated by analog and mechanical watches to digital and quartz pieces. It was a paradigm shift that Switzerland was slow to react to – conversely, American and Japanese brands took keen advantage of the new technologies. Hundreds of Swiss brands went out of business, and things looked dire.

Eventually, the Swiss government and a group of investors led by Lebanese entrepreneur Nicolas Hayek formed what eventually became known as the Swatch Group, consolidating many Swiss brands under one roof. The Swatch brand itself was a masterstroke of Swiss ingenuity and marketing know-how: with only 51 moving parts, a plastic case and a wide variety of colours, the original Swatch was an immediate success thanks to its minimalist look and affordable price point. Millions were sold, saving the Swiss watch industry and creating a bonafide icon of 80s design.

Today, Swatch is as strong as ever, their timepieces loved for their typically Swiss reliability as well as playful designs. In 2013, Swatch released another significant innovation: the SISTEM51: a genuine automatic Swiss watch for less than $250.

Now in 2020, Swatch has improved the value proposition of the SISTEM51 even further. Their latest release, a new pair of SISTEM51 ‘Bio-Reloaded’ models, not only provide Swiss horological excellence for a cracker price but are also made out of bio-sourced materials – meaning they’re easy on the planet as well as your wallet. 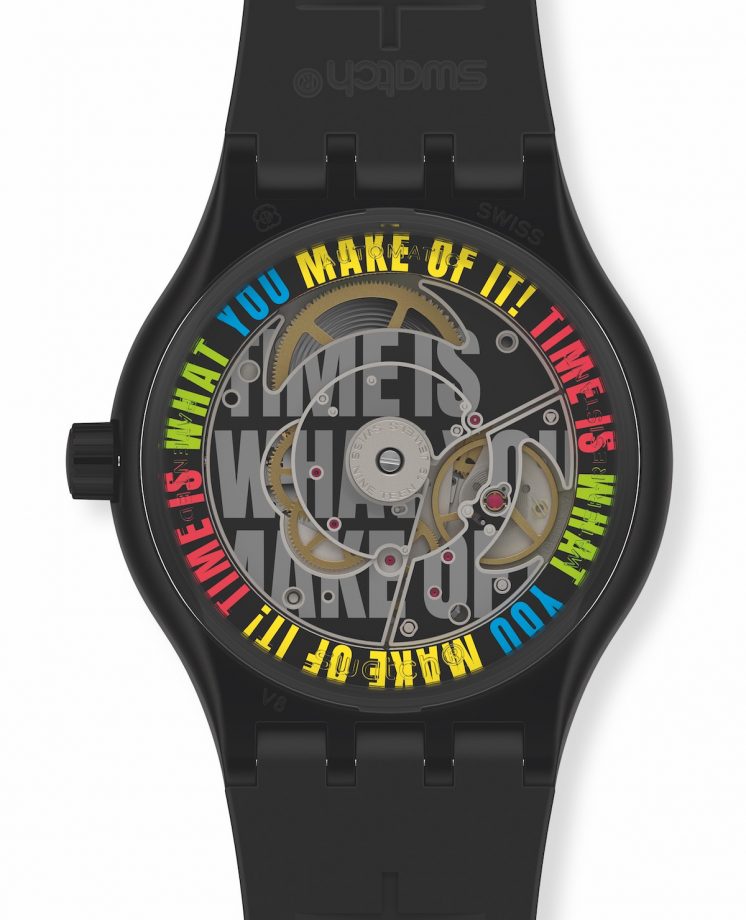 The colourful caseback of the black ‘Bio-Reloaded’ model.

Like the original Swatch, the SISTEM51 only has 51 moving parts anchored to a single, central screw. Unlike the original Swatch, which featured a battery-powered quartz movement and a 34mm case size, the SISTEM51 is a fully automatic watch, 41mm in size with an exceptional 90-hour power reserve. It’s hard to overstate what a triumph this is: there are few automatic watches of this quality at this price point.

The SISTEM51 is also the perfect platform to emphasis Swatch’s new bio-sourced material technologies: these SISTEM51s feature cases made out of a material extracted from the seeds of the castor plant, the first time such a material has been used in a mechanical watch.

RELATED: Welcome Arrival Of ‘Eco-Friendly’ Watches Could Be A Window Into The Future Of Luxury

Available in either a dark blue or black, both SISTEM51 ‘Bio-Reloaded’ models feature colourful casebacks featuring multiple repetitions of the phrases “DON’T BE TOO LATE” and “TIME IS WHAT YOU MAKE OF IT” respectively. It’s a playful little pop of colour that serves to further highlight the innovative automatic movement, as well as to harken back to Swatch’s halcyon 80s debut.

On wrist, the SISTEM51 ‘Bio-Reloaded’ is incredibly comfortable and attractive. The bio-sourced case and strap feel substantial despite weighing next to nothing, and the minimalist dial design makes both colours eminently wearable. Despite lacking lume, the watch is easily legible in even low-light conditions. It’s basically the perfect everyday watch: fun and un-ostentatious for casual wear, as well as being subtle enough to suit more formal occasions. It’s a spectacular watch and a worth addition to anyone’s collection.

The new Swatch SISTEM51 ‘Bio-Reloaded’ pair of watches might just be the most exciting watch release of 2020. Not only do they give watch fans an affordable entry point into the world of automatic timepieces, but they also represent a distinctly fun, unique offering in a sea of bland timepieces. On top of that, Swatch reaffirms their place as an innovator within the industry through their use of bio-sourced materials – another timely choice.

Both colours of the Swatch SISTEM51 ‘Bio-Reloaded’ are available online now for $225.