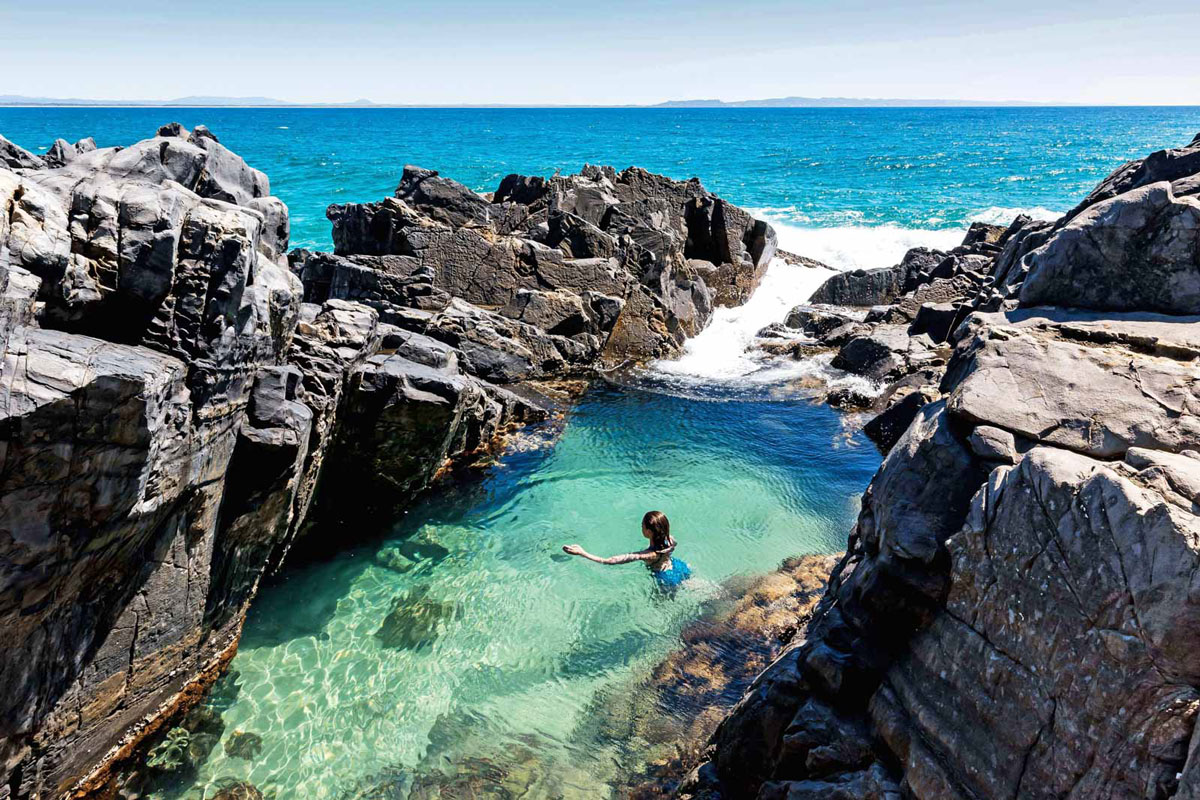 Victoria this week clinked glasses to celebrate the end of (a phase of) a strict lockdown. What many Australians are not aware of, however, is that thousands of Victorians have been free for some time, having already moved to Queensland – even while stage four restrictions were still in place.

Though this has been characterised by various media outlets as “sneaky,” a Victorian who was part of this “migration” (and now resides in Noosa) has told DMARGE, of the people he knows who have moved, it has all been above board.

That said, our source – and many others who have crossed into Queensland via legal channels – are still “scared of backlash on social media,” such has been the venom directed at those who have stretched the rules (stories like this rich family being filmed by A Current Affair stopping in NSW on their yacht – with crew members getting off and allegedly walking around – on their way to Queensland probably haven’t helped).

In any case, thousands of Victorians reportedly fled the state for good during stage 4 restrictions (which were downgraded to stage 3 this week), with the most common reasons given being: the lifestyle, the freedom, the affordability, and the work from home revolution.

“Until yesterday in Melbourne, you couldn’t even leave your house other than for specific reasons – and if you did leave the house you had to stay within a 5km ring.”

“Up here it’s almost completely normal (other than a few stickers on the ground, hand sanitizer and bar codes).”

“We left in August – the lockdown was already on. I remember talking to people – some thought it would be a few weeks, others said closer to November.”

“I was in the latter group – I thought it was going to last for months and months, which made the move worth it.”

“The borders were closed but you were allowed to relocate.”

As DMARGE’s source confirms, many took advantage of this.

“To get across the border, Victorians need to be able to prove they have a valid lease or residency in Queensland and will have to go through mandatory two-week hotel quarantine,” he told us.

“You do it all on the Queensland government website, get your permit, get all your paperwork, show it to them at both Melbourne and Brisbane airports [and you’re good to go].”

“At the airport they look for a proper long term lease (not just an Airbnb for 2 weeks), and permits from the Queensland government website.”

“We had a new address and everything, did our 2 week mandatory quarantine in Brisbane then moved up to  Noosa – lots of people have done it.”

“Many people have done it – some via Brisbane, some via the Northern territory – where you can also quarantine.”

Some people have moved to Queensland to wait and see what happens next with Victoria, while others plan to stay for years.

“I know of people for whom this is absolutely permanent – businesses as well.”

This trend has had various side effects – both good and bad. Though our source acknowledges that – from the perspective of a Queenslander – there are definite downsides to this influx of Melbourne lifestyle refugees, he also said there were positive aspects.

“Some people say it’s negative; Victorians are taking over.”

“In terms of rental properties being available it is a negative, but on the flipside, all this money is getting pumped in.”

“Yes it has put pressure on prices for rentals and buying houses, but at the same time the restaurants, bars and cafes up here rely on tourism, and they haven’t got that right now so the fact that there are more people up here is injecting money.”

As for the most popular Queensland cities, it’s a mixed bag.

“I’m in Noosa but I’ve heard it’s impossible to get rental properties on the Gold Coast and The Sunshine Coast. Brisbane is popular too, but being a bit bigger there’s more rental stock.”

“Even house prices are seeing a mini-boom right now.”

“Talking to real estate agents in Noosa I’ve heard they’ve been listing things and selling to people in Victoria via Facetime within 7 days.”

This fits with news.com.au research, which shows Victorians have been snapping up million-dollar properties, without seeing them in person first.

“According to online removalist platform Muval, 20,000 Victorians have looked at relocating since stage 4 lockdown was announced a week ago,” news.com.au reported in early August.

“Brisbane was their top choice, with 21 per cent wanting to relocate there, Muval said. About 17 per cent wanted to go to Perth and 15 per cent to Sydney.”

As for the so-called sneaky aspect to the migration, suggested by phrases like “border hoppers,” DMARGE’s source said he had heard of “people who said they were moving up to stay with a friend.”

“I don’t know what that involves. I don’t know how they did that but I have heard of people that did it.”

“But we did it properly and permanently with a long term lease.”

“We have always loved Queensland and wanted to live here, and the lockdown in Melbourne combined with working from home meant it was now possible.”

It’s not all fairy rock pools and beers by the beach, however, with various Victorian “migrants” missing aspects of home.

“Melbourne is a fantastic city,” our source told us. “But the weather is no good.”

“What makes up for it is the bar scene, restaurant culture, comedy clubs, music festivals, and sporting events.”

“But they have now all (at least for the time being) been squashed by Covid 19 and such a long lockdown.”

“Although Queensland can’t compete on all that, the weather and lifestyle are really attractive and working remotely is increasingly possible.”

This attraction is so strong that by the time our source spoke to a real estate agent in Noosa, in August, there was no surprise he was from Melbourne.

“By the time we were talking to the real estate agent to get the lease, they were being inundated with people from Melbourne so there were no questions; they were very aware of the migration [phenomenon].”

“One friend moved to The Gold Coast – a similar situation to me; he’s always wanted to do it [and saw this as his chance].”

Knowing things were getting “snapped up” quickly, ” he got a place as soon as could, and figured he’d look for something better once they got up there.”

“Now there’s nothing else available so they’ve extended the lease of little spot they’re in.”

For more information on the latest Victorian restriction levels, check out the Covid 19 Roadmap here.