Part of vodka’s popularity stems from the fact that it’s relatively simple to produce and that it has a much less pronounced flavour than many other spirits, such as rum or tequila. That doesn’t mean that vodka’s in any way ‘basic’, however. There’s much more to the spirit than its characterisation as neutral, even boring alcohol that’s just there to hide under other flavours.

“Of all the spirits, vodka is the easiest one to hide… But that doesn’t mean you should use an inferior vodka.”

Just like whisky or cognac, there are multitudinous factors that can influence how a vodka tastes, and there’s a big difference between bad and good vodka. We picked Foster’s brain to hash out the must-know details.

Stereotypically, vodka is made out of potatoes. While some vodkas are indeed made out of the root vegetable, the vast majority of vodkas on the market are made from grains like wheat or rye. Other common ingredients include corn, grapes or even whey.

“Potato vodka isn’t very common these days, and is also isn’t very good for the environment,” Foster says. It can take upwards of 10kg of potatoes to make one bottle of vodka – grain vodkas need a lot less grain to produce a similar amount of vodka.

In terms of flavour characteristics, potato vodkas like Chopin – one of the best-known luxury vodkas – tend to have a thick, ‘oily’ taste, whereas grain-based vodkas are much smoother, generally speaking. Of course, not all grains are the same. Belvedere, which is made from rye, has a spicy, bold flavour which is drawn out through a distilling process by fire, that lingers longer compared to wheat vodkas: Russian Standard, for example, has a pure, neutral flavour with an intense burn, formulated with glacial water and minimum impurities.

While we normally think of vodka as being a Russian drink (indeed, ‘vodka’ is Russian for ‘little water’), it was actually invented by the Poles, with vodkas like Żubrówka Biała and Belvedere following 600 years of vodka-making history in the country.

What sets Polish vodka aside from other vodkas is the intense regulations that govern them, similar to the appellation d’origine contrôlée (AOC) system that regulates cognac, for example. Polish vodka can only be made from one of five grains (rye, wheat, triticale, oats or barley) or potatoes, and every stage of vodka production have to take place on Polish soil as well. This is in stark contrast to the laws in other countries, which very loosely regulate what vodka is or isn’t.

That’s not to say that non-Polish vodka isn’t any good – it’s like how sparkling wines that aren’t Champagne can still be delightful – but it’s certainly something worth considering next time you reach for a bottle.

“Russians mostly drink vodka as a shot, so Russian vodka tends to be quite abrasive with a strong burn,” Foster elaborates.

“In comparison, Polish vodka tends to be a bit creamier; a bit smoother, and lingers longer on the palate.” 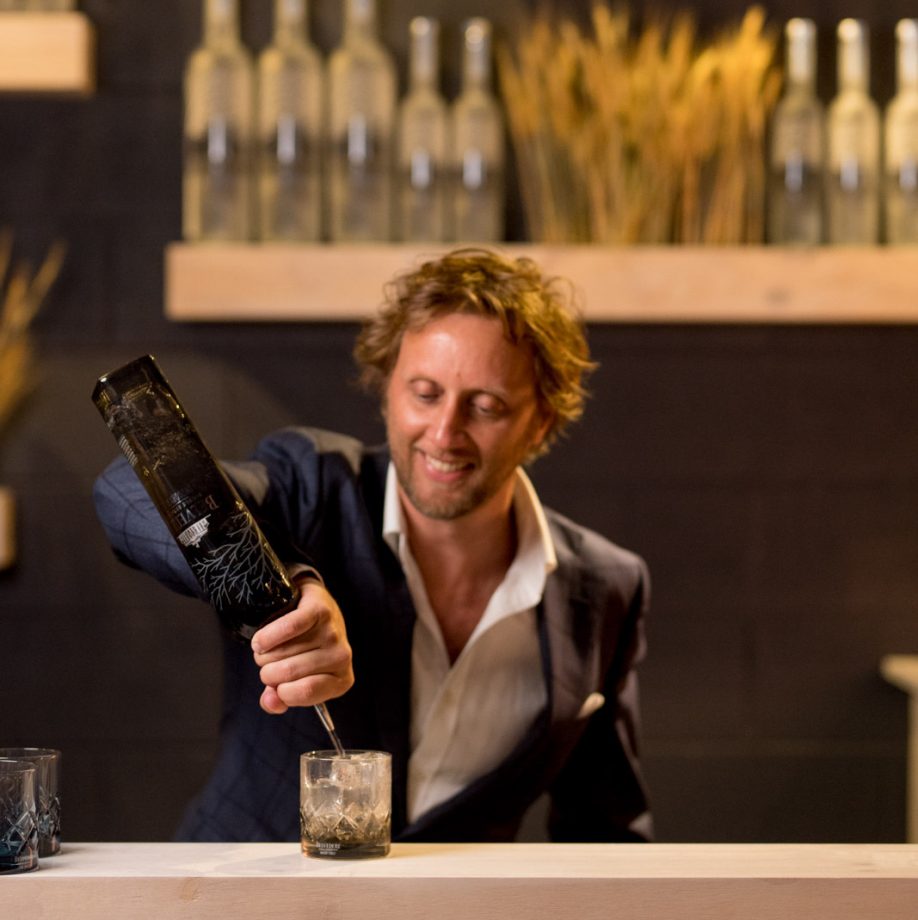 Just like other spirits, vodkas can have many different tasting notes and evoke lots of different flavours, from vanilla or peach to savoury or smoky flavours. A lot depends on what it’s made out of, and how it’s made too. For example, many vodkas (particularly wheat vodkas) advertise themselves as being ‘triple distilled’ or ‘five times distilled’, but this can be somewhat misleading.

A great way to reveal the flavour complexities of vodka is to pair it with foods, like you would with wine. Foster explains that vodka naturally has quite an interesting umami flavour, which pairs well with similar ‘umami bombs’ like olive or coffee. It’s perhaps no surprise that those two ingredients find their way into martinis, then.

Another great pairing is with oysters or caviar – “say what you like about the Russians, but they got that one right,” Foster jokes.

The beauty of vodka is that it’s a very versatile spirit, but that doesn’t mean you should just dump any old vodka into any old mixer. Take care to taste a vodka on its own and discern what it pairs best with, Foster warns.

Some foolproof uses include a vodka spritz (essentially, a combination of soda water with juice and vodka) or a Moscow Mule (vodka, ginger beer, a squirt of lime and a lot of crushed ice, traditionally served in a copper mug).

He also points out that it’s hard to go wrong with martinis – here’s our guide to making a killer vodka martini you can enjoy at home.