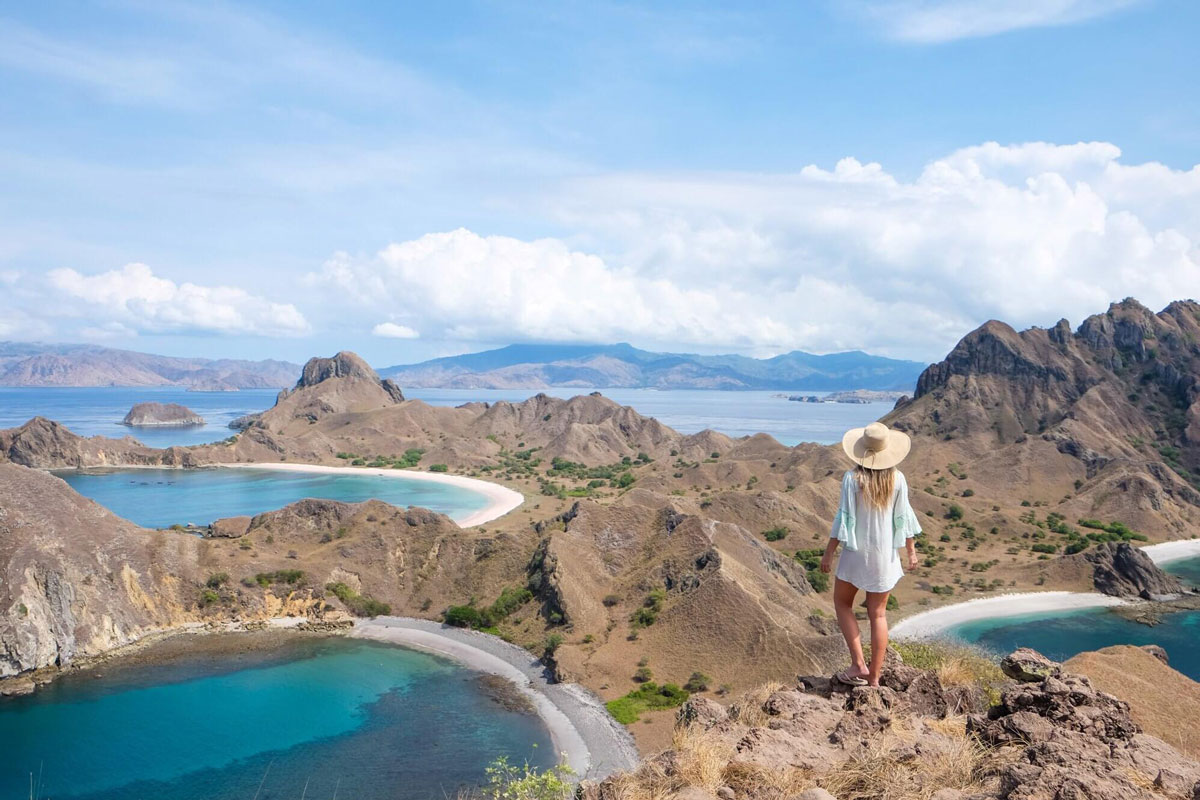 Indonesia is planning to create ’10 new Balis’ in an effort to boost tourism.

The idea is to take 10 idyllic (but lesser-known) destinations, modernise their airports, construct new facilities and improve access to them.

With 18,307 islands in Indonesia, there are plenty of places to choose from.

The challenge will be doing it in a way that provides both the sense of adventure and comfort of Bali (and without wrecking each “new Bali’s” inherent beauty in opening it up.

However, as Indonesia fights its way out of 2020, perhaps an economy diversifying project like this (which was first announced four years ago) is just what Indonesia needs.

For some of the ‘chosen’ destinations, surfing could be key to Indonesia’s planned tourism breakthrough.

As Wavelength recently reported, one of the most interesting destinations for surfers is Morotai Island – “the most remote, pristine and wave-rich of the earmarked locations.”

Dangling at the top of the Maluku archipelago in northern Indonesia, Wavelength reports, “just over 50 thousand people live on [Morotai], which is roughly the size of Dorset [think: three times the size of Byron Bay].”

“The densely forested interior remains largely unexplored, even by locals. So much so, in fact, that a Japanese soldier stationed on Morotai during the war managed to live in the jungle completely undetected for almost 30 years, before finally emerging from the wilderness to surrender in 1974,” (Wavelength).

Also key, is Morotai is at its best during Bali’s (and much of Australia’s) surfing low season. This fact could potentially – if it broke into the Australian public consciousness – help Indonesia be considered a year-round destination to visit for wave sliding.

Morotai Island is also the perfect (potential) example of how this ’10 new Balis’ plan could change Australians’ (and for that matter the world’s) perception of Indonesia.

Though the hook for each ‘new Bali’ will be different (only a few of them offer surf), the principle of attracting a certain kind of ‘lifestyle’ or adventure tourist, then from there building a tourism community, remains the same.

Perhaps, just as happened over decades in Bali, from the first few intrepid surfers (which already exist) the associated extras on Morotai Island will flow once more facilities are introduced (think: the sunbaking, the shopping, the partying, the kale smoothies, the artists, the day clubs).

Though a Wavelength reporter on the ground in Morotai said the general reaction to its inclusion in the ’10 new Bali’ plan was “of optimism” there remains fears not just that the unique local surfing culture could be degraded (as the Sydney Morning Herald warns) but also – as has happened in Bali – these 10 new paradises could fall prey to the common traps of tourism – pollution, corruption, exploitation.

As the ABC reported in January, another of the earmarked ’10 new Balis’ – Likupang’s Pulisan Beach – faces a rubbish problem despite the flawless “Instagram veneer.”

“There are no flushing toilets at Pulisan Beach and generally the region’s infrastructure has seen better days,” the ABC reported.

“In Likupang’s town centre, a few chairs and plastic tables in a shed constitute a restaurant.”

“The service is friendly but a world away from Bali’s five-star resorts and English-speaking staff.”

RELATED: The Refreshing Truth About Bali’s Most Instagram Famous Oasis

According to the ABC, tour guide Malcolm Barnes is happy about the extra investment but wants waste management plans.

“What I really worry about is overcrowding. [In Bali] there’s so much trash that can’t be managed,” he told the ABC.

Though tourism in all of Indonesia is currently down (as it is in most places, thanks to the pandemic), as we see the travel industry return from The Bat Kiss, these are all important factors to keep in mind as Indonesia pursues this lofty goal.

To read more about how the ’10 new Balis’ plan will shape the future of southeast Asia’s tourism industry, Invest Islands’ report is a good place to start.