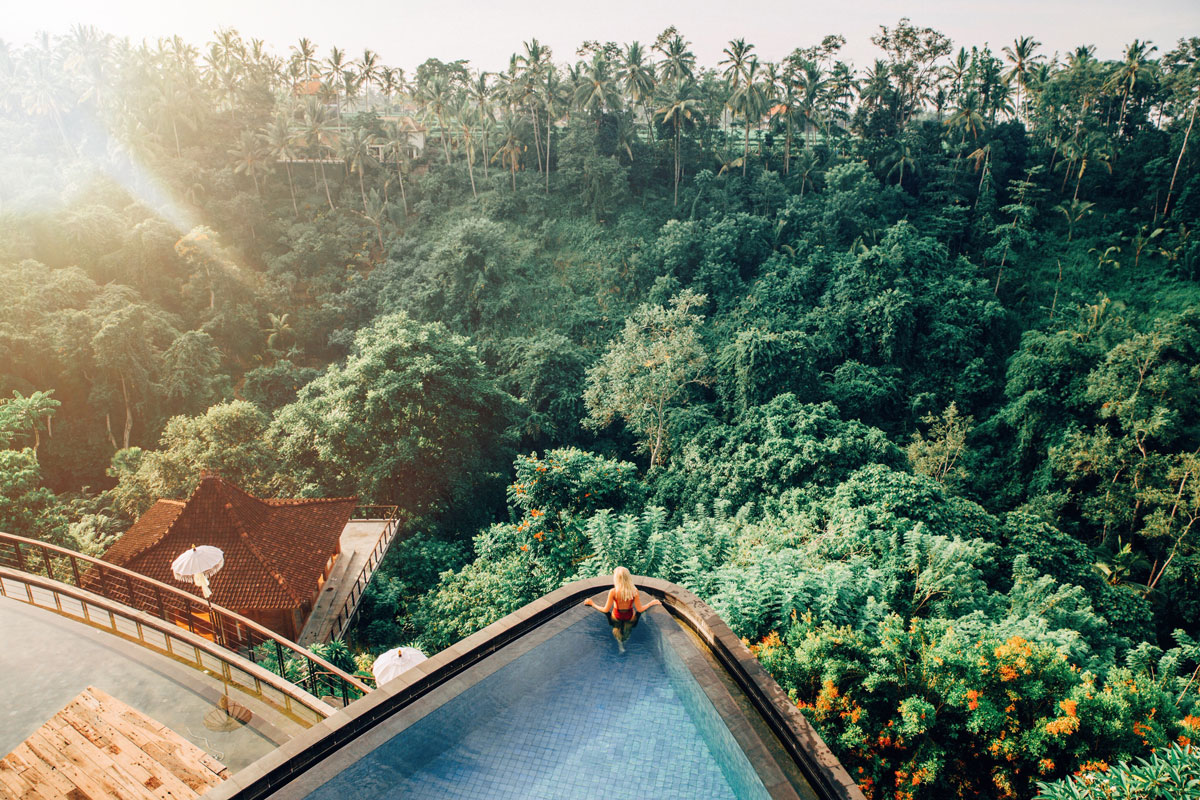 Expats who decided to remain abroad (and professional surfers visiting Bali on ‘social visas’) have been giving Those Stuck At Home severe FOMO for months now.

The day clubs may trill a little quieter these days (and, as the Sydney Morning Herald has reported, it’s not all beer and skittles). But still: by other metrics (i.e. Instagram), Bali is as much a paradise as it was before – perhaps even more so.

On that note: despite the uncertainty around travel insurance and Indonesia not having the medical infrastructure many travellers are used to at home, the desire to travel internationally again is thrumming all around the world.

While other countries tentatively indulge in this, Australia, thanks to its relatively low number of Covid cases, has more to lose from opening its borders and allowing its constituents to travel again.

The upshot? We’re seeing our friends around the globe start to stretch their legs again, while we get restless feet (and while our government’s international travel ban remains in place).

This goes against the official position which is that international tourists are banned from Bali until 2021.

The Bali Sun claims “multiple local Bali news outlets” have run stories on the leaked document, and its rumours.

The rumours have not been verified by the Indonesian government, however, and officials have not (at the time of writing) made a statement in response to them.

According to The Bali Sun, “The stories are coming from a leaked memo that was widely circulated on social media and also shared with The Bali Sun regarding a meeting of high level officials.”

The meeting allegedly took place at a hotel last Friday between the The Bali Airport Authority, The Minister of Maritime Affairs and the Director General of Indonesian Health.

The Bali Sun cites an interview with local media, in which the Bali Governor, Wayan Koster said the meeting had taken place, but said the matter of re-opening was still being discussed.

Once again reminding readers the following information has not been verified by Jakarta, The Bali Sun shared the details of the so-called memo.

“According to the meeting minutes, passengers will be tested for COVID-19 with a PCR swab test upon arrival at the airport.”

“They will then be transferred to designated ‘quarantine hotels’ while they await results from the test.”

“The traveler will be responsible for the cost of the PCR test and the hotel room while they await results from their COVID-19 test. The results are expected to take 3-4 hours.”

As the Sydney Morning Herald reports, “Bali’s economy is heavily reliant on foreign tourists and has been smashed by the coronavirus pandemic with hotel occupancy rates dropping by up to 95 per cent.”

“The decision to keep the borders shut will be a significant further blow for the large number of people dependent on jobs in tourism.”

This – and the statistic that “a whopping 1.3 million Australians travelled to the island in 2019” – means it is likely Indonesia is planning to open up Bali to international tourists, particularly Australians, as soon as feasible.

Whether that’s in December or next year remains to be seen.