“She… tries to sneak back… but is immediately busted by the FAs.” 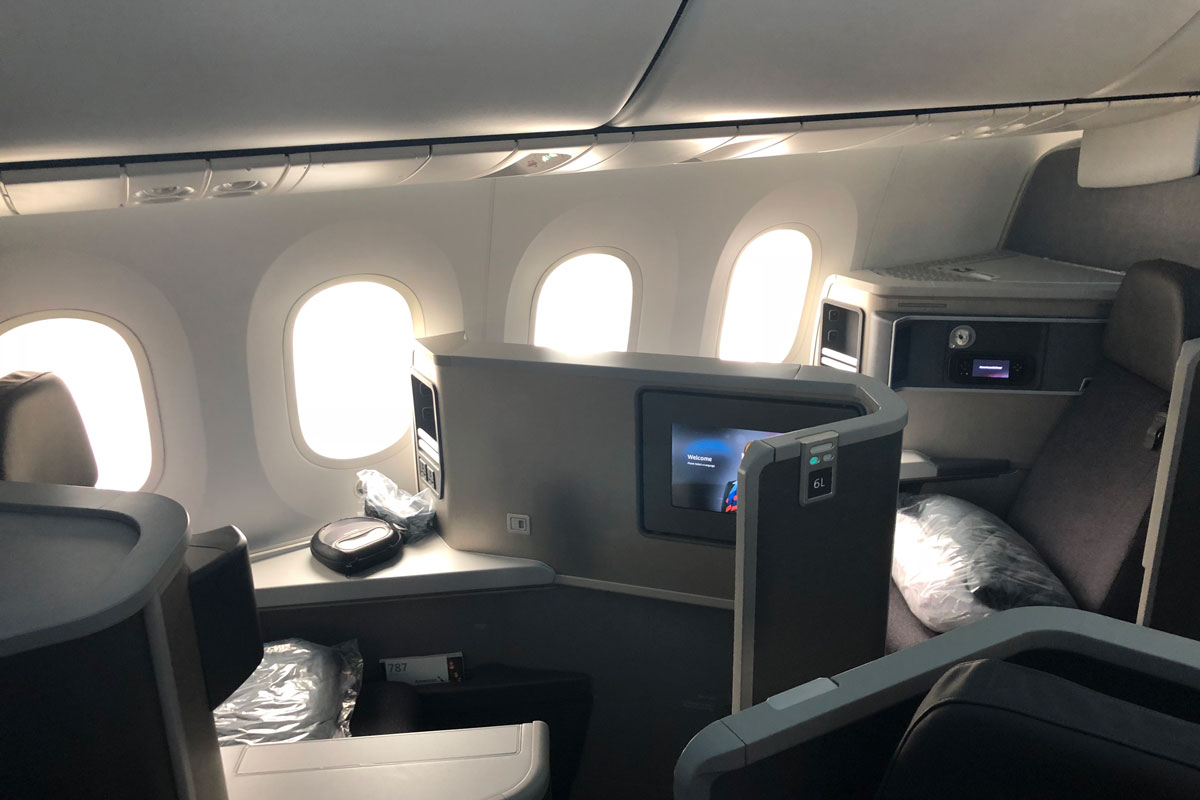 Business class may be a luxurious playpen, but it’s not perfect. From the infamous ‘nutgate‘ incident at Korean Air to Virgin Australia’s more recent ‘noodlegate‘ run in, we’ve been shown time and time again neither the pointy end product nor people are beyond reproach.

Enter: the latest incident of a business class passenger being kicked off a flight.

Police removed two women from American Airlines flight 772 from Dallas Fort Worth to Miami on the 30th October, The Independent reports, after one of them tried to hide in the footwell of her friend’s business class seat.

The plan was for her to remain that way the whole flight to “drive viewers to their Youtube channel” one aggrieved passenger, who witnessed the incident, claimed on aviation forum Flyertalk on October the 31st.

“When you think you’ve seen it all and proving that society is becoming stupid and of course ONLY on a MIA [Miami] flight was what I witnessed last night DFW/MIA in J on the 772.”

“I was seated in 5J and during boarding the woman across from me had a friend come up from Y and visit. I saw the friend crawl under the J seat (more exactly the television console) but began to watch a movie. Well apparently the plan was for this woman’s friend to remain there the entire flight as it’s something they thought would drive viewers to their ‘You Tube Channel.'”

“The flight was 100% full but the FAs noticed on the taxi out that one Y seat was empty and there was a purse sitting in the seat. Paxs around that seat said the woman just got up and left. So there’s an announcement for this pax to identify herself or we can’t take off. At that point I realize that she’s hiding under her friend’s J seat. I can tell the a/c is pulling off the taxiway to park and as soon as it’s parked my intention is to ring the call button if this woman doesn’t give herself up. She does and tries to sneak back into Y but is immediately busted by the FAs.”

“Chimes starting going off and the FAs announce that the a/c is going to be moving and that all to take their seats. Most of the a/c has no idea of what is going on but the Captain announces that there is a ‘security issue’, we’re going back to the gate to ‘take care of it’ and will then be on our way.”

“By then the forward compartment of J (me included) is crucifying the woman because her stunt is forcing us to return to the gate. She’s screaming that she’s being disrespected, did nothing wrong, she paid good money for her ticket and that she has a child at home waiting for her. By then she’s also taken off her mask.”

“Supervisor comes on (not sure what’s happening with the woman that went back to her seat in Y) and tells the J passenger ‘miss you need to gather your belongings and come off the a/c.’ The passenger refuses and continues to scream sans mask. In the interim the Captain bolts out of cockpit, very unhappy and tells the woman to get off the a/c. She refuses and the police show up to drag her off. In the meantime another pax in Y starts to cuss out a FA because of the delay and the police drag him off.”

“Later the Captain asked me what I saw and I thanked him for throwing them off the a/c. He said there were ‘a couple more Security concerns with them’ in addition to what I saw.”

“This was after we had a 90 minute delay because a catering truck had hit a cargo door. While I doubt they were arrested I hope these paxs were immediately banned from flying AA and told to find another way home to MIA. And not refunded their tickets.”