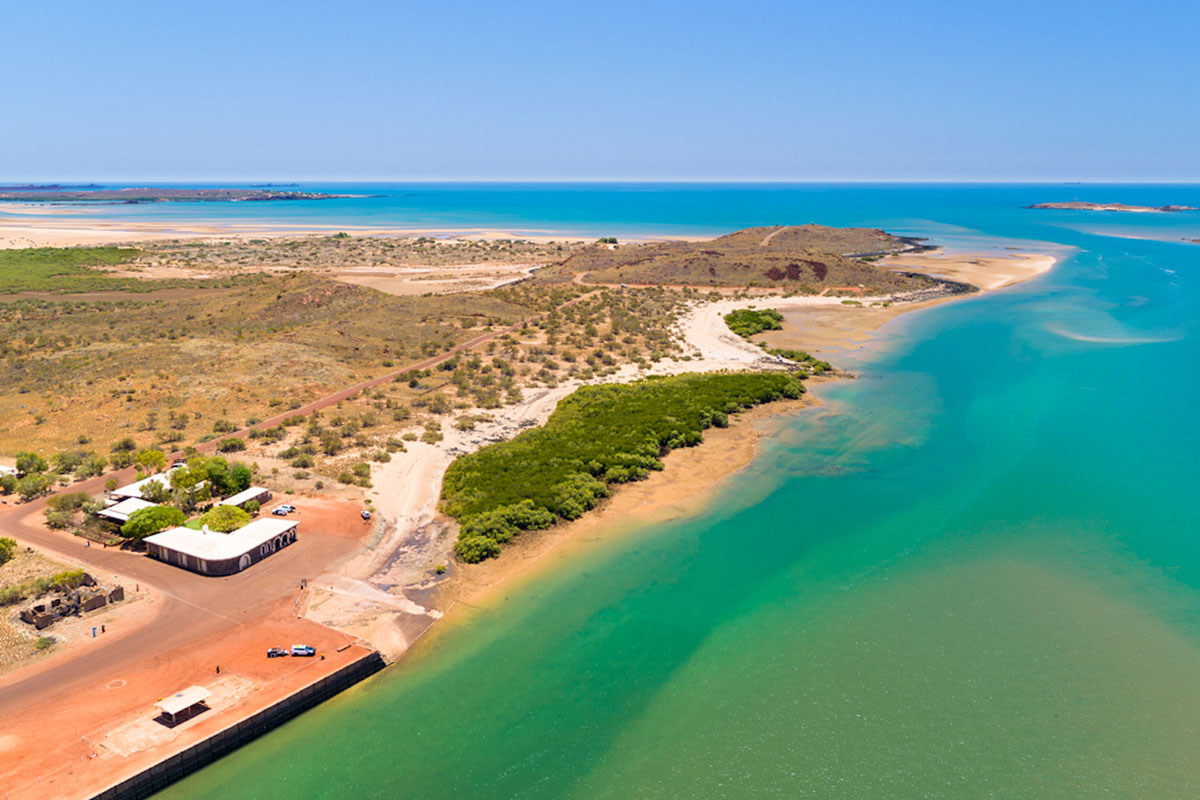 As holiday destinations crumble around the world, the travel industry faces a $1 trillion dollar loss, and as the UN reports 100 million jobs are now at risk thanks to the Pangolin Parade, it’s refreshing to see there are still areas in which the business of travel is growing.

Enter: Cossack, a ghost town in Western Australia. Situated 1,300 kilometres north of Perth (a 16 hour drive or a few hour flight), Cossack was previously a gold rush town and a pearling port, before being left for dead in 1950.

It also has a dark history, with atrocities having been committed against Indigenous Peoples in the early days of WA’s pearling industry.

It now sits eerie, looked after by a caretaker, and sees the odd tourist visit, drawn by its National Trust listed bluestone architecture.

Now though, this abandoned town could be rejuvenated. As CNN reports, “Soon… Cossack could be brought out of hibernation, as plans are reportedly underway to develop it into a bigger tourist attraction complete with eco-tourism accommodation, cafes, galleries and camping facilities.” 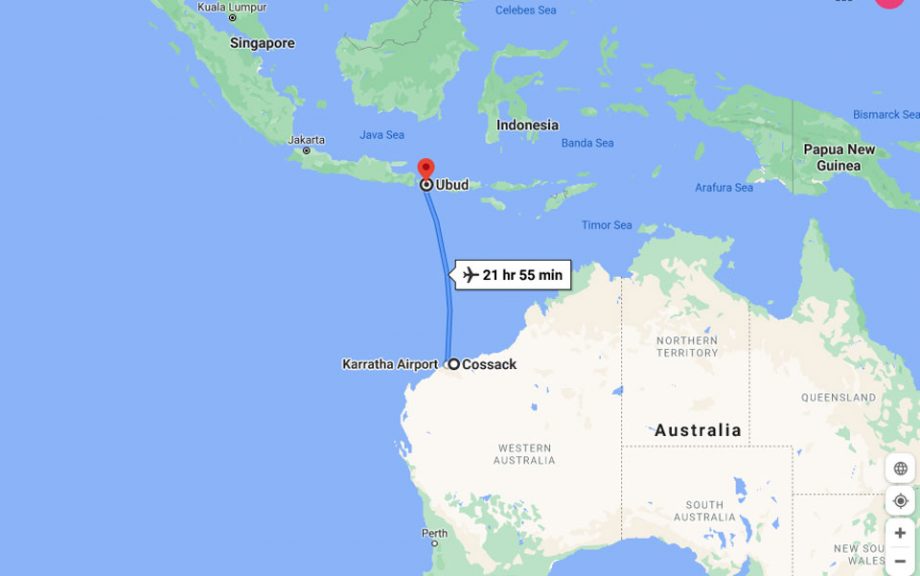 Though Cossack is drier than Ubud, it is closer in distance to Bali than Sydney. Image: Google Maps.

Of course, the ‘Eco Eden’ transformation is still very much only an idea, and even if it were to succeed its remoteness would mean it wouldn’t be exactly like Ubud.

But who’s to say a vibrant, eco-friendly community can’t come out of it?

It’s certainly the sort of thing that would make waves on Instagram, in this quirky, aesthetic obsessed era.

“Despite its remote perch in the northwest of Western Australia (WA), Cossack is in a prime location within the Pilbara region’s tourism triangle of Coral Bay, Karratha and Karijini National Park,” CNN reports.

“Developing Cossack has been debated for decades, but it wasn’t until late October 2020 that progress was finally made,” (CNN).

Cossack is also a gateway to the iconic Jarman Island Lighthouse and some of the North West’s top fishing spots.

Commercial Real Estate reports authorities have released a document asking investors to register interest in developing the town (which must be done in adherence with heritage and Indigenous land use agreements).

“The WA Department of Planning, Lands and Heritage has enlisted LJ Hooker Karratha and LJ Hooker Commercial Perth to conduct a registrations of interest campaign for the 22-hectare site, and they are on the hunt for proposals that will bring social and economic benefits to the state’s north west.”

Though the town is part of a dark period of Australia’s history, some hope it can now be part of a more positive story. It also provides a glimpse into the near future of domestic travel in Australia – an industry slated to see a boom, as international travel has become more expensive.

Natasha Mahar, CEO of WA’s North West Tourism Board spoke to CNN about the success of the town’s annual Cossack Art Awards, which have exhibited artworks from across the Pilbara region, including many incredible Indigenous works, for the last 28 years. These kinds of events are what the proposed rejuvenation of Cossack could build on.

“Outside that three weeks of the awards festival, Cossack is pretty much abandoned so it’d be great to see the town developed in a sustainable way so it can be vibrant all year round,” Mahar told CNN.

“Telling the story of Cossacks’ pearling from an Aboriginal perspective would be a great tourism initiative here,” Mahar added.

“When you walk around this empty place and see all its beautiful old buildings you feel drawn to understand its history, why it was abandoned.”

According to Commercial Real Estate, “Anna Guillesserok, LJ Hooker Karratha sales executive, said the unique offering had so far generated a large amount of interest from overseas buyers, as well as from Perth tourism businesses.”

“I think it’s going to be an excellent site for someone to develop as far as tourism goes. I think it rivals Karijini [National Park] for what it has to offer.”

“What makes it rare is that it has so much land around it and raw, natural beauty.”

Investors with proposals in mind have until 2pm on November 20th to register their interest.