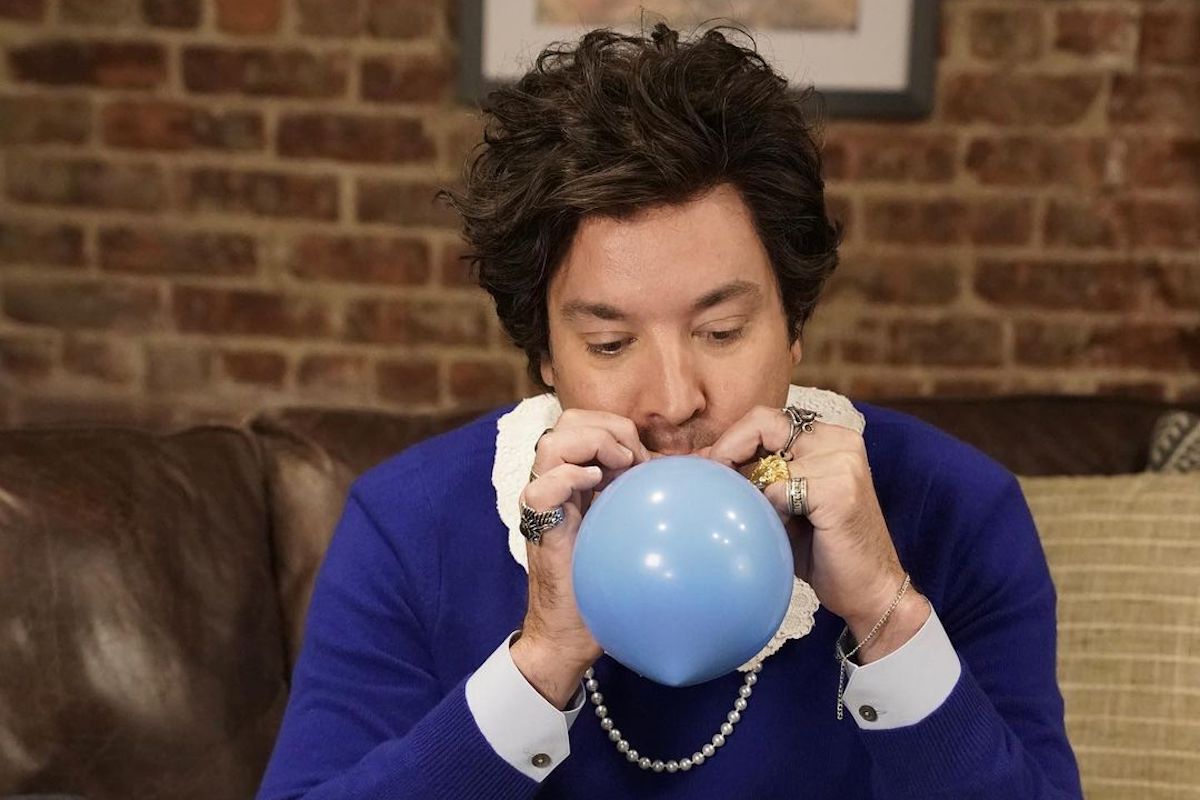 The Tonight Show Starring Jimmy Fallon is often a but hit-and-miss when it comes to its skits, but Jimmy Fallon’s teased an upcoming gag that’s sure to get tongues wagging.

Styles, formerly a member of One Direction and talented solo artist in his own right, has carved out a reputation as one of the most forward-thinking style icons of the modern era. It helps that one of his best mates is Alessandro Michele, the current creative director of Italian fashion giant Gucci. The handsome English musician has been one of the most notable proponents of degendering haute couture, regularly stepping out in lace, dresses, pantsuits and wearing big earrings among other fashion choices.

Styles’ recent appearance on the cover of US Vogue wearing a long blue gown and black tuxedo jacket (both Gucci, naturally) sent shockwaves around the globe. The 26-year-old is the first man to ever appear on the cover of the famous magazine, and his non-binary style immediately drew eyeballs.

While he’s drawn a lot of praise for his bold look, he’s also garnered criticism from other celebrities and cultural commentators, Daily Mail reports. Clearly, Fallon doesn’t know what to make of it either – or at least can pick a cultural touchstone when he sees it. It’ll be interesting to see the bit in full when it airs later on today.

It’s not the first time Styles has grabbed headlines for magazine cover appearances. He also wore a Commes Des Garçons dress on the cover of Guardian Weekend late last year, revealing in the accompanying interview that he’s not just “sprinkling in nuggets of sexual ambiguity to try and be more interesting.”

The Tonight Show Starring Jimmy Fallon airs at 11:35pm ET / 3:35pm AEDT later on today, where we’ll have a chance to see the gag in full.

UPDATE: the skit went to air, and Fallon bloody nailed it. You can watch it on full on YouTube below.