“Discomfort is your friend.” 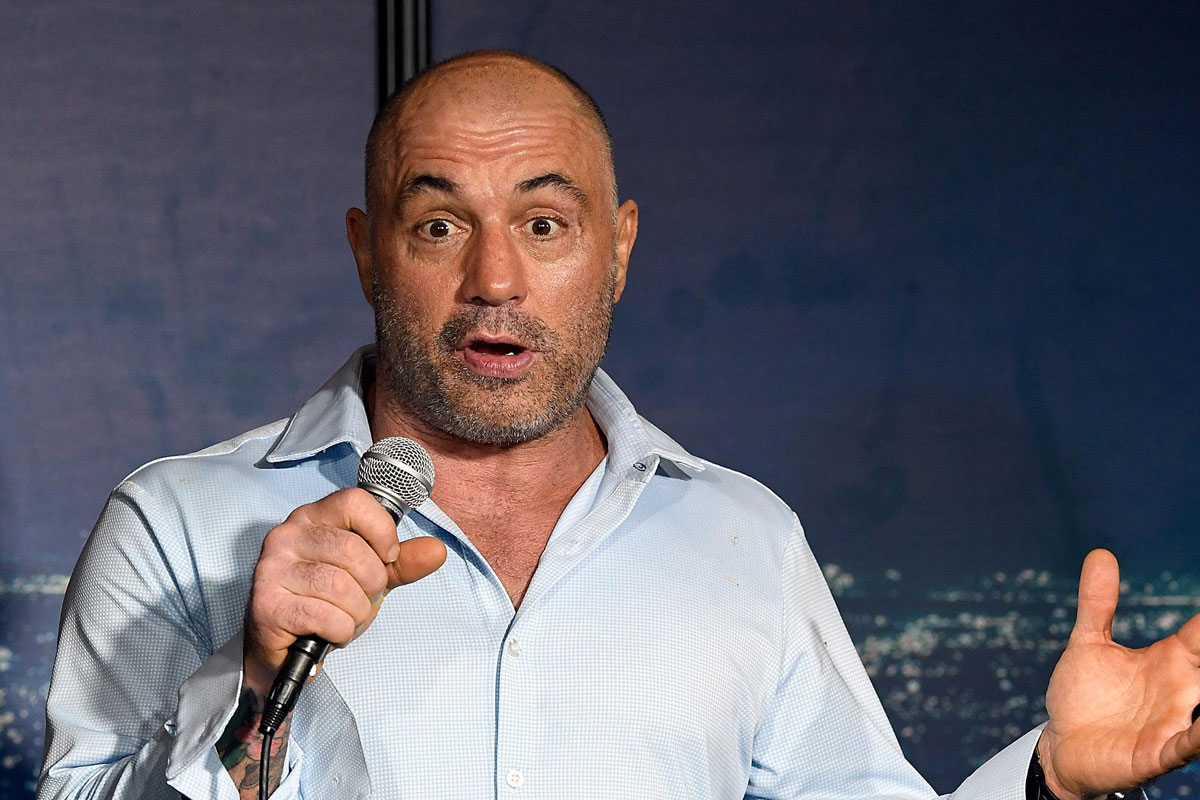 Joe Rogan just dropped some fiery fitness advice on Instagram. Controversial, if you will.

The funny thing is though: it shouldn’t ruffle any feathers. It should be well-known mental toughness is forged in a furnace.

You think Laird Hamilton, Wim Hof, David Goggans, got that way by sitting on the couch?

But in our persistence to avoid pain, and in our overreaction to any hint of danger, we have swung far away from the Viking school of thought that bred toughness.

Now we have a strong society but weak people.

That’s one (vastly oversimplified) way of looking at it.

Does it have something to it though? Whether or not you agree with those that criticise Rogan and co. for their fetish of heroes past (or whether you are more apt to join them in admiration), we invite you to read Rogan’s latest piece of fitness inspiration and decide for yourself.

The 53-year-old podcast pioneer and fitness fanatic, in a recent Instagram post, spoke about his ritual related to deep breathing when struggling in the sauna.

“Discomfort is your friend. Deep breathing in the sauna leaving me with a strange euphoria, and a general sense of calm when it’s over,” he begins.

“But I have to earn that in the last 10 minutes. The first 10 minutes or so aren’t that bad, so generally, that’s when I just lay down and relax. I just think.”

However, when it’s time to start to actually focus on his breathing, Joe takes a different tactic.

“Then when it starts to suck I take the AirPods out and I start the breathing. 6 seconds in deep and 6 seconds out. I get my rhythm and I try to think of nothing but my breath.”

Relating back to his “inner b**ch” (his inner voice that is always telling him to give up) Joe says that his “job is to ignore [it] and stay focused on the breathing.”

“When I get to the point where I am really having a hard time I promise myself 10 more deep breaths in and 10 more out.”

Joe’s words aren’t just the result of delirium; both saunas and deep breathing have both been proven to have numerous benefits for the body and mind.

Primarily, deep breathing can help lower your stress levels. Urban Balance says that when we feel stressed, our brain releases cortisol, but taking in deep breaths our heart can control the flow of oxygen into the bloodstream (to the point where the is much more flooding in) which signals for the brain to relax.

More oxygen in the blood also equals higher levels of nutrients and vitamins, according to Urban Balance. This means the blood – and the body – is better prepared to fight off any illnesses, thus improving your immunity.

Joe’s six seconds in and six seconds out technique is one of the best to follow for beginners. According to Medium, there isn’t a set number of breaths we should be taking to result in optimum benefits, but you want to be aiming to perform six to 10 deep breaths per minute (compared to the 12 – 16 you’d take normally).

As for how to take deep breaths properly? Medium adds you should sit, or even lie, down, “breathe in through your nose and fill your lungs from the bottom up, first expanding your belt, then your chest, and finally raising the collar bones.”

“Pause. Then gently exhale from top to bottom, using your stomach muscles to push out the last of the air. Pause. Repeat.”

As for Joe’s use of the sauna? That too has myriad benefits, such as improving circulation due to your heart beating faster because of the increased heat, according to Heal With Heat.

It’s combating the heart’s desire to increase its beating speed by taking slow, deep breaths, that is challenging (and which causes Joe to be tempted to give up), but ultimately is what helps to provide greater mindful benefits.

Though normal sauna use (at a normal temperature) does not pose risks for most people, the other side of the coin to feeling awesome from a tough workout is dehydration, nausea, or worse.

Get it right though and saunas have also been proven to help reduce stress levels and to flush toxins from your body (something deep breathing can also promote), so combining the two could make sense.

If you don’t have access to a sauna, you can still benefit from taking the time to stop and breathe, so make an effort to set aside 10 minutes and you’ll soon be reaping the rewards.

Finally, if you’ve not used saunas before then you’ll want to become accustomed to them first before attempting Joe’s deep breathing technique (and temperatures).

Particularly if you are going to attempt the sorts of thermometer heights the likes of Rogan and Laird Hamilton spruik (even if you have been building up to it), we’d recommend you discuss it with a medical professional first, and – much like when breath training in a pool, or anywhere at all risky – avoid doing it solo.

Maybe that’s the good thing about the 21st century? We still have the mildly insane icons to inspire us to train with old school grit, but also the technology and know-how to do so in a savvy way.

Why not make the most of it?