Rich Americans To Enjoy ‘Travel Bubble’ Australians Have Been Praying For 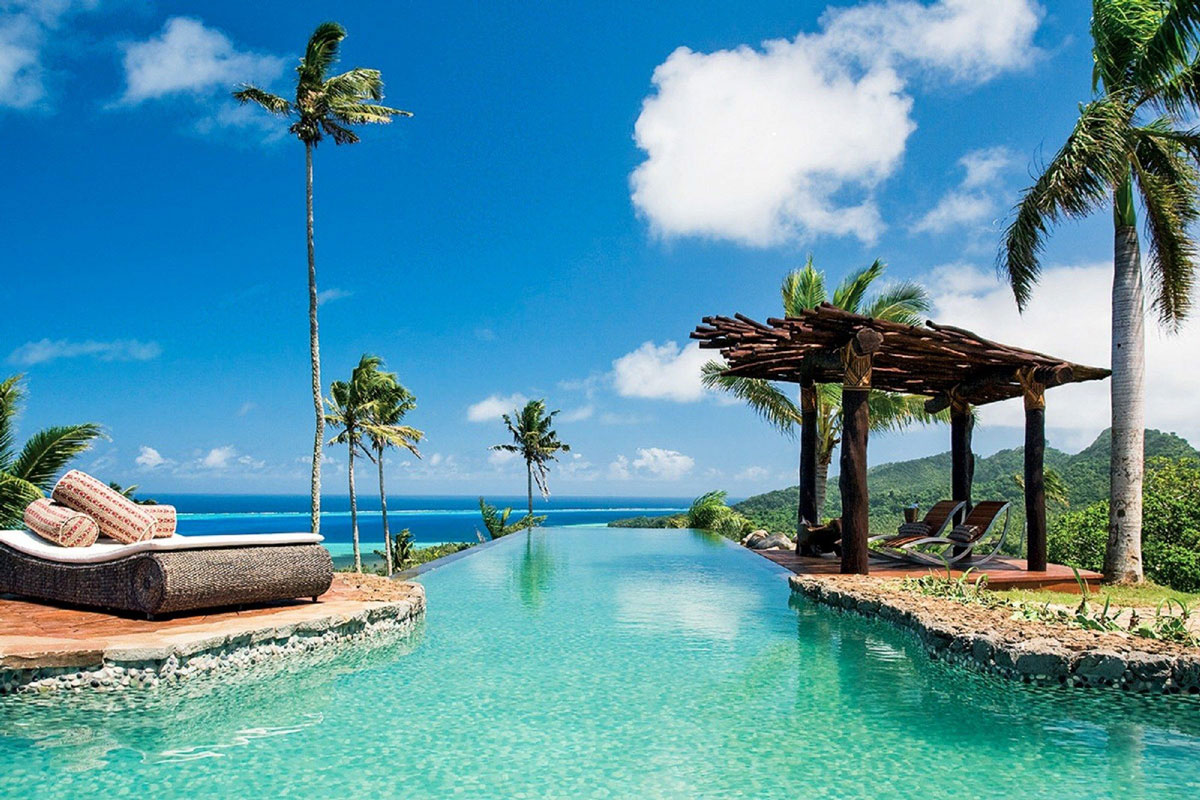 From films to fashion; technology to tipples, Australia lags behind America. One area in which we punch above our weight, however, is in ~adventure~.

Though we’re guilty of a few bad habits ourselves, Australian travellers have less of a ‘cringe-y’ stereotype than our compatriots across the pond.

To that end, we imagine ourselves vastly more adept tourists – trail blazers of the trail, first movers in the travel sphere, you (no: we) get the picture.

Imagine our horror then at reading the news that Rich Americans will be able to visit one of our favourite pacific island holiday destinations before us.

That’s right: Fiji, a nation which has announced its borders will be closed to commercial aircraft until at least March 2021, is offering wealthy travellers the chance to sneak past the rules by signing up for a personalised travel bubble at a luxury resort.

The resort in question? Laucala Private Island Resort, which has partnered with Fiji Airways, to bring travellers a unique, lavish way to burn their cash.

CNN reports up to 20 guests can fly on a private chartered Fiji Airways jet from Los Angeles to Nadi, Fiji’s primary airport and main transit hub, and that from there, “they will be transferred to Laucala, where they will have the private island resort all to themselves.”

“The few travelers allowed into Fiji at present are subject to a mandatory 14-day quarantine, but because of Laucala’s remoteness the Department of Health has permitted the program to go forward without guests having to isolate for two weeks.”

The process will require three negative Covid-19 tests – one two weeks before flying, one 72 hours before boarding (to be sent to the tourism authority in order to confirm travel permits) and another upon arrival in Fiji.

The experience will cost a casual US $490,000 (AU $698,573), which covers the plane, a minimum seven-night stay, on-island activities, food and drink and airport transfers for up to 20 people, CNN reports.

Yahoo News reports, “With Oprah as a past guest, the Fijian private-island playground of Red Bull’s co-founder is one of the world’s most sought-after stays.”

The 25 tropical villas include, according to Yahoo News, “Multiple massive stone bathtubs, countless sitting and lounging setups, and a constant flow of treats, both for sipping and nibbling,” as well as all sorts of adventurous activities (including deep-sea diving in a submarine).

This isn’t the first appeal Fiji, a nation which usually depends on tourism for almost half its GDP, has made to wealthy travellers this year.

Fiji’s Prime Minister Josaia “Frank” Voreqe Bainimarama has been talking about VIP channels since as early as June.

CNN reports a ‘blue lane’ was created earlier in the year to let travellers visit to Fiji via private yacht, with visitors doing their quarantine on board before walking on land.

Alas, the “bula bubble” – an idea floated between Fiji, Australia and New Zealand has not yet come to fruition, and Australians are still prohibited from leaving the country without being granted an exemption from the government to travel for “essential” reasons.

Reports as recent as the 6th of October suggest Fiji is still keen to create a ‘bula bubble’ with Australia (and New Zealand), but neither party is ready to press ahead yet.