“So many times we dissect failure and hardships, but we don’t dissect success.” 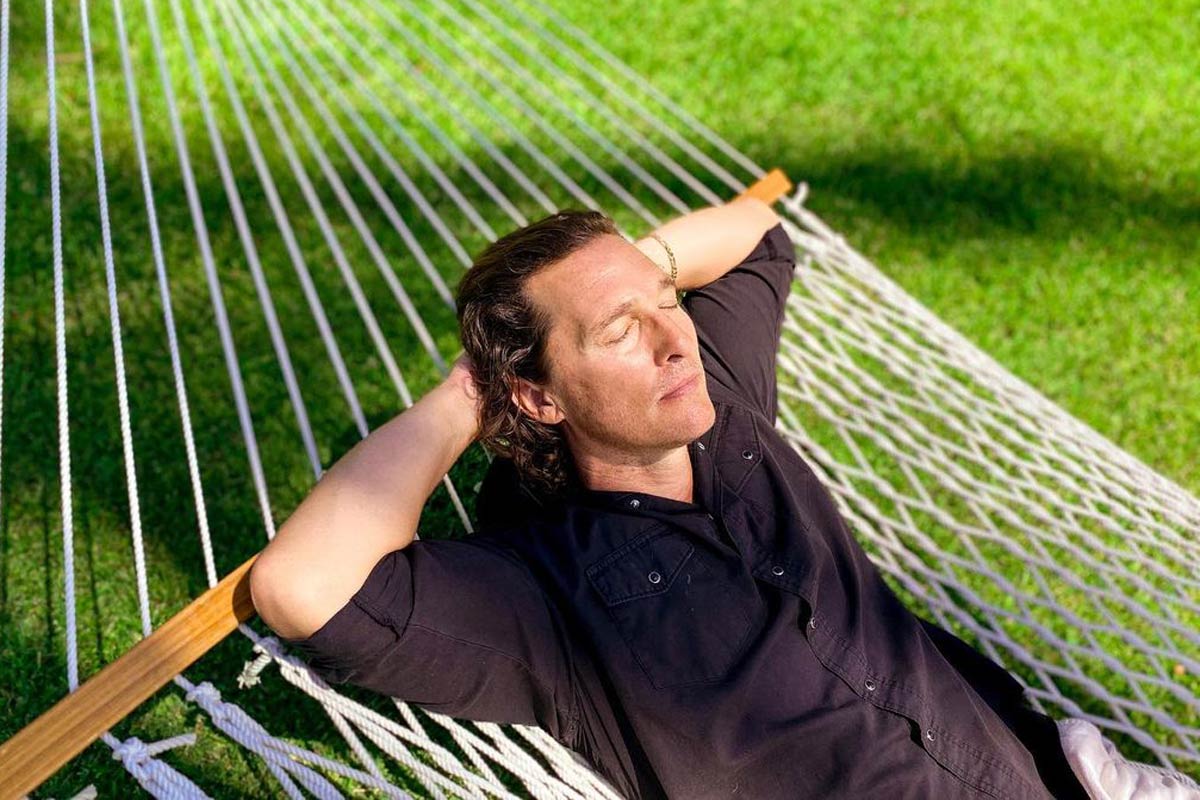 The secret to happiness is a question or a thought that has plagued many a deep thinker. Some say the answer to happiness is money, while large portions of the population refute this as being the opinion of those who already have it.

For others, finding inner peace and being happy with who you are as a person is worth more than any sum of money, but how exactly do you achieve that? Hollywood megastar Matthew McConaughey may have the answer, and it’s something that is both simple to do and incredibly common.

You may be thinking, “but I already write in a journal”, and we wouldn’t be surprised. It’s a hobby practised by many people, who find writing down their thoughts each day to be a great stress reliever. But for Matthew, who revealed he has been “keeping a journal for thirty six years” on a recent episode of The Joe Rogan Experience podcast, instead of simply writing his thoughts down – both good and bad – he chooses to revisit them at a later date.

Also importantly – and different to how most people journal – McConaughey makes an effort to keep journalling even when his life is going well, not just having a whinge into it when things are going poorly (read: us).

“My idea was that, hey, you’re going to get in a rut again. You lose your frequency, you might want this to go back and look at to help you recalibrate. And that proved to be true.”

“So many times we dissect failure and hardships, but we don’t dissect success.”

“And going back in those journals, I found that there are times when I got in a rut later and I was able to go back to those journals and go, what were your habits when you were rolling, man?”

“Who were you hanging out with? Where were you going? What were you eating, what were you drinking and how much sleep were you getting? How were you looking at life?”

“And they helped me recalibrate in the times when I was off frequency and to get back on the rails and find my frequency again.”

The Interstellar star went on to reveal more tidbits of his routines that help him achieve happiness (and which could be key to his success).

“One thing I do check in with myself before checking in with the world when I wake up in the morning.”

“Really sit there and take a little time, read a little something that’s between me and me. A little something before picking up the damn phone and saying, hey, what e-mails came in or hopping out in the kitchen and everyone is already going hey, what’s up?!”

What’s also impressive about Matthew’s commitment to keeping himself sane and happy, is that he did it all by himself and without the help of external sources such as books, teachings or classes.

“I think I figured it out on my own. I mean, the other thing I didn’t you was to book in the day before I say my prayers and night to go through the day, which I don’t know about you, but it can be hard to remember what you had for breakfast after dinner.”

“When you’re going to bed, it can be hard to remember those first things we did in the day. So I’ll go back through my day when I’m happiest. I go back to my day and I like to write a mental note of what my plans are for tomorrow.”

“That’s a big stress reliever for me. I think I learned it on my own. I’ve always been a list keeper.”

“The longer the list, the more things I can tick off that day and the more I feel like I accomplished something, it makes it kind of easy to do the hard stuff.”

McConaughey was speaking to Joe Rogan about the release of Greenlights, his memoirs in a sense, based upon his thirty plus years of journaling. Who knows, it could be the catalyst you need to turn your life around and to achieve genuine happiness.

You can listen to and watch the full interview with Matthew below.