Salt Bae has been a joyous cultural icon ever since 2017. Starting off as a butcher’s apprentice when he was young, he eventually earned his stripes as a restauranteur, then, famously – overnight – became the salt-sprinkling sensation we know him as today.

Salt Bae’s real name is Nusret Gokce, and his journey to fame began on January the 7th, 2017, the day he posted a 36-second video to Instagram titled, “Ottoman Steak.”

CNBC reports, “In the clip, Gokce performs his signature moves, slicing a bone-in steak and ending with his patented sprinkling of salt.”

According to Bustle, “This was by no means the first video that the butcher come restaurateur had posted of his impressive knife skills and unique salting technique, but it was the one to first catch the attention of the Twitterverse.”

Long story short: “The hashtag quickly caught on and within 48 hours the video gained over 2.4 million views and 8,700 comments.”

“The next day, Bruno Mars tweeted a picture of Salt Bae with the caption ‘Annndddd I’m out,’ and a meme was born,” (CNBC).

Besides his good looks and ‘cut through’ genius, another contributing factor to Salt Bae’s fame is his muscular figure.

On that note: the 37-year-old internet sensation recently shared how he keeps himself in shape – as well as an impressive body fat percentage of 5.8%. 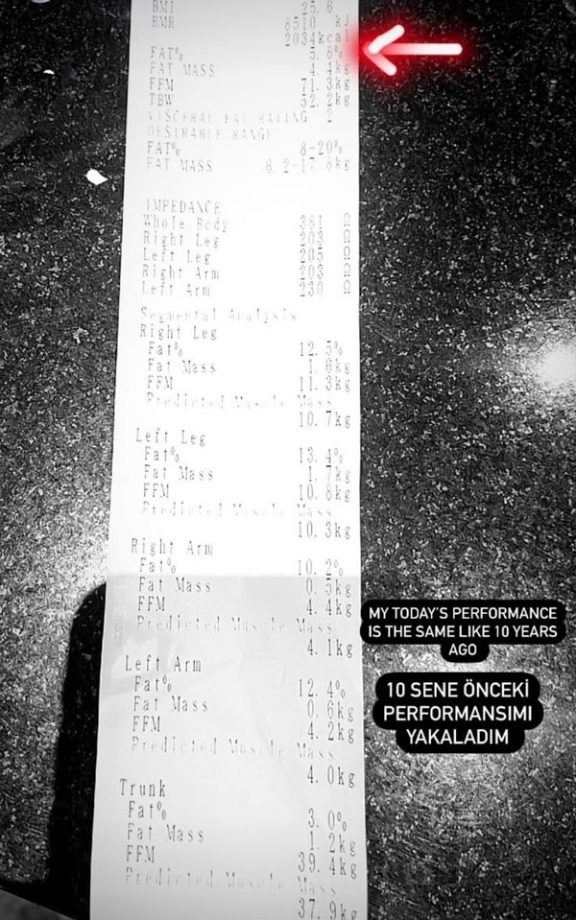 A ‘fitness receipt’ Salt Bae posted earlier this week on his Instagram story claims, “My today’s performance is the same like 10 years ago.”

Following that, Salt Bae posted a variety of exercises, which give us a sneak peek at how he stays in shape. 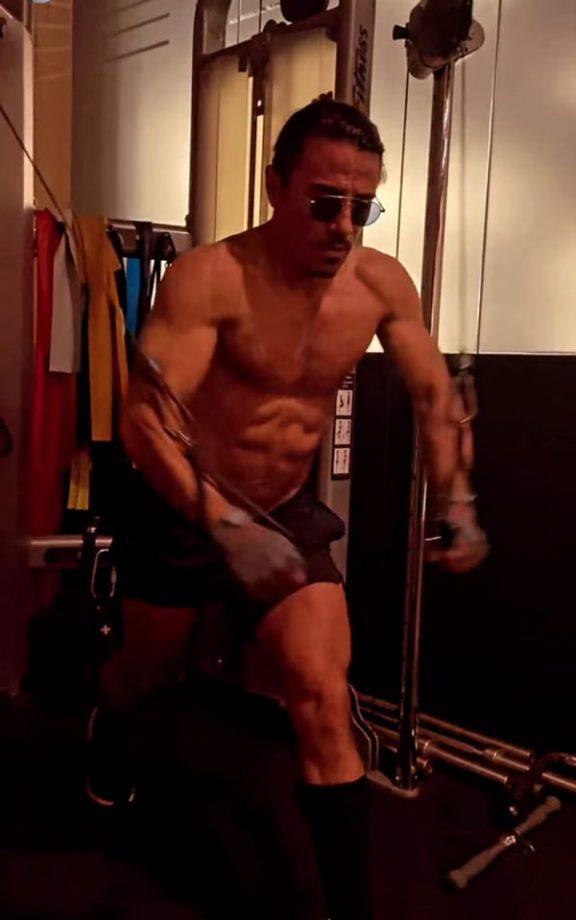 These kinds of exercises are complemented, Salt Bae has previously shared, with activities like skipping, boxing and bodyweight work.

Salt Bae has also, during previous on-grid Instagram posts, showcased some rather bizarre workouts, including tying massive boulders to his waist (to squat) and being chased by bright red sports cars, as well as multiple wacky outdoor versions of Olympic lifting.

Watch some of Salt Bae’s most gnarly workouts