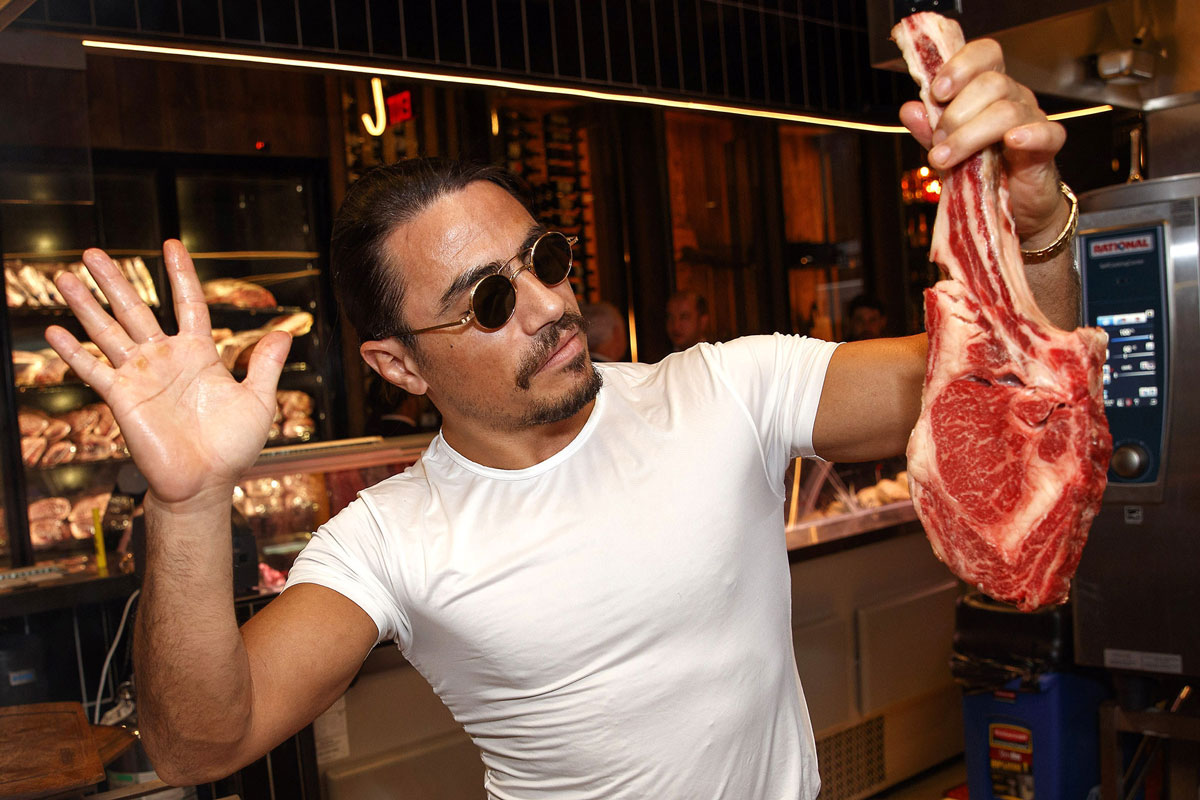 The internet’s sexiest butcher just revealed a nutrition hack which – though not the most palatable thing in the world – could take your physique to the next level.

That hack? Eating steak for breakfast.

Not sold? Hear us out.

The butcher turned chef, fitness enthusiast and salt sprinkling internet meme has been a cultural icon since going viral in 2017.

Salt Bae last week took to Instagram to showcase a “fitness receipt” which had him pegged for a body fat percentage of 5.8%.

This weekend he offered more of a glimpse into how he maintains that impressive ratio, posting a rather grim-looking breakfast (we’ll stick to our croissants, thanks) and a few of the gym exercises he’s been up to.

Salt Bae is hardly the first to jump on the meat wagon. Joe Rogan, despite at times revealing the ugly truth about it, has taken to the internet to share his very honest experience of The Carnivore Diet in recent months.

Though it is not known whether Salt Bae is 100% on a carnivore diet, or whether he simply fancied a bit of B12 for breakfast, it would appear both men have been graced with the benefits of a shredded physique.

They also both are known for busting a sweat in the gym on the regular.

Want to work out like Salt Bae? Last week he showed off how he keeps his upper body rippling (upright rows and cable flys), while this weekend he shared one of the ways he keeps the chicken legs at bay – single-leg squats.

Check out a more comprehensive guide to his workouts below.