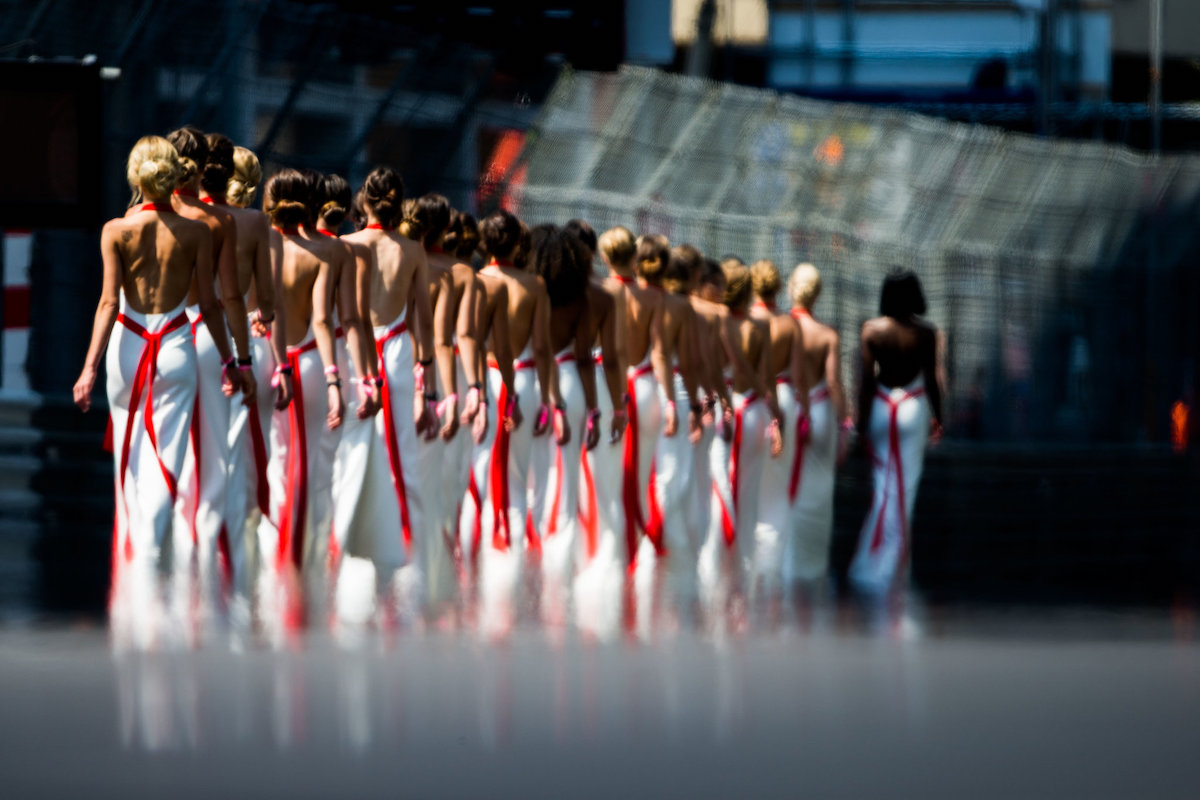 'Grid girls' at the 2018 Monaco Grand Prix. 2018 saw Formula One end the practice of grid girls who accompany the racers to the track – although we doubt there would be grid girls at a Saudi Arabian Grand Prix even if they weren't discontinued... Image: Getty

While the rest of the world has had its eyeballs fixed on the US election, Formula One has announced a new race for next year: the Saudi Arabian Grand Prix, the second full night race on the F1 calendar following the Singapore Grand Prix.

This immediately sparked condemnation from fans and human rights groups alike, as The Guardian reports. Human Rights Watch’s Director of Global Initiatives Minky Worden was especially scathing of the decision to race in Saudi Arabia:

“Sporting bodies like Formula One and the FIA cannot ignore the fact they and [their] fans are being used for sports washing. It is part of a cynical strategy to distract from Saudi Arabia’s human rights abuses, detention and torture of human rights defenders and women’s rights activists. Formula One has made human rights commitments and should explain how the company’s operations will improve human rights in Saudi Arabia… Fans, media and race teams should use this moment to say their sport should not be associated with such serious human rights [abusers].”

“We race as one, but when F1 can get money it doesn’t matter anymore,” one commenter snarked, referencing Formula One’s #WeRaceAsOne anti-racism initiative that was launched earlier this year.

Other choice comments included “another dictatorship on the calendar”, “F1 should be ashamed of itself for this”, and “maybe North Korea next?”

“Wonder if Lewis is gonna make statements against the complete lack of human rights in Saudi Arabia,” one mused. Hamilton is yet to comment on F1’s decision, but it’s not impossible to imagine him boycotting the race.

Another wondered why a Saudi Arabian circuit in Jeddah was being added to the calendar when well-regarded circuits that were raced in 2020 have been axed for 2021, such as the famous Nürburgring in Germany and Imola in Italy: “we have to race in Imola, Portimão and Mugello, not these horrible circuits.”

The largest economy in the Middle East and home to the Islamic holy cities of Mecca and Medina, the Kingdom of Saudi Arabia is considered one of the worst abusers of human rights and one of the ‘least free’ countries in the world, according to NGOs like Freedom House. Led by Crown Prince Mohammed bin Salman, Saudi Arabia has embarked on a concerted reformist campaign in recent years, with bringing big-ticket sporting and cultural events to the Middle Eastern monarchy a big part of their push to improve their global image.

Saudi Arabia is far from the only country with a questionable human rights record to host a Formula One Grand Prix. Azerbaijan, Bahrain, Russia and the United Arab Emirates will host Grands Prix in 2021, and countries like China and Turkey have also seen F1 events in recent years.

On the plus side, 2021 will also see the Australian Grand Prix at Albert Park in Melbourne return to the F1 calendar… But that’s cold comfort to any Aussie race fans who give a toss about defending human rights.