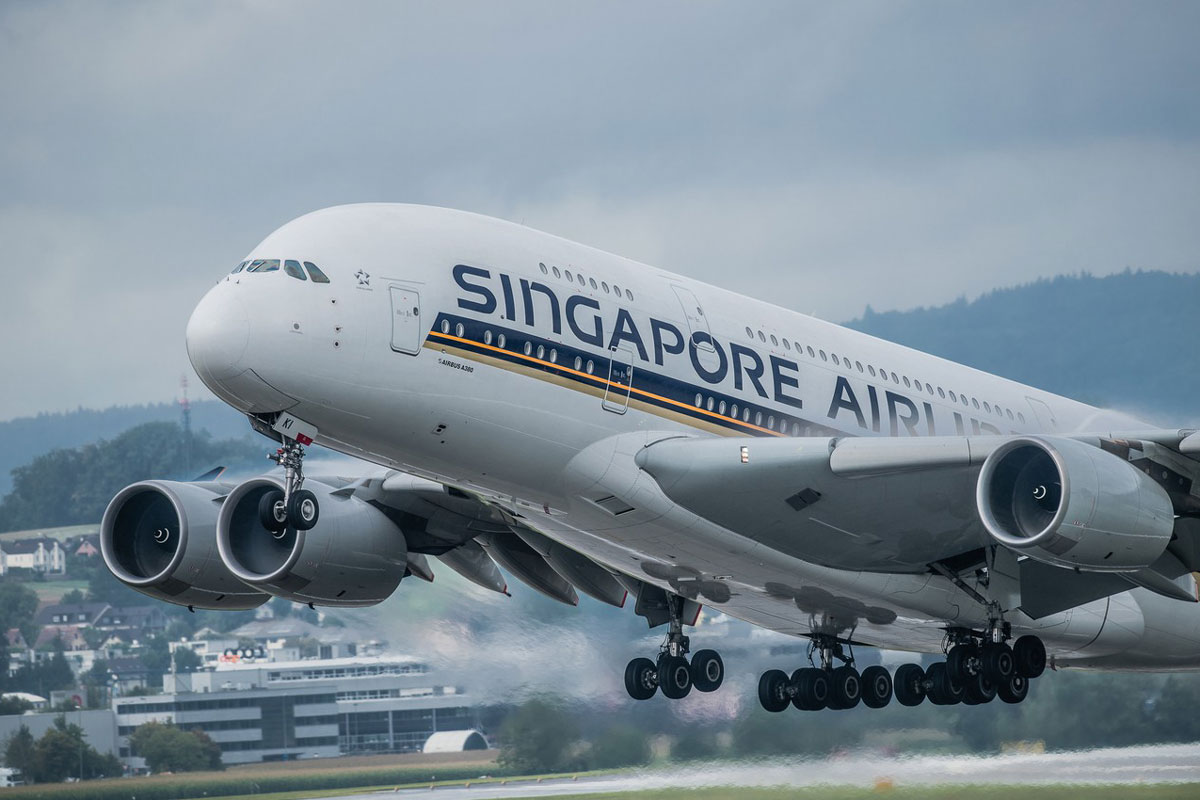 It’s been a seat-shuddering year for airlines.

For Singapore Airlines the devastation of the global travel tourniquet was laid bare on Friday, as the airline announced a Group revenue decline of $6,691 million (-80.4%) year-on-year to $1,634 million in the first half of the financial year.

This has been attributed to passenger traffic falling 98.9% amid tight global border controls and travel restrictions.

The airline also lacks the domestic cushion of the likes of Qantas, American Airlines, etc.

Though it was partially offset by stronger cargo flown revenue (up $274 million, or +28.3%) as countries sought to restore global supply chains, this barely made a dent overall.

The SIA Group swung to an operating loss of $1,863 million for the first half, a $2,276 million reversal from an operating profit of $413 million last year.

This has been attributed to the aforementioned deterioration in operating performance, as well as three non cash items.

The first of the three (for the other two see the full release here), perhaps of most interest to airline lovers, is an impairment of $1,333 million on the carrying values of older generation aircraft, with 26 aircraft deemed surplus to fleet requirements after completion of a review of the longer-term network.

The ones retracted “will presumably from the older ‘original’ of the superjumbo fleet which introduced the airline’s private first-class suites,” Executive Traveller reports.

Singapore Airlines hinted at this cull in July, though nothing official came of it. Now the decision has been made, frequent flyer bloggers have taken to the internet to voice their thoughts.

One Mile At A Time blogger Ben Schlappig wrote “the airline just took delivery of five A380s within the past few years, featuring brand new cabins.”

In light of this, he predicts “there are definitely still going to be routes where there’s demand for A380s, like Singapore to London, Sydney, etc., and these are markets where Singapore Airlines wants a product advantage.”

Schlappig anticipates Singapore Airlines’ A380 service to New York will be on the chopping black, with the remaining A380s being used for nonstop key markets like London, Sydney Paris and Melbourne.

Singapore Airlines is not alone in culling cumbersome aircraft, which are only profitable with a booming customer base.

One Mile At A Time reports “pre-pandemic there were 14 airlines flying the Airbus A380.”

Now there are a lot fewer in the sky; according to One Mile At A Time, Air France has retired its 10 A380s, Lufthansa has retired its 14 A380s (with the option to reactivate them), Qatar Airways’ CEO has said the airline’s 10 A380s won’t fly for at least a couple more years, Etihad’s CEO has said the “jury is still out” on the airline’s 10 pA380s ever flying again and Qantas has said its 12 A380s won’t fly for at least several years.

This also comes in a context where innovation is occurring in the smaller aircraft space, with the record for the longest commercial flight a single-aisle aircraft has ever been used for having been broken in October.